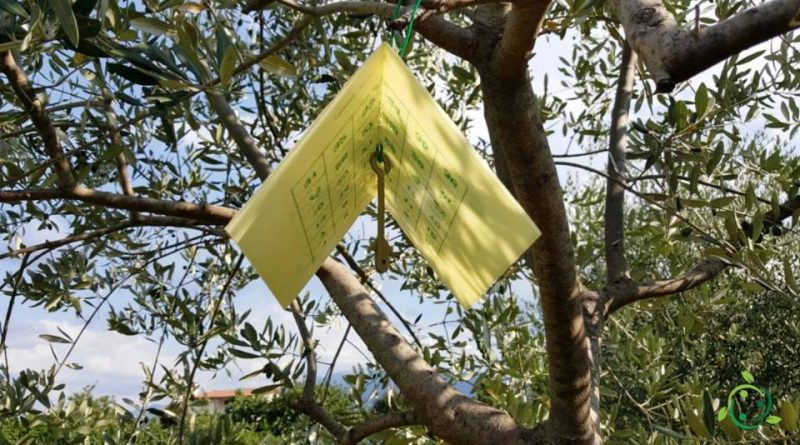 An entomological trap is a device which, by exploiting different solutions and mechanisms, is able to attract and capture insects.
An insect trap in order to perform its function must be able to attract specimens of a specific species and hold them back or kill them. Insects are attracted and captured, with different mechanisms, exploiting the perceptive abilities of insects towards different factors such as: light, colors, volatile chemicals.
The capture mechanism takes place with a system that then prevents the removal of the insect or, more frequently, with the use of substances that hold it back or kill it.
Insect traps are used with different objectives and purposes. In general, from this point of view, two types of insect traps can be distinguished: for monitoring and for mass capture.
The monitoring traps are used to detect the dynamics of populations over time and are performed for study purposes or to establish the useful threshold of phytosanitary intervention.

Traps for mass trapping or mass trapping are used to capture the greatest number of adults, of one or both sexes, to reduce the reproductive potential of a harmful species and keep its population within levels that do not constitute economic damage but are sufficient to maintain a trophic base for natural antagonists (predators and parasitoids). In this case, the use of traps is a means of biotechnical control applied both in biological and integrated control.
In general, the following types of insect traps can be distinguished:
– Traps for monitoring;
– Traps for mass capture;
– Light traps;
– Chromotropic traps;
– Chemotropic traps.
Depending on the type of trap, there are different ways of placing them in a portion of cultivation and their density per unit of surface.