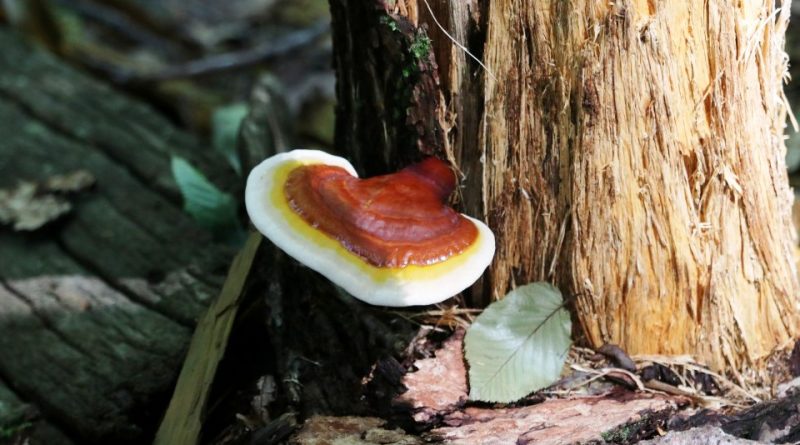 Geographic Distribution and Habitat –
Ganoderma lucidum is generally a saprophytic fungus that grows in late spring, summer and autumn, on broad-leaved trees, especially oak and chestnut, and sometimes even olive trees. 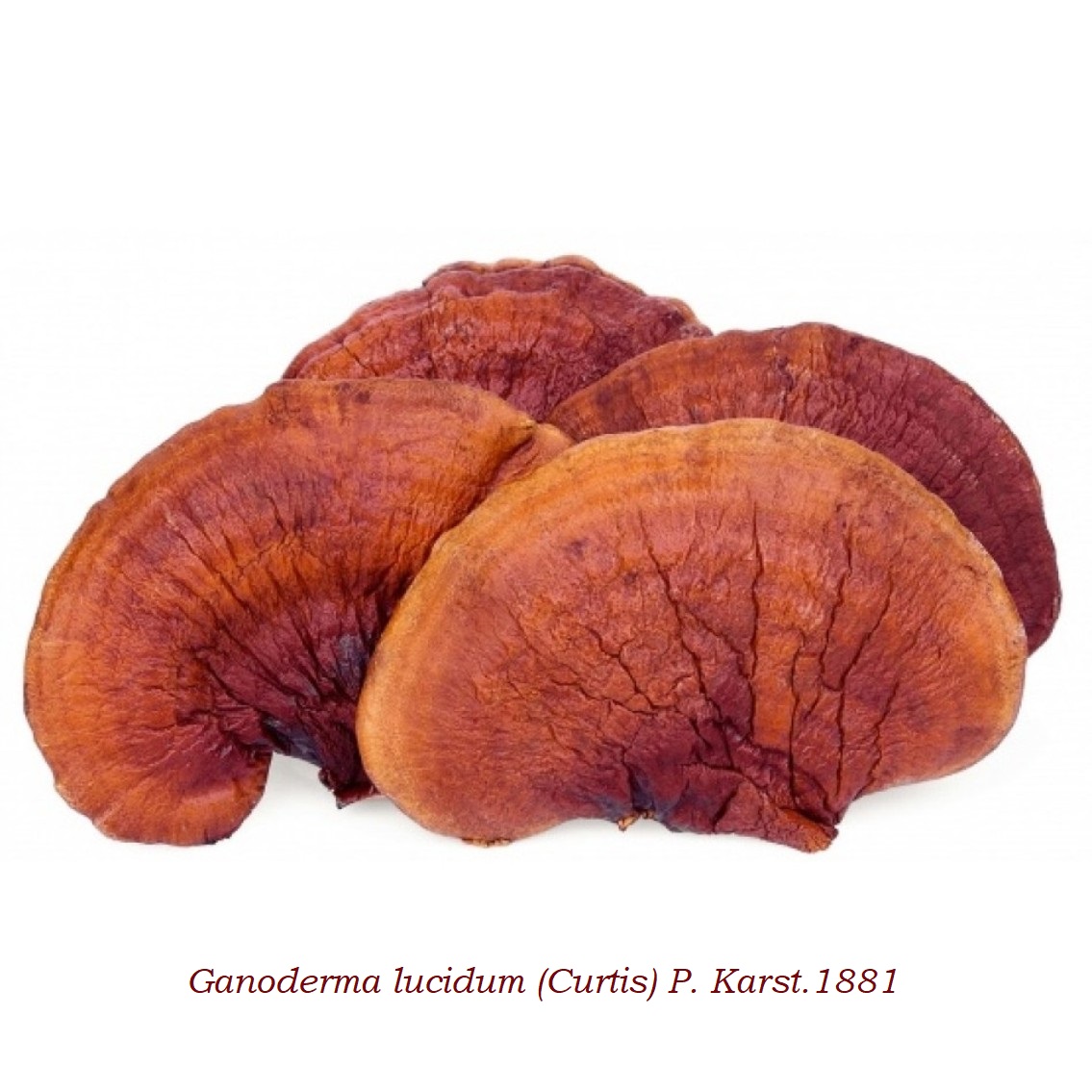 Recognition –
Ganoderma lucidum is recognized for having a hat up to 15 cm in diameter, circular, kidney-shaped or fan-shaped, with vertical or oblique stem, glossy-lacquered or opaque surface in very old age, reddish-brown color, with a yellowish edge of the hat, often with concentric streaks that give it a zoned appearance.
The tubules are short, 10-20 mm high, white and then yellowish.
The pores are small, have a diameter of 0.2-0.3 mm, 4-5 in number per mm, round-irregular, white-yellowish.
The stem is almost always eccentric, concolorous to the cap or darker, of variable size 15-30 cm, nodular, shiny, rarely absent.
The flesh is elastic, then leathery, woody but not too much, almost rusty, with a light, pleasant smell of tannins and a woody, tannic flavor.
In old age it can be subject to the attack of woodworms which practically reduce it to dust.
Under the microscope, spores of brownish color in mass, ovoid, with the truncated apex, warty, 9-11.5 x 6-9 µm, are recognized.
The basidia are claviform, tetrasporic.

Cultivation –
Ganoderma lucidum has been cultivated in China and Japan since ancient times, dried and then reduced to powder; it is used for the preparation of decoctions, ointments, liqueurs or is simply transformed into tablets.

Preparation Method –
Ganoderma lucidum is one of the 10 most effective natural therapeutic substances in existence. In China and Japan it is considered the mushroom of immortality. It is used in the form of powder, in aqueous decoctions, in alcoholic extracts or in capsules, due to its marked pharmacological properties.