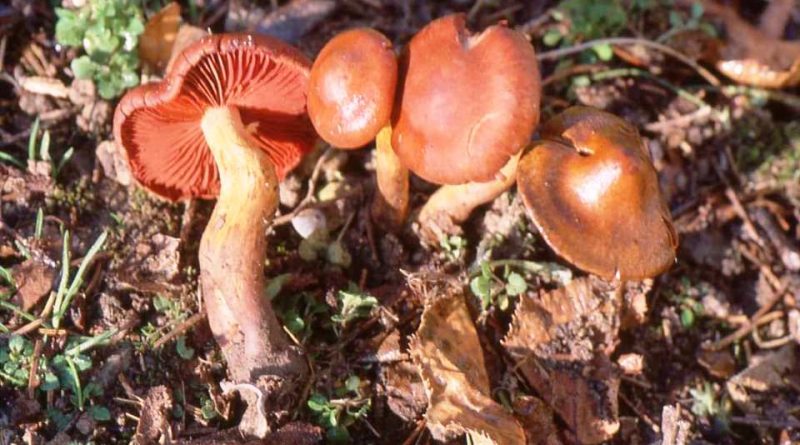 Etymology –
The term Cortinarius comes from curtain: with a curtain, due to the characteristic residues of the partial veil from the edge of the hat to the jamb.
The specific epithet orellanus, according to the author Bruno Cetto, is due to the reddish-orange color similar to annatto, a dye obtained from the liquid secreted by Bixia orellana.

Geographic Distribution and Habitat –
Cortinarius orellanus is a late autumn deadly mushroom, somewhat rare in Italy but faithful to the places of growth. This mushroom grows from August to October, in large groups but also solitary, under broad-leaved trees, preferably under Quercus and Fagus, it often also binds to the Hazel. The growth areas are not equally distributed in the territory, however it is always present with abundance in the usual growth stations. 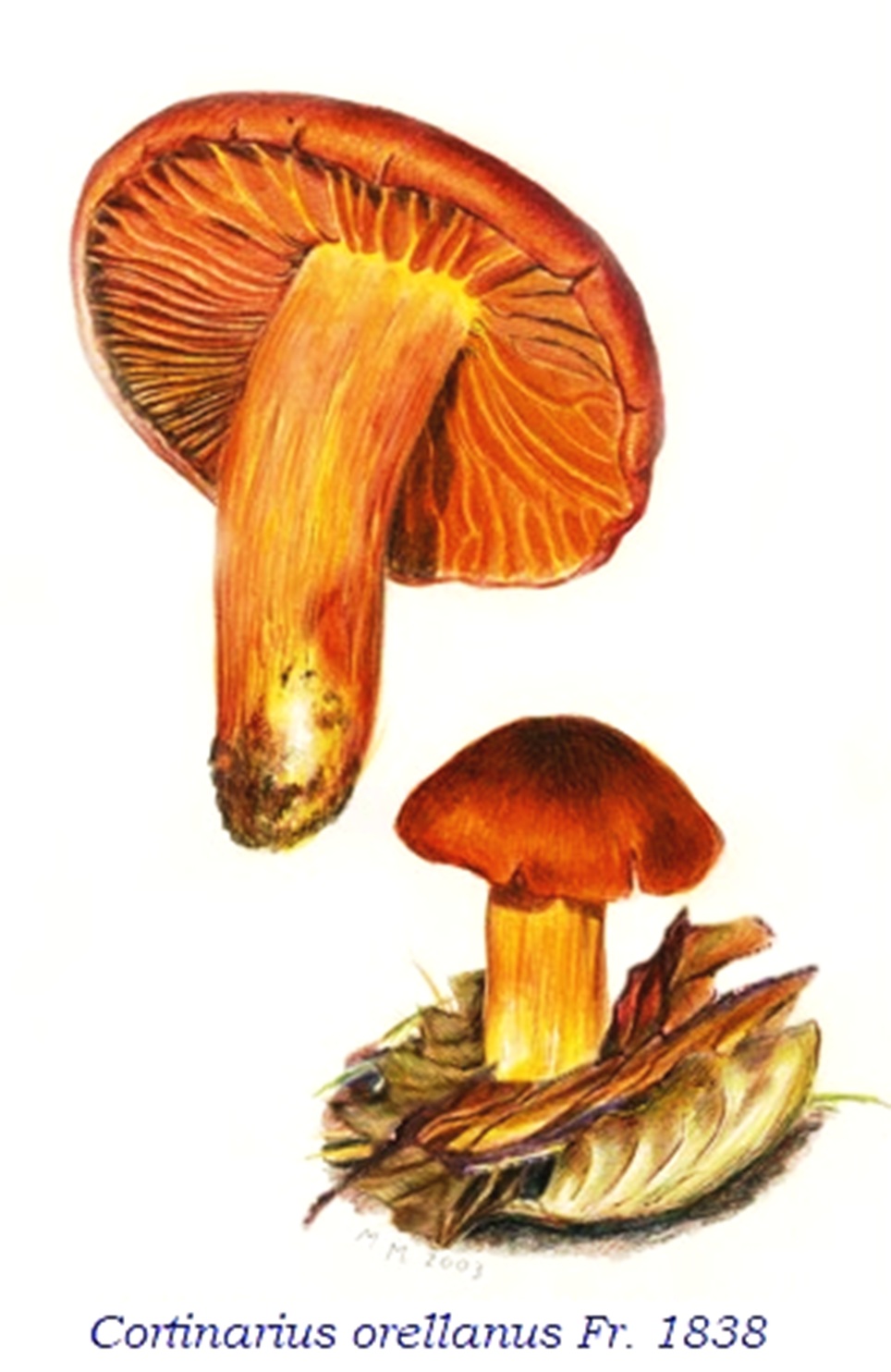 Recognition –
Cortinarius orellanus is recognized for having a very thin cap, irregularly hemispherical, then flat and finally depressed, with a large and not very prominent umbo with an often irregular and lumpy shape; the diameter ranges from 35 to 85 mm; margin convoluted and at the end open, wavy and variously detected. Surface finely covered with minute fibrils, with a silky-opaque, brick or reddish-brown somewhat homogeneous appearance.
The gills are spaced and evident, adnate-hooked, thick and wide interspersed with gills, tobacco-cinnamon color.
The stem is on average slender, 50-120 mm high by 7-13 mm in diameter, firm and fibrous, ocher, and decorated with reddish brown fibrils, more or less tapered at the base.
The flesh has a straw-yellow color with reddish hues, brick-rust under the cuticle, silky and compact in the stem, very thin in the cap, with a smell of turnip, light and inconstant and a sour-sweet taste.
Under the microscope, elliptic spores are recognized, with minute and dense warts, of a rusty color in mass, 9-12.5 x 5.5-6.5 µm.

Cultivation –
Cortinarius orellanus is not cultivated mushroom due to its poisonousness.

Customs and Traditions –
Cortinarius orellanus was considered an edible mushroom until a few decades ago; it has only recently turned out to be a deadly species due to mass poisoning in Poland which resulted in numerous deaths; this made it possible to discover the presence of the toxin contained in it, which is orellanin, the effects of which affect the kidneys and occur even after 14 days of incubation.
The fungus is therefore responsible, together with Cortinarius rubellus, for the infamous “orellanic syndrome”.
Following acute renal failure, hemodialysis (often permanent) or kidney transplantation may be required.
It is emphasized that Cortinarius orellanus contains a greater quantity of orellanin than Cortinarius rubellus and for this reason it is decidedly more poisonous.
Among the similar species all the reddish brown cortinarius of small and medium size are mentioned (eg. Cortinarius rubellus)

Preparation Method –
Cortinarius orellanus is a mushroom which, due to its characteristics, must not be consumed in any way.