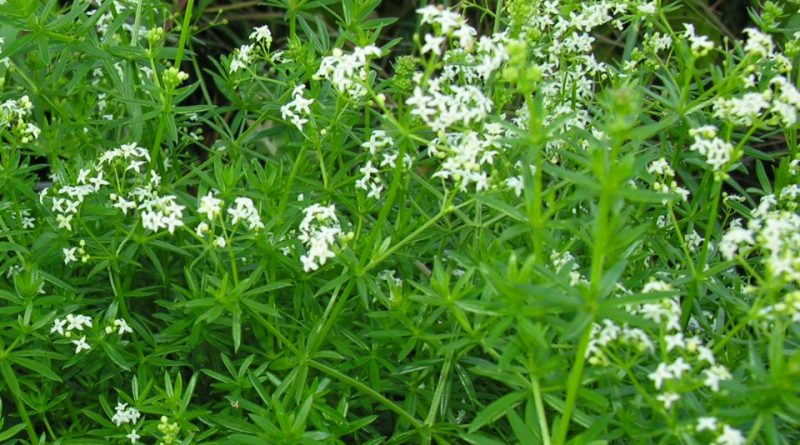 Etymology –
The term Galium comes from the Greek γάλα gála latte: because some species belonging to this genus were used to curdle milk.
The specific mollugo epithet comes from mollugo, a species of anagallide mentioned by Pliny.

Geographic Distribution and Habitat –
Galium mollugo is a widely distributed plant in Europe and North Africa, from Denmark, Portugal and Morocco in the east to the Altay region of Siberia and the Caucasus. moreover, this species is naturalized in the Russian Far East, New Zealand, Norfolk Island, Greenland, Argentina, Uruguay and most of North America.
In some areas of North America it is considered a weed.
In Italy it is a species present with three subspecies in all regions except Sicily; the nominal subspecies is present in almost all the regions of northern Italy and in those of the Adriatic coast of the Peninsula. The regional distribution is rather incomplete and tends to be of the alpine-karst type, with some stations also in the lower Friuli plain;
Its habitat is that of hedges, bushes, paths, meadows and slopes at an altitude of up to 2,100 meters above sea level. It prefers fresh loamy-clay soils but sometimes subarid in summer, quite rich in bases and nitrogen compounds, from neutral to subacid. 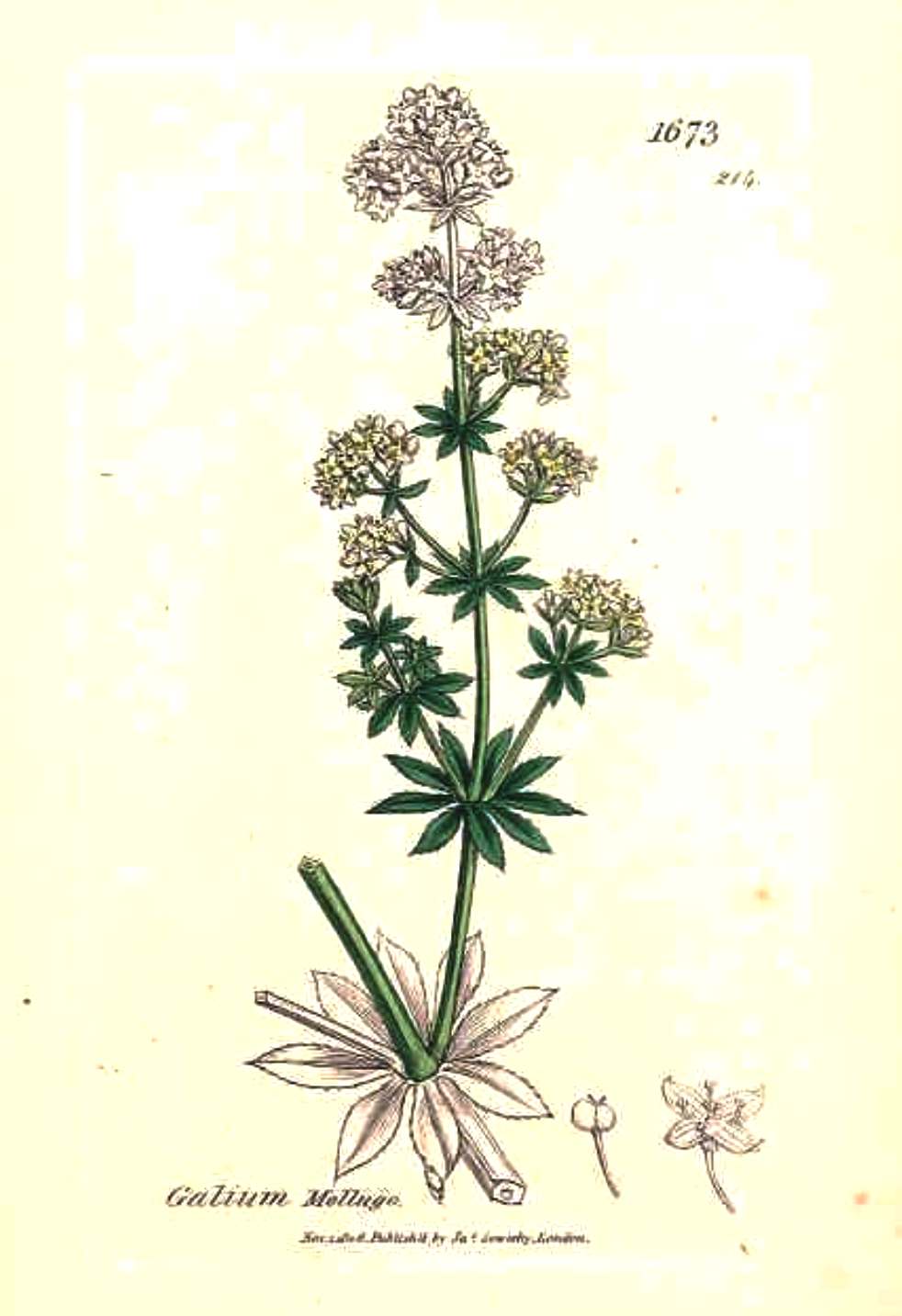 Description –
Galium mollugo is a perennial, herbaceous plant, with rooting stolons at the nodes, glabrous, glabrescent or hairy especially in the lower part.
The stems are tetragonal, drooping or prostrate, erect or ascending, with larger internodes than the leaves, branching 1 ÷ 2 branches per node, reddish when young; height 30 ÷ 150 cm.
The leaves are sessile, united in whorls composed of 6 ÷ 8 elements, the stipules are the same as the leaves; lamina from oval-lanceolate to linear lanceolate and narrow at the apex with arista or with obtuse apex; green or greyish-green in color, uninervie, with a more or less flat surface, glabrous on both sides, slightly leathery, with rough edges, rarely smooth.
The inflorescences are formed by paniculiform, ovoid or pyramidal tops; the flowers are tetramer, gamopetal with sub-zero tube, have a glabrous, white 2 ÷ 6 mm corolla, with ovate, acute, apicular lobes; the pedicels> or <of the Ø of the corolla.
The stamens are 4 inserted on the corolline tube the anthers are yellow, the ovary is inferior formed by 2 carpels, a stylus with capitate stigma.
The schizocarpic fruit is an achenario, with two 1-1.5 mm mericarps (achenes), ellipsoid, reddish-brown, glabrous, wrinkled.

Cultivation –
False baby’s breath is a plant that prefers a moist and loose in dim light. It tolerates dry soils but the leaves burn quickly in full sun and, what’s more, this species does not thrive in a hot climate.
Propagation is by seed with sowing to be carried out on site, as soon as this is ripe, at the end of summer. The seed can also be sown in spring, although it can be very slow to germinate.
Propagation can also occur by division in spring or during the growing season if the plants are kept well watered.
In this case the larger clumps can be replanted directly into their permanent locations, although it is best to arrange the smaller clumps and grow them in a cold greenhouse until they root well, then transplant them in the spring.

Customs and Traditions –
Galium mollugo is a plant that can be used for both food and medicinal purposes.
The leaves can be eaten, preferably cooked.
In medicinal use, the plant appears to be lithontripic and vulnerable. It is also used in the treatment of epilepsy and hysteria.
Several species of this genus contain asperuloside, a substance that produces coumarin and gives the scent of freshly mown hay when the plant dries.
Asperuloside can be converted into prostaglandins (hormone-like compounds that stimulate the uterus and affect blood vessels), making the genus of great interest to the pharmaceutical industry.
Among other uses it is remembered from the root a red dye is obtained.

Preparation Method –
The leaves of this plant can be eaten cooked and, moreover, the whole plant is used in the medical field for various applications.