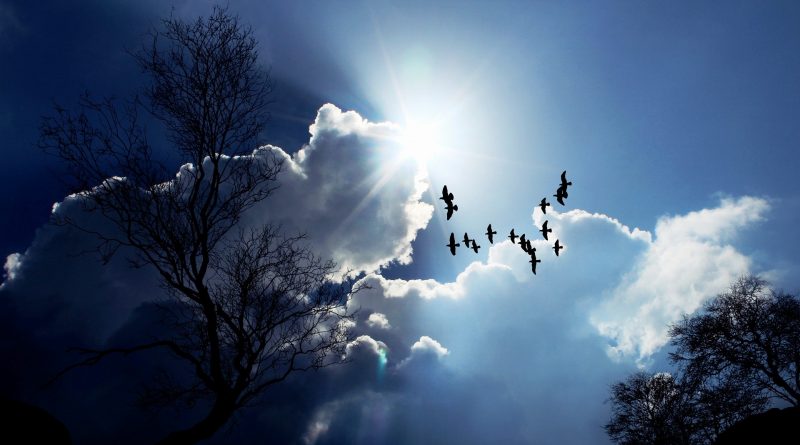 Agroecology is only part of a new era

Behind or within the word agroecology some confusions and the usual suspects could lurk, ready to exploit a trendy word to convey it for their own use and consumption.
It is the usual virus, more powerful than COVID 19, which lurks in the hearts and minds of men who, faced with the new, often take on two tendencies:
– or the fear of the new that tends to make us close our eyes and reject it;
– or the cunning of those who, desecrating the word, misuse and consume it.
Then there are those, and there are more than one might think, who try to glimpse the way out in the new, the exodus towards a “promised land” that can give a new direction and a new justice.
There is a subtle (but very consistent) thread that links agroecology to the great changes and “shocks” that are characterizing our eventful era.
An era generated by a human conviction dictated by domination, conquest, colonialism and subjugation; an erroneous reading of the role of humanity in history that arises from that primordial virus with which man wanted to interpret for his own use and consumption even the first steps of the teaching of the Bible, when in Genesis (I, 26) he states: ” Let us make man in our image, in our likeness, and dominate over the fish of the sea and the birds of the sky, over the cattle, over all the wild beasts and over all the reptiles that crawl on the earth.
Thus the entire history of the usual holders of the deception virus has been studded with a long period of abuse, iniquity, oppression, to the point of overwhelming and defacing even that Nature of which we are an integral part; forgetting that, immediately afterwards, Genesis itself (I, 30) reminds us: “To all the wild beasts, to all the birds of the sky and to all the beings that crawl on the earth and in which there is the breath of life, I give as food every green grass. And so it happened “.
A second important passage with which the ancient narrator of Sacred Scripture gives an “ecological” sense to the relationship between all living beings, recalling that there can be no domination without service, management without sharing.
And every human activity up to now has been characterized by domination and submission: from the exploitation of the goods of the Earth to the subjugation of things and living beings in what we now call “modern agriculture”.
A production paradigm that we have conducted, contemptuous of the consequences of pursuing objectives very far from general sharing: the market, production yields, exploitation of resources, have been idealized without looking at the ground that was collapsing under our feet.
And as one author wrote: “The Covid-19 mole dug under the 21st century and caused it to collapse.”
A collapse which, despite the usual suspects’ attempt to use the language of domination of an economy written outside the rules of the planet, is now inexorable and marked. A collapse that does not, however, herald dark moments but great changes, in the same way as a great storm is, however, the prelude to new rays of sunshine.

A collapse that involves us all, crowded and fatigued to go through those “efficiencies” of a capitalist and colonialist system that made us act against everyone: my efficiency at the expense of the efficiency of others. A very dangerous virus that has nestled in political, cultural, behavioral models and from which one can only come out of the understanding that everyone together, and not everyone against everyone, can get out of this historical lie.
All this frightened us, made us angry, made us more closed and, often, more selfish. A humanity that has broken the boundaries of “living together” and can no longer find those of a common home, of a careful ecology.
And the safe shore is called sharing, responsibility towards the least, towards the defenseless, towards the overwhelmed. A more crowded category than before, because this does not include only men and women of all ages; it is represented by all those “things” that we have subjugated in the name of profit, of the market, of competition.
In agriculture we have gradually abandoned, and with increasing blindness, the concept of balance, coexistence, protection of assets, implementing a model of management, indeed of domination, of the things of the world.
Thus living organisms, animals, plants, and everything that falls under the same sun that has sustained us for millions of years, is suffering a human behavior which, as mentioned, has caused the events of the 21st century to collapse.
In this context, in addition to the more famous encyclical of Pope Francis “Laudato Sì”, the last and most incisive, in this sense, “Brothers all”, which is not a rereading of the ancient meaning of brotherhood but a revision of something that humanity had not well understood: we can no longer dominate Nature without it turning back on us.
We can no longer produce by killing insects, mammals, birds, living beings, without their disappearance leaving everything as it was before.
We cannot exploit the soil and its fertility thinking that all this does not dry up ourselves.
We cannot steal resources from other peoples thinking that the causes we have generated will not enter our home.
So the “all brothers” is a navigator, a path laid out on the dashboard of our car and which encourages us to follow a single and possible path.
As stated in the title: agroecology is only part of a new era; in it we must rewrite the rules of a new civilization, without fear, without hesitation, without falsehood, certain of one truth above all: within the principles of Nature reside the rules for a fuller life, not only for humanity but for the entire planet, with all its beings.
Agroecology is, even before a technical manual based on scientific rules, a treatise on coexistence, sharing.
Agroecology is the transition from the culture of domination to that of protection.
Agroecology, in some ways, has a feminine identity, an identity of care, of the safeguarding of life, of the preservation in its womb of existence, of fertility.
Agroecology marks the end of a male-dominated and monochromatic conception of agriculture and brings with it the embryo of a new civilization.