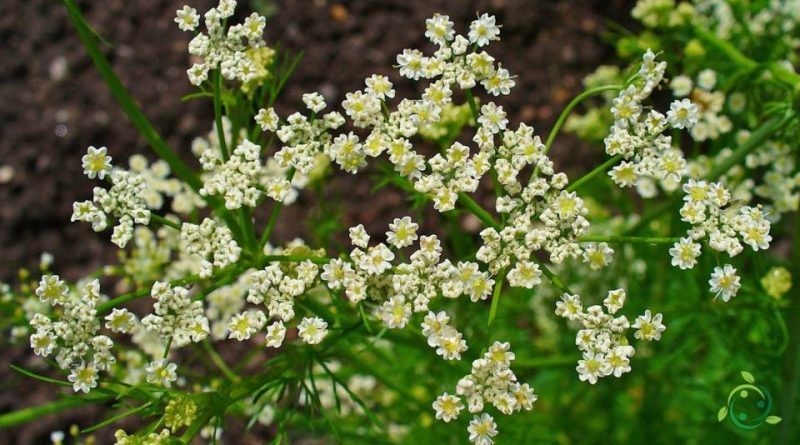 How to grow the Caraway

Caraway (Carum carvi L., 1753), also known as cumin, caraway and Vosges anise, is a plant of the Apiaceae family, native to Europe and central-western Asia.
This plant is known in North East Africa and cultivated both in Europe and in the United States of America.
The sometimes confused caraway is with cumin (Cuminum cyminum L.) which has similar fruits but with a completely different aroma.
The cultivation of this plant is not difficult provided that some rules are respected.
First of all, remember that a plant’s life cycle is biennial, so in the first year the plant develops a rosette of oblong leaves with a slightly rough consistency. Then, after having spent the winter, in the late spring and summer the flowers appear, typically collected in umbrella-shaped inflorescences and white in color.
From the flowers then fruits (achenes) are formed which represent the main purpose of its cultivation, because they contain the small black seeds.

Climate and terrain –
Caraway prefers sunny, wind-sheltered locations to avoid premature seed losses once it has formed and matured.
From a climatic point of view it is a plant that tolerates the cold on average, so it can also be grown in the north and in the mountains, up to 2000 meters above sea level.
From the pedological point of view it prefers neutral soils or, at the limit, those with slightly basic pH, and fertile. Acid soils, on the other hand, should be avoided.

Sowing –
Caraway can be sown directly in the field; the optimal period is from early spring, even broadcasting, and since the seeds are very small, it is important to be very careful in handling and distributing them, so as not to overdo it by dropping too many in the same place. It may be advisable to mix them in advance with a sandy substrate and then spread them on the soil.
It can also be sown in seedbeds with subsequent transplanting of the seedlings at suitable distances, ie about 25-30 cm from each other.
Once the seed has been found for the first time, it is advisable to store the seed produced in a dry and dark place for the following years.

Agronomic technique –
Caraway can be sown in small gardens or even for larger crops. In any case, before sowing, you must make sure that you have worked the soil well and thus obtained a soft seed bed.
If this plant follows a previous well-fertilized crop we can avoid distributing it again because this aromatic plant uses the residual fertility well while if it has been for a long time, that is more than a year, that no organic substance or other compost is distributed, it is necessary to fertilize in pre-sowing. .
Remember that this plant can be carried out without problems even in pots, as long as it is well exposed to the sun and remembering to water more often than growing on the ground.
Once the young seedlings have grown anyway (only in the case of broadcast sowing) it will be necessary to perform some thinning, especially if we notice that the emergence is very dense in certain points, because then as the plants grow, they branch off and form small bushes. This technique must be performed as soon as possible, necessarily by hand or with a small hoe in the case of row sowing. You can also try the clod breaker to pass between the rows in a comfortable and fast way.
It will be advisable, even in the first phase, to remove unwanted herbs in order to leave the plant at its optimal growth.

Irrigation –
Cumin is a plant that needs initial irrigation, especially if it does not rain after sowing, while in the event of frequent spring precipitation it will be sufficient to intervene only and if the soil dries up.

Collection –
Both the leaves, the roots and the seeds are collected from the caraway.
For this reason, from the summer of the first year, the young leaves can be harvested, cutting them, taking care to respect the vegetative heart, which allows the shoots. The leaves look great in mixed salads and are also suitable for flavoring cooked dishes. The roots, which can be pulled out in autumn, are eaten as a cooked vegetable instead.
The plants that are left to grow will instead go to seed in the following spring and the seeds will ripen from August to October of the second year, when the umbels will turn yellow. The umbrellas are then put to complete their drying in the shade and, subsequently, can be beaten to separate the seeds from the other parts.
As mentioned, as well as for consumption and its uses, it is also advisable to keep a quantity of seeds to be used for sowing the following year, in order to avoid buying them again. Furthermore, consider that the plants that have matured and not harvested disseminate very easily, so much so that the crop can become a little weed, and this, if desired, allows us to spontaneously multiply it.