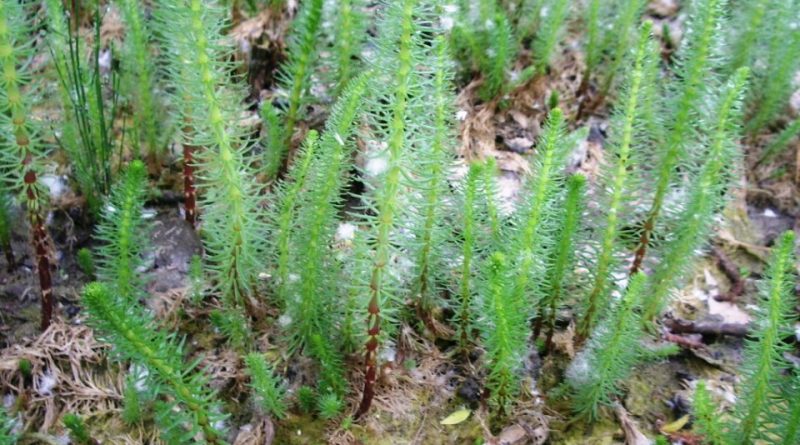 The mare’s-tail (Hippuris vulgaris L.) is an aquatic herbaceous species belonging to the Hippuridaceae family.

Etymology –
The term Hippuris comes from the Greek ἵππος híppos horse and from οὐρά ourá coda: for the emerged fronds that resemble the tail of a horse.
The specific epithet vulgaris comes from vúlgus vulgo: very common, ordinary due to its widespread use, banal.

Geographic Distribution and Habitat –
The mare’s-tail is a common and widespread plant in Eurasia and North America, mainly in the northeast but also in New Mexico and Arizona. In Eurasia it is quite common in fresh basins on mountain ranges, in non-acidic waters.
In Italy it is common but rarer in all northern regions (except in Val d’Aosta and Liguria) and in the Tyrrhenian regions up to Campania.
Its habitat is that of clear, stagnant or slowly flowing waters, up to 2 m deep, from sea level to about 600 m. 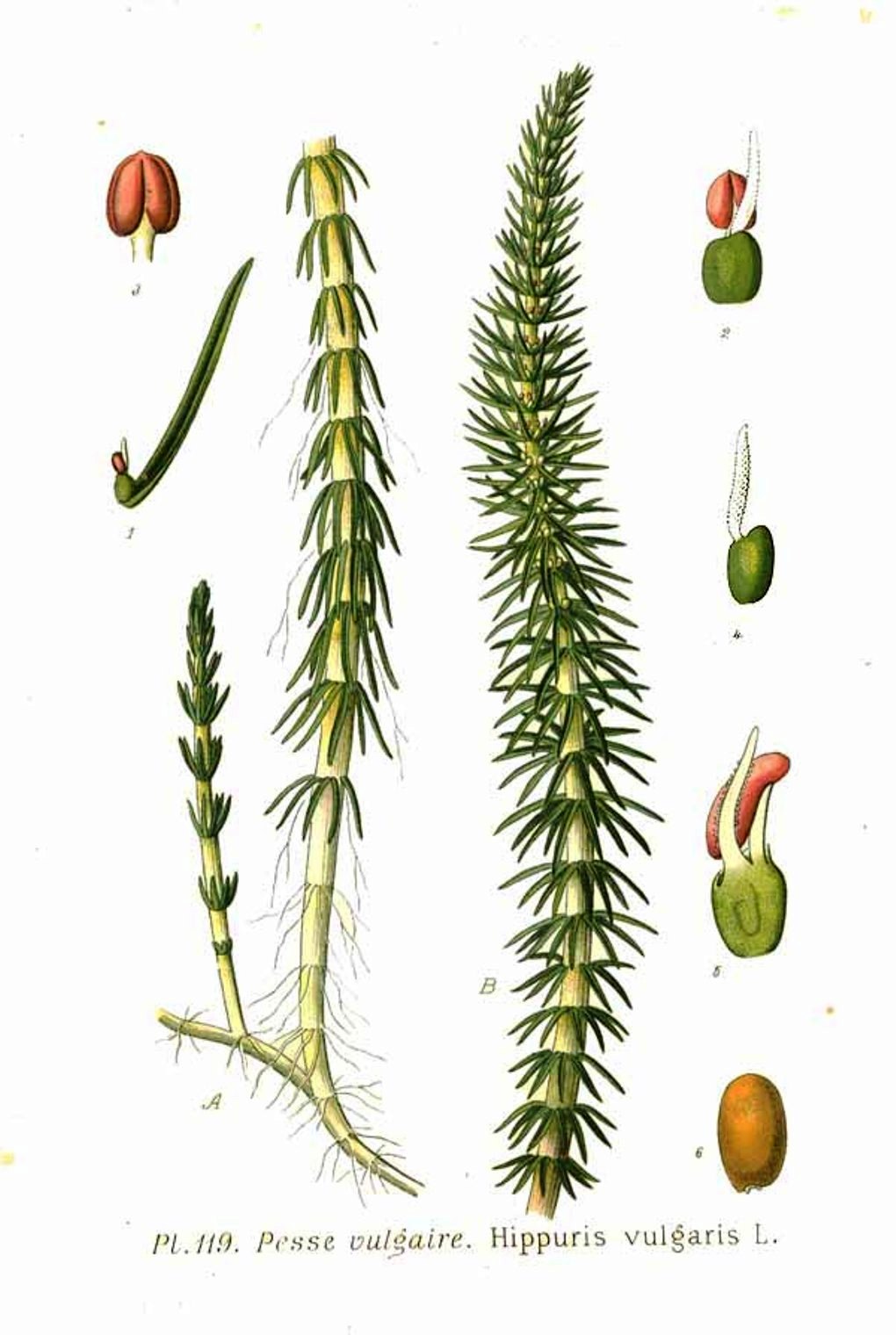 Description –
Hippuris vulgaris that grows in shallow muddy waters, rooting on the seabed and with most of the leaves above the surface.
It has rhizomes and the leaves are verticillate of different shape depending on whether they have emerged or submerged.
The stems are solid and unbranched and can reach 60 cm in height.
The plant is dioecious; the flowers are tiny, of a brownish red color, with a single whorl of tepals (perigonium).
The fruit is a 2–3 mm elliptical achene.

Cultivation –
Hippuris vulgaris is a very useful marsh plant for phytoremediation.
It is advisable to plant it with a planting depth between the rhizome and the water surface from -5 to -15 cm.
The best exposure is in full direct sun for at least 6 hours a day.
It is a plant that withstands very harsh temperatures.
Propagation occurs by seed which must be sown as soon as it matures in a cold greenhouse. However, the plant spreads vigorously vegetatively.
Multiplication by division is also feasible. The division is very simple and can be done at any time during the growing season. The divided parts can be replanted directly into their permanent locations.

Customs and Traditions –
Hippuris vulgaris is a plant that is harvested in the wild for local use as food and medicine and is grown as an ornamental in ponds or for phyto-purification of water.
The plant is also used for edible uses where the leaves and young shoots are eaten raw or cooked.
In the kitchen it is used to prepare soups.
In the medical field, the whole plant is an effective vulnerary; the juice is used for internal use or applied externally.
No other uses are known.
The plant is classified as Least Concern on the IUCN Red List of Threatened Species (2014).

Preparation Method –
The leaves and young shoots of this plant can be used in the kitchen and, to have the best characteristics, are harvested in the period from autumn to spring; brown stems overwintered in spring can also be used.