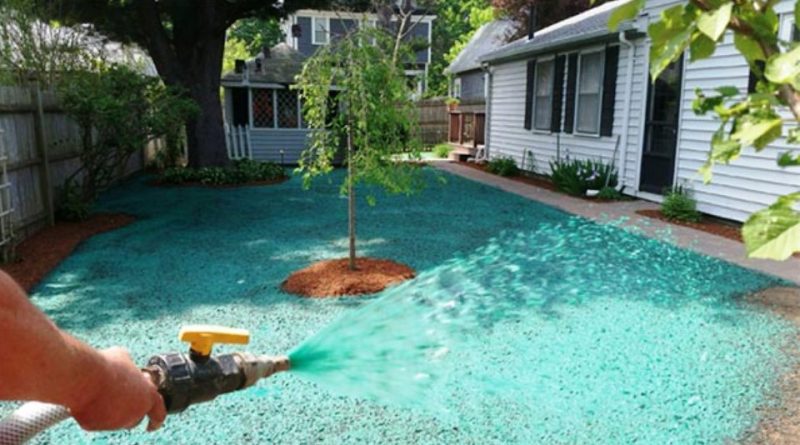 Hydroseeding is a system that allows the creation of turf and plant coverings, developed as a result of naturalistic engineering applications.
With hydroseeding, you can revive those areas where a traditional sowing method would be difficult, inappropriate or insufficient to create a green mantle due to the erosive action of rain and wind.
Hydroseeding is therefore a turf planting technique that involves the application to the soil of a fluid mixture consisting of seeds, adhesives, mulching substances, long-lasting fertilizers and substances that accelerate germination and rooting.

Hydroseeding technique –
Hydroseeding is a technique based on the use of machinery or mechanical means where it is possible to disperse the seeds in a fluid which can then be sprayed under pressure on the surfaces that need to be greened.
The tools consist of containers, mechanical and / or hydraulic agitators, pumping and spraying systems, through which the mixture is prepared. During the distribution phase of the mixture, a considerable pressure is delivered which is necessary to obtain a range of the solution of several tens of meters.
In the hydroseeding technique, however, a preliminary study must be made to establish the floristic composition suitable for the pedoclimatic characteristics (nature of the terrain, slope, exposure, altitude) of the soil to be revived.

The seeds can consist of grasses or mixtures of these with leguminous plants according to the needs that the specific naturalistic engineering requires.
However, today there are also small hydroseeding equipment that can be used for patching small lawns or for the creation of small lawns from scratch.
For this reason it is always advisable to frame the purpose of the intervention for the most appropriate choice of the mixture.
Hydro-seeding is a suitable technique for the grassing of any type of surface and in many countries it is now widely used in a variety of applications that include, in addition to the grassing of sloping areas, up to sports fields and golf courses.
In Italy it is less common and is used mostly in the context of steeply sloping or difficult to pass terrain.
Finally, according to the products used in the formation of the mixture, we can distinguish normal hydroseeding, with substrates (peat), with cellulose, protective against erosion, with colloidal clays, with mulch, hydroseeding for clayey soils, those for reinforced earth and hydroseeding with biomats and / or geonet.