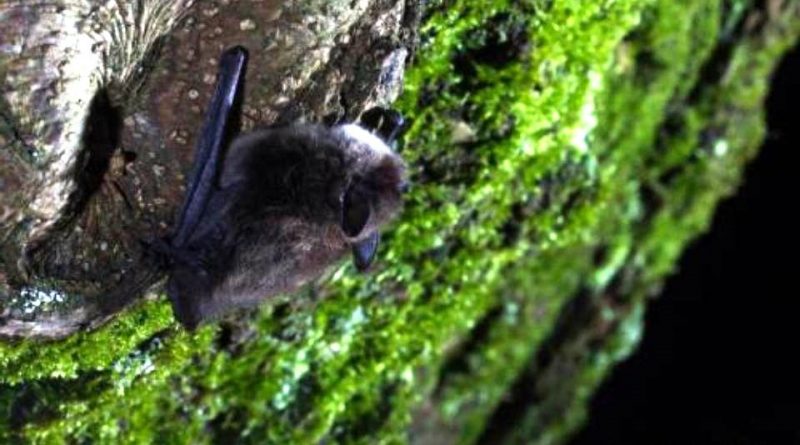 Brandt’s bat (Myotis brandtii Eversmann, 1845) is a bat belonging to the Vespertilionidae family.

Geographic Distribution and Habitat –
Brandt’s bat is a bat that with the two subspecies is widespread in the Palearctic Ecozone.
The range extends from southern Scandinavia, England, eastern France, Switzerland and part of Italy to Sahalin, the Kuril Islands and Japan, through much of Europe and Palearctic Asia.
In Italy, the presence has been ascertained only on Monte Amiata and in the Alpe Veglia and Alpe Devero Natural Park in Piedmont, while the individuals observed in the Abruzzo, Lazio and Molise National Park have recently been identified as Daubenton vespertile.
Its habitat is that of woods and deciduous forests, coniferous forests and sometimes in inhabited areas up to 1,800 meters above sea level. 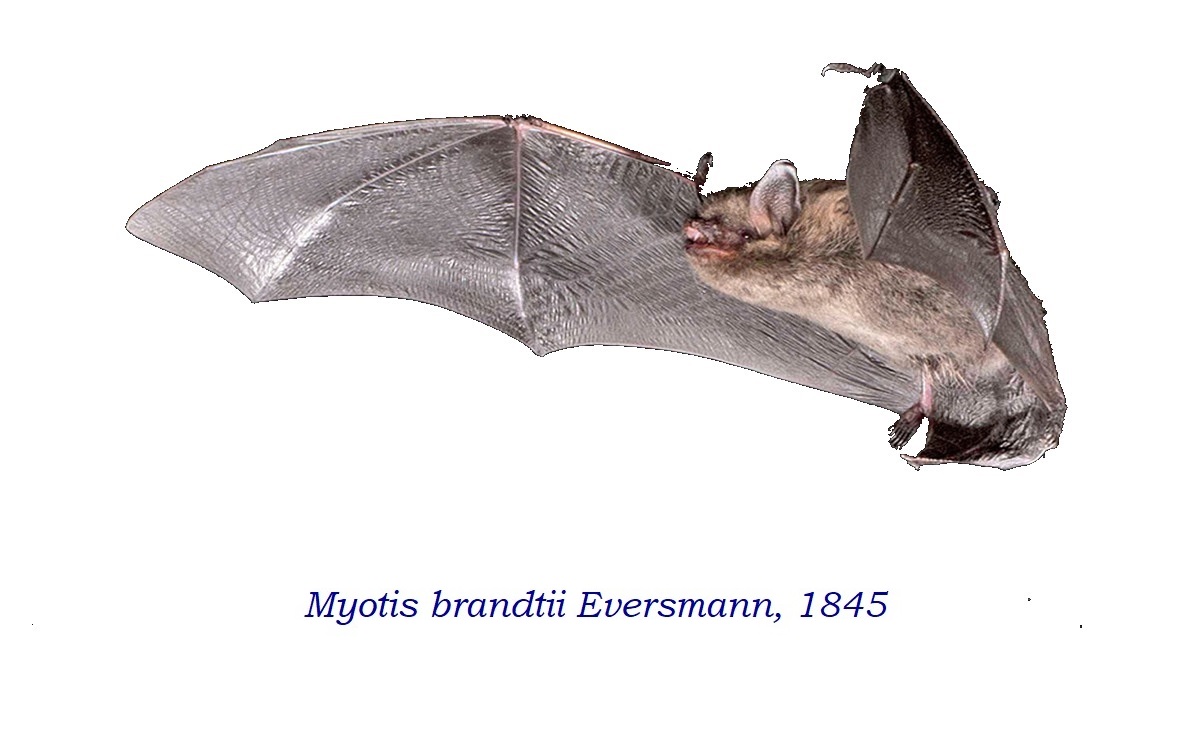 Description –
The Myotis brandtii is a bat with a head-body length of 39-51mm, forearm length of 33-39mm, tail length of 32-44mm, wingspan of 19-15.5cm, foot length of 7-9 mm, about 55% of the length of the tibia, length of the ears of 12-17 mm and a weight of 4.5-9.5 grams.
It is recognized for having a long, soft and ruffled fur, with the dorsal parts of a pale brown color, with golden reflections, while the ventral parts are light gray, sometimes with yellowish reflections.
The muzzle is brown.
The ears vary from brown to light brown and are moderately long, narrow, with an almost straight outer margin in the upper half and a hollow about half of its length.
The tragus is narrow, pointed, with a lighter base and about half the length of the auricle.
The alar membranes are brownish, more or less clear, attached posteriorly to the base of the big toe.
The feet are very small.
The uropathy is densely covered with hair at the base.
The limestone is long and has a lobe in the central part.
The skull has a narrow and delicate conformation. The upper third premolar is slightly outside the alveolar line. The penis is swollen at the tip.
This bat emits high duty cycle ultrasounds in the form of short duration pulses at an initial 120 kHz and final 25-30 kHz modulated frequency.
The flight is fast and maneuvered.

Biology –
The mating period of Myotis brandtii occurs in autumn when the males, after having spent the spring and summer alone, rejoin the females. These give birth one offspring at a time in June or July after a gestation period of 50-60 days and sperm retention during the winter. Newborns open their eyes after the third day of life and are able to fly after 3-4 weeks. Females reach sexual maturity after two years.
The life expectancy of this bat is up to 26 years and 8 months.

Ecological Role –
Myotis brandtii is a generally sedentary bat, although displacements of up to 618 km have been observed.
Arrived in the summer period it takes refuge in nurseries where about 100 females live, inside the hollows of trees, in bird nests, bat-boxes and in buildings, while from September until March or April it hibernates in groups smaller than 2-5 specimens in underground shelters such as caves, tunnels, cellars and mines with temperatures of 2-8 ° C and high humidity.
This bat hangs on walls in vaults or crevices, often sharing sites with other bats.
Its diet is based on small non-aquatic insects caught in flight at no less than 3-4 meters above the ground along the forest and wooded edges, along roads and paths, on clearings and along small streams. Its predatory activity begins after sunset.
As regards its conservation status, according to the IUCN Red List, considering the vast range, the abundance and the absence of indications about a possible population decline, it is classified as a species with minimal risk (LC).