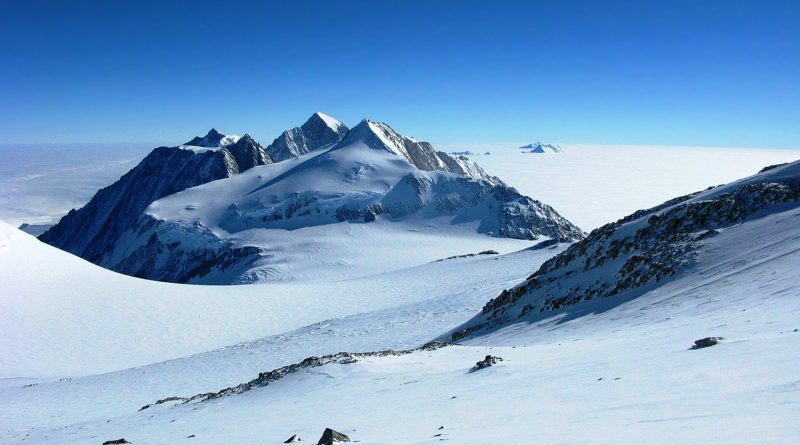 Mount Vinson, located about 1,200 km from the south pole, is the tallest mountain in Antarctica. This massif is about 21 km long and about 13 km wide, it is located within the Sentinel Range.
Mount Vinson is one of the Seven Peaks of the Planet.
This mountain has a height of 4,892 meters, estimated on the basis of GPS data which recently corrected the previous altitude which was estimated at 5,140 meters.
Mount Vinson, like all reliefs of Antarctica, is surrounded by a layer of ice many hundreds of meters thick, so that only the top protrudes from the Antarctic ice sheet, and the summit is also largely covered by a thick layer. of ice.
The history and discovery of Mount Vinson is quite recent. It was only discovered in 1957, when it was discovered by a US Navy plane. It was named in honor of Carl Vinson, a United States Congressman who was a staunch supporter of Antarctic research.
On December 17, 1966, however, the first ascent of the mountain by an expedition of the American Alpine Club, led by Nicholas Clinch and financed by the National Geographic Society, with the support of the US Navy.
Furthermore, in January 2008, four Italian Alpine troops (Ettore Taufer, Giovanni Amort, Elio Sganga and Marco Farina) opened a new route, reaching the top, at the end of a 270 km traverse, from Patriot Hills, the only private base camp in Antarctica, up to the base of the mountain.

Flora –
Due to the presence of the polar cap that creates the ice-shelves, the ice reaches an average thickness of 2200 m, in some areas it reaches 4700 m. Temperatures never reach zero and drop to -90 ° c.
For this reason the flora consists only of alucni, lichens, mosses and algae.

Fauna –
The only fauna present in Antarctica is mainly located along the coasts; this is made up of penguins, seals, gulls, whales, killer whales, bears and sea lions. Inland, crustaceans are the only animal species.