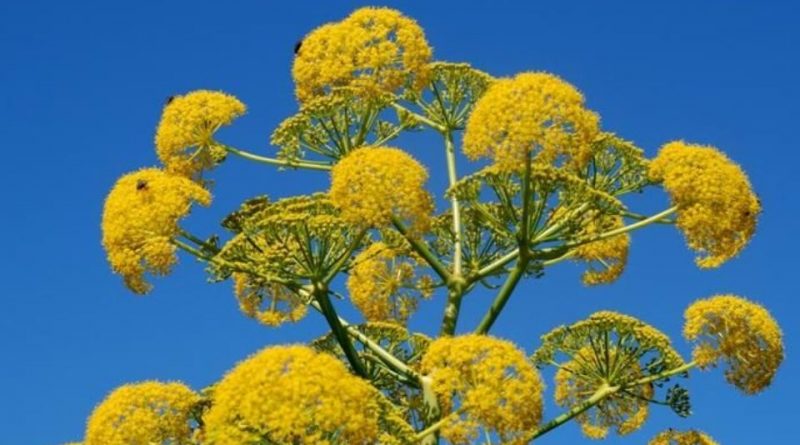 Etymology –
The term Ferula comes from ferula lash, wand, stick: for use as a light stick used by shepherds.
The specific moschata epithet derives from musk, from the Arabic musk musk, a ruminant with an odoriferous gland that smells of musk.

Geographic Distribution and Habitat –
Ferula moschata is a plant native to an area of ​​western Asia between Turkestan and Tibet.
Its habitat is that of gravelly and bushy hillsides mostly between 900 and 1300 meters. 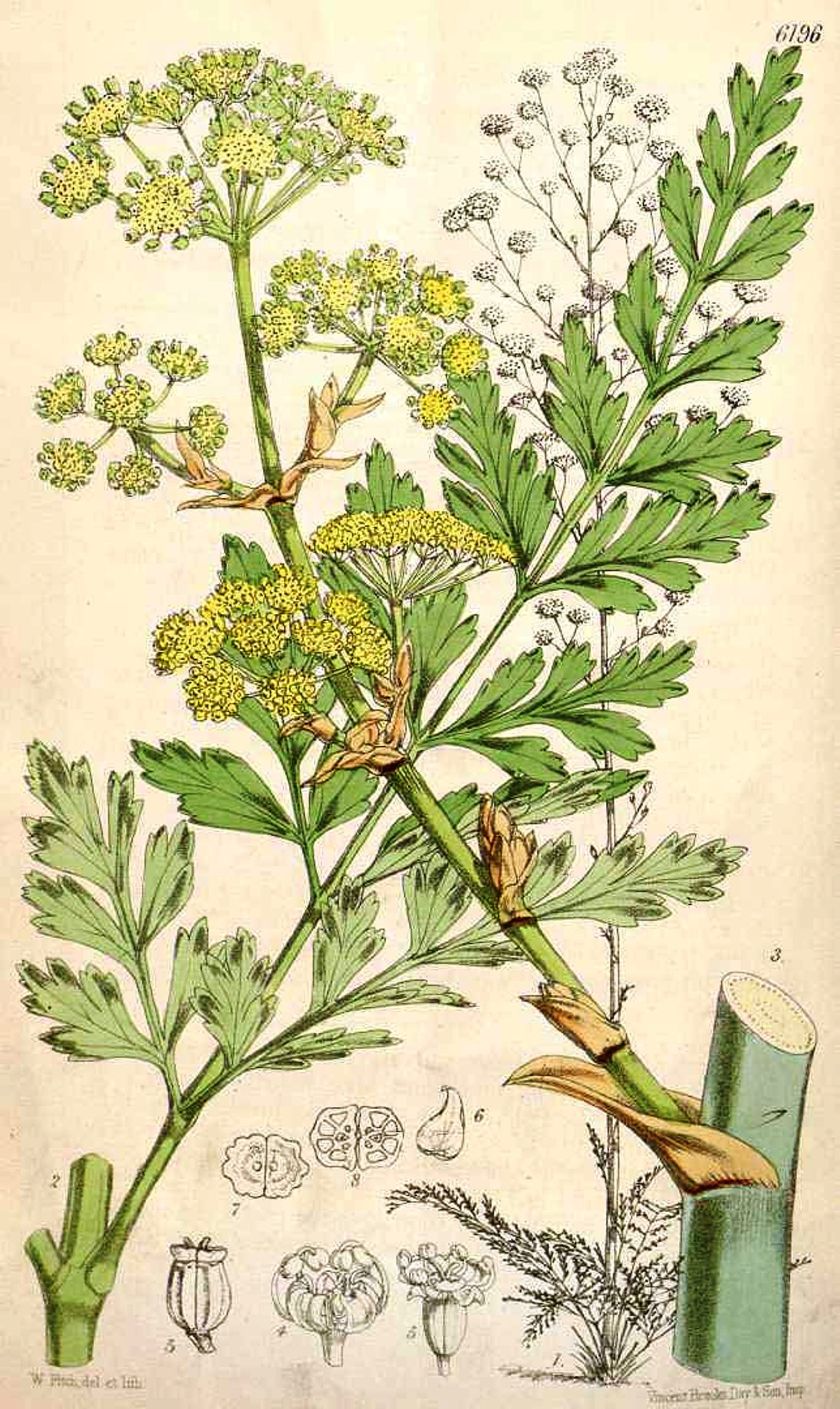 Description –
Ferula moschata is a perennial herb that grows up to 2.5m in height.
The species is hermaphroditic (has both male and female organs) and is pollinated by insects. The plant is self-fertile.
It is a resinous species with a cylindrical, hollow and succulent stem.
The leaves are sheathed, pluripinnate and divided into linear laciniae.
The flowers are umbrella-shaped, large and usually yellow or even white.
The plant blooms from May to July.
Ferula persica is pollinated by insects.
The fruit is obovoid-compressed.

Cultivation –
Ferula moschata is a plant that grows in most soils but grows best in deep fertile soil in a sunny position. Plants are hardy down to about -5 ° C.
The plants have a long taproot and are intolerant to transplant so they should be planted in their final positions as soon as possible.
Propagation occurs by seed which is good to sow as soon as it is ripe in a cold greenhouse in autumn. Alternatively, it can be sown in mid-spring. The plants must then be transplanted as soon as they are manageable to avoid damaging the taproot.
The plant mulch technique is useful at least for their first winter outdoors.
It can propagate by division in the autumn period but due to the difficulty of taking root the percentages are low.

Customs and Traditions –
Ferula moschata is a plant that is harvested in its natural state for local use as a medicine and source of materials.
The root and rhizome are antispasmodic, nerve, stimulant and tonic.
The medicinal action resembles that of valerian (Valeriana officinalis) and the plant is used in the treatment of various hysterical conditions.
It is also believed to have a specific action on the pelvic organs and is used in the treatment of dysmenorrhea and a wide range of other female ailments.
The drug used is the root and no toxicity phenomena or contraindications are reported except in cases of individual hypersensitivity.
In summary, the phytotherapeutic uses of the root are for:
– digestive organs;
– endocrine system;
– enteric nervous system;
– stomach;
– gastro-enteric tube;
– uterus;
– uterus and ovaries.
Among other uses, it should be remembered that a gum is extracted from the root and then used as perfume and incense.

Preparation Method –
With the root of Ferula moschata it is possible to prepare extracts that can be used for the therapeutic purposes described above.