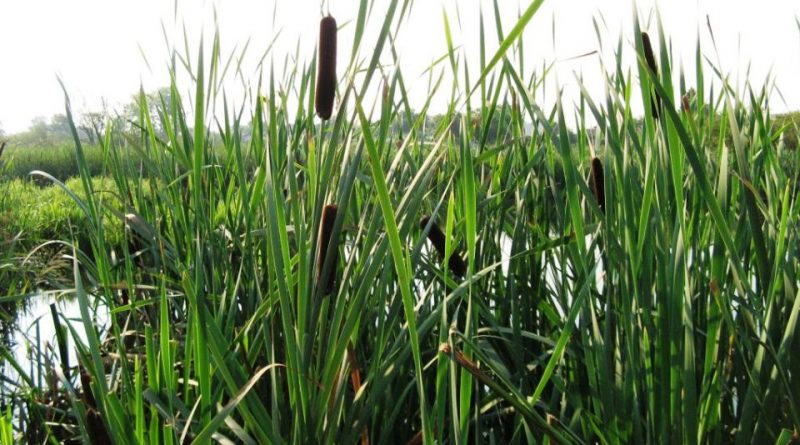 The broadleaf cattail (Typha latifolia L.) is a herbaceous species belonging to the Typhaceae family.

Etymology –
The term Typha comes from the Greek τύφη týphe (according to the Rocci τίφη típhe) rush of water (in Theophrastus), from τϊφος típhos swamp.
The specific epithet latifolia comes from latus largo, extended and from fólium leaf: with wide leaves.

Geographic Distribution and Habitat –
Typha latifolia is a plant present all over the world from the Arctic to latitude 30 ° S, including Great Britain but absent from Africa, South Asia.
In Italy it is widespread in almost the entire region, with gaps in the mountainous part.
Its habitat is that of humid environments, such as ditches, banks of ponds and reeds, still or slowly flowing waters, often forming pure populations, from the coast to the lower mountain belt. It is also very present in estuaries and brackish water lagoons. 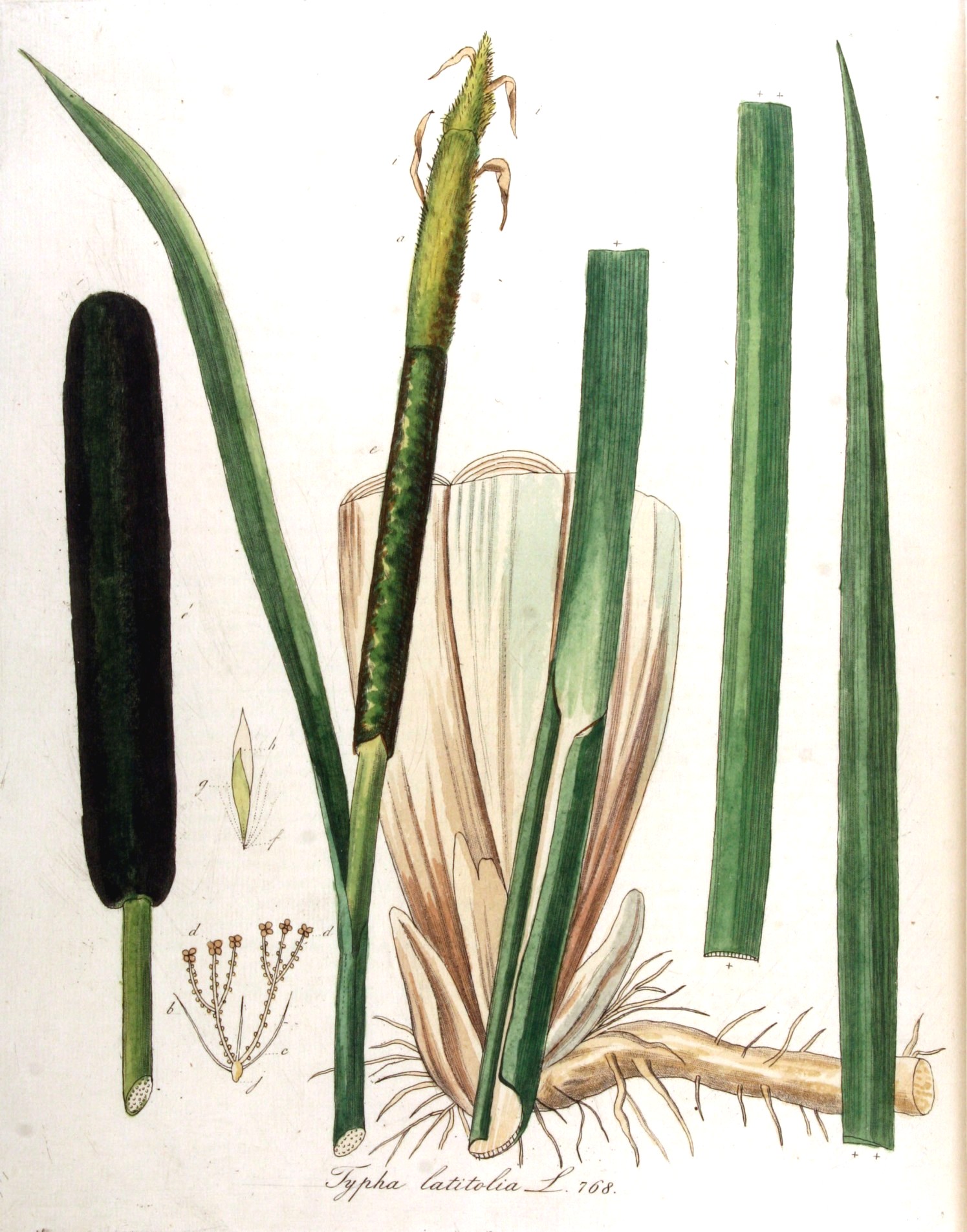 Description –
Typha latifolia is a perennial herb that can grow up to a height of 250 cm and which develops from a rhizome.
The female inflorescences are formed by thousands of tiny brown colored flowers surrounded by hairs.
The Infructescence is brownish-red in color, cylindrical formed by thousands of fusiform, longitudinally furrowed cypseles, about 1-1.5 mm, with pericarp not adherent to the seed and at the end dehiscent with the transparent bristles of the perianth.

Cultivation –
Typha latifolia is a plant with a prevalent presence in temperate climate areas but which extends into subtropical regions and is also found, mainly at higher altitudes, in some tropical areas.
The plant grows best in areas where annual daytime temperatures are between 10 and 25 ° C but can tolerate between 6 and 30 ° C.
It is very tolerant of cold when dormant even if the growth of young seedlings can be damaged by frosts. It prefers an average annual rainfall between 500 and 1,500 mm, but tolerates 300 – 4,000 mm.
For better development it is better to choose an area in the sun or in partial shade.
It is a very easily cultivable plant, which grows well in the marshy margins of ponds or in shallow water up to 15 cm deep. It grows in both acid and limestone and with an average content of organic matter. The pH must be between 4.5 and 7.5, but it also tolerates values ​​of 3.7 – 8.
This plant reproduces by seed which is sown on the surface in a container left at 3 cm of water. The young seedlings must be repotted as soon as possible and, as the plants develop, the depth of the water must be increased.
Multiplication can also occur by division; in this case it is necessary to collect the young shoots when they are about 10-30 cm high, making sure that there are at least some roots attached in order to plant them in their permanent positions.

Preparation Method –
The rhizomes of Typha latifolia are best harvested from late autumn to early spring since in this period they are richer in starch.
These can be boiled and eaten like potatoes or macerated and then boiled to make a sweet syrup.
The rhizomes can also be dried and ground into a powder; this powder is rich in protein and can be mixed with wheat flour and then used to make bread, cookies, muffins, etc.
From a medicinal point of view, the roots are pounded to form a gelatinous consistency and applied as a poultice to wounds, cuts, boils, sores, carbuncles, inflammations, burns and scalds.