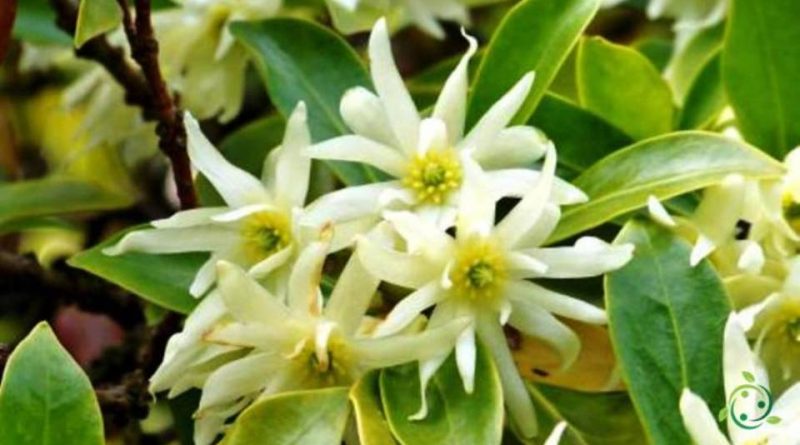 Star anise (Illicium verum Hook.f.) is a plant of the Schisandraceae family native to eastern Asia and in particular to southern China.
This plant is used as a spice and having a very intense aroma it should be used moderately.
Star anise can be grown in temperate climates, such as the Mediterranean one, and can find space both in farm-type crops and in small gardens or even in pots.
As a rule, however, being a plant with too many needs, it is grown in the open ground. Cultivation in pots is used only if you live in cold and frost-prone areas during the winter, in fact pot cultivation is mainly useful for sheltering the plant when necessary.

Propagation –
The ideal season to start growing star anise is during autumn, which allows the young seedlings to develop adequately during the summer, a season in which it also enters production.
Multiplication occurs exclusively by seed. It can be operated in two ways: either in the seedbed or in the open ground. For the multiplication in seedbeds it is better to sow in the months between February and March; in this case the seeds must be placed in a seedbed to be left constantly humid, to ensure that the seedlings develop without problems; when these begin to germinate and reached a height of about 8-10 cm, they can be planted. In the second case, spring sowing is preferred, during April.
Remember that this plant prefers a rather fertile soil, but also light, loose and well drained: during irrigation, excessive use must always be avoided and above all stagnation should be avoided.
The plant must be exposed to the sun, but not to strong winds or intense cold, in order to recreate the typical climate of the mother land.
For the details of the complete cultivation technique, refer to the following sheet.