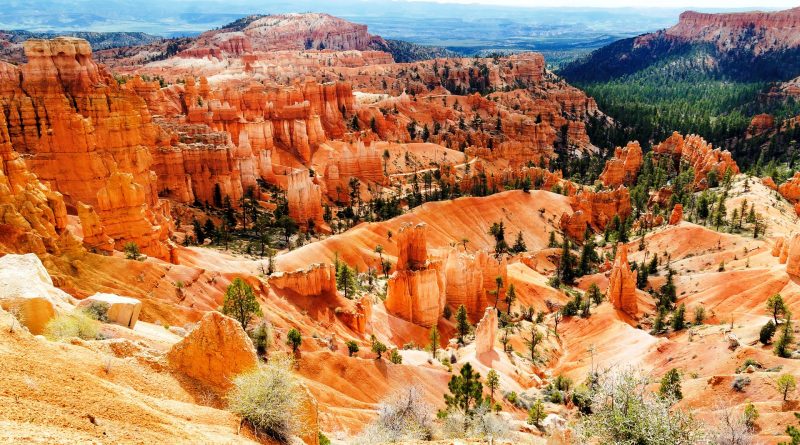 Bryce Canyon National Park is a small US national park located in the southwest, within the state of Utah.
The Bryce has an area of ​​145 km², with an altitude ranging between 2400 m and 2700 m.
The recent history of the settlements in this area dates back to the first settlers who were the Mormons who settled there starting in 1850, and was named after Ebenezer Bryce who settled in this area in 1875.
This area was declared a national monument in 1924 and established as Bryce Canyon National Park in 1928.
This protected area includes the famous Bryce Canyon which, despite its name, is not really a canyon but a huge amphitheater originating from the erosion of the eastern sector of the Paunsaugun Plateau. Bryce Canyon is famous for its characteristic pinnacles, the hoodoos, produced by the erosion of river and lake sedimentary rocks, erosion due to the action of water, wind and ice. The rocks have an intense color that varies from red to orange to white.

Geology and Climate-
The Bryce Canyon Amphitheater reveals a long geological history of sedimentation and erosion although it is not a true canyon as it has not been carved by a stream, water has been an important factor in the form of water. ice and chemical agent.
Geological structures called hoodoos originated in this amphitheater, which are tall and thin spiers of rock that rise from the base of arid basins and badlands. Bryce Canyon National Park contains the world’s largest concentration of these formations, although they are common in the High Plateaus region in the Colorado Plateau and the Badlands region in the Northern Great Plains. The difference between hoodoos and spirals is that the former have a body that varies in thickness, often resembling totem poles, while the latter have a smoother surface and a thickness that tapers from bottom to top.
From a climatic point of view, the temperature of this area, for about 200 days a year, fluctuates around 0 ° C. During the day the water infiltrates the fractures of the rock, during the night it freezes expanding by 9%. In the form of ice, the water exerts a strong pressure on the rock which ends up shattering. In addition, the precipitations, which are acidic, slowly dissolve the limestone, eroding the peaks and carrying away the debris.
Therefore, the morphology of Bryce Canyon National Park is constantly and rapidly evolving. 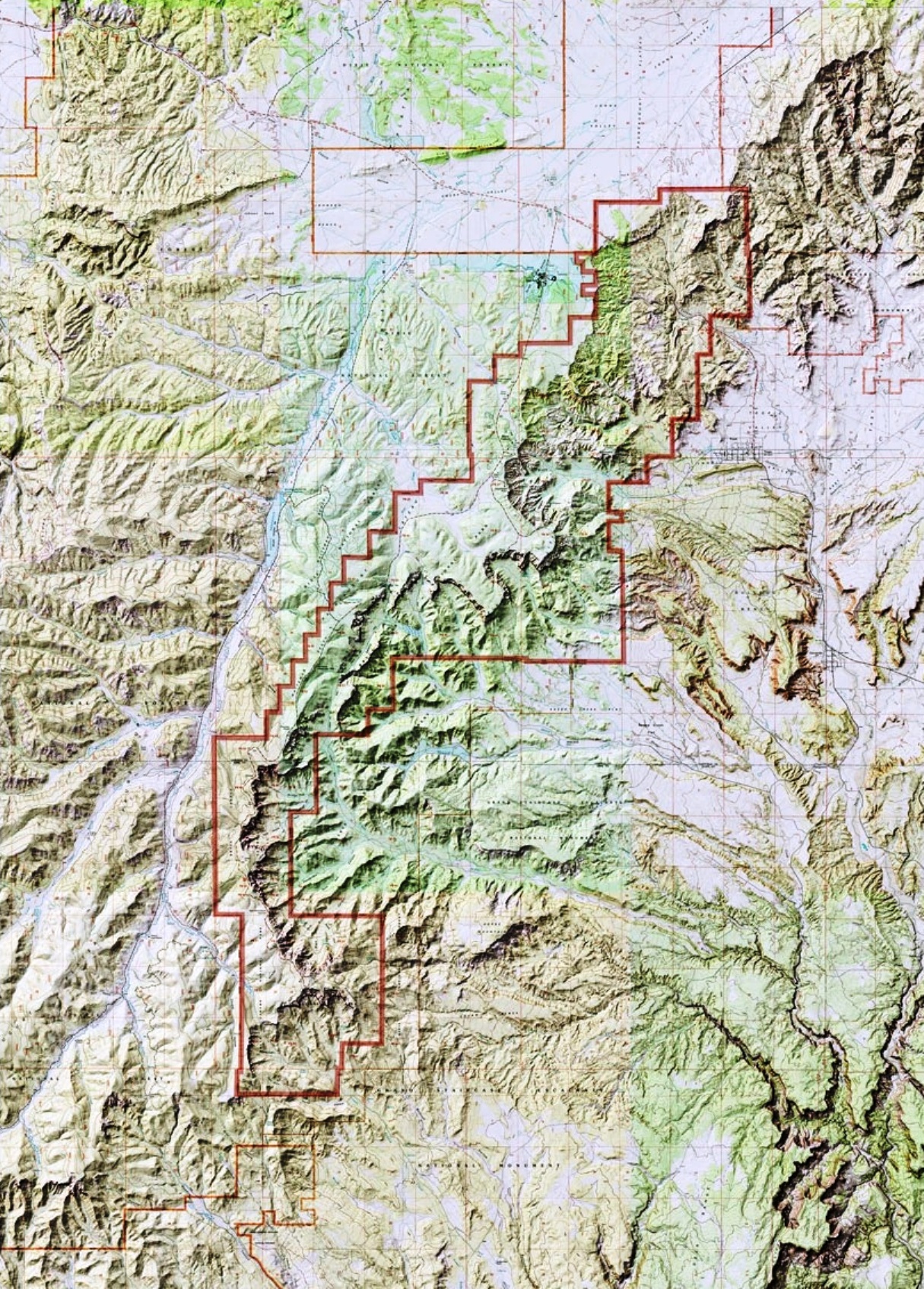 Flora –
From the vegetational point of view, the Bryce Canyon National Park can be divided into two zones, a desert area located at low altitudes and a humid area located high on the plateau, where the rains are more abundant and in summer the temperatures are more myths. Fir and poplar forests dominate the upper part of the Paunsaugunt Plateau, yellow pine dominates at medium elevations, and pine and juniper forests at low elevations where Gambel oak, cacti and yucca are also widespread. The Colorado spruce, the symbolic tree of Utah, is found mainly on moist soils near streams between 2400 and 2500 meters. Pinus longaeva and Pinus aristata are the longest-lived living organisms on earth, they grow on arid rock slopes or on ridges between 2280 and 3500 meters, are visible along the Fairyland Loop Trail and the Bristlecone Loop Trail at Rainbow Point, the specimens oldest in the park are found at Yovimpa Point and their estimated age is 1600 years. Douglas fir grows on moist but well-drained soils or in drier but shady areas, it is quite common in the park and the most famous specimen is found on Wall Street along the Navajo Loop Trail. Pinus flexilis grows on arid rock walls and on the peaks of the highest mountains where many other trees cannot survive, between 1500 and 3650 meters, its branches are particularly flexible so they do not break under the weight of the snow or due to the wind , the most famous specimen in the park is the one visible at Sunrise Point beyond the protective railing. The Colorado pine grows in open and dry soils between 1500 and 2100 meters, the root system reaches the same size as the top of the tree, it is easy to see it at low altitude along the canyon. The yellow pine grows in areas with moderate rainfall at altitudes between 1220 and 2700 meters, is one of the tallest pines in the southwestern United States, is very common in the park and it is not unlikely to come across partially burned specimens, this is due to the controlled fires started by rangers to simulate the effect of natural fire on the survival of this plant and the forest in general, the fire kills plants that otherwise would occupy the yellow pine habitat.
The aspen grows on moist soils at the edges of pine and fir forests, it is visible along the road through the park to the south, historical photos of Bryce Canyon show that in the past this tree was much more widespread than today. The juniper of the Rocky Mountains is visible at low altitudes in very sunny areas, its blue fruits covered with a layer of wax that allows it to retain water are characteristic. Dasiphora fruticosa grows in subalpine meadows at the edge of the wood and in areas close to waterways, its yellow flowers are visible between June and August and its leaves are food for deer. Castilleja parvula also called Bryce Canyon brush, is a rare member of the Scrophulariaceae family that grows only in this park, is visible along the Peekaboo Trail and Queen’s Garden Trail among the rocky debris in spring. Iris missouriensis grows in open and humid meadows, this plant is very toxic, the leaves have a high concentration of a glycoside, irigenin 7-glucoside, which is poisonous for both animals and humans, this iris can be seen in large groups at low altitudes.