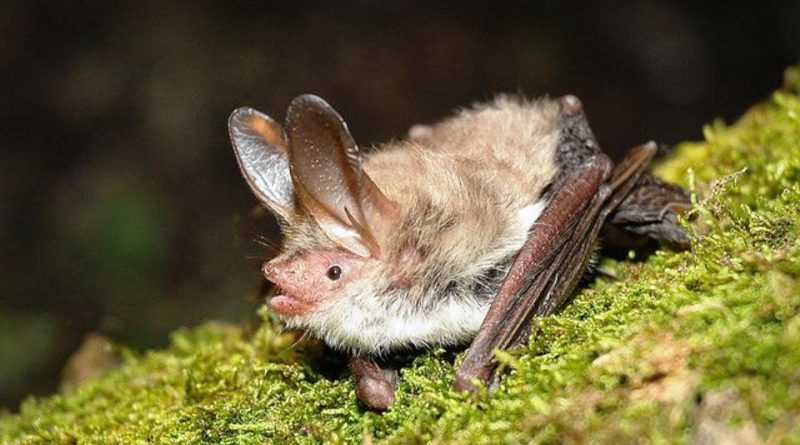 The Bechstein’s bat (Myotis bechsteini Kuhl, 1817) is a bat belonging to the Vespertilionidae family.

Geographic Distribution and Habitat –
The Bechstein’s bat is a bat widespread in Europe and southwestern Asia.
In Europe we find it in Portugal, Spain, France, Switzerland, Austria, Germany, Belgium, Denmark, the Netherlands, south-west England, Poland, Belarus, Czech Republic, Slovakia, Hungary, Slovenia, Croatia, Bosnia-Herzegovina, Albania, Romania, Moldova, Bulgaria, Greece, European Turkey, north-central, south-west and north-east, western Georgia, south-west Azerbaijan and south-west Russia.
In Italy it is present in Piedmont, Lombardy, Veneto, Friuli Venezia Giulia, Emilia-Romagna, Liguria, Tuscany, Umbria, Marche, Abruzzo, Molise, Campania and Calabria. It has also been observed in Corsica, Capri, Elba Island, Sicily and the Danish island of Bornholm.
Its habitat is exclusively wooded where it mainly populates beech and oak woods, but it can also be found in other types of forest and in parks and gardens, up to 1350 meters of altitude in summer and spring, while in winter it reaches 1800 meters. 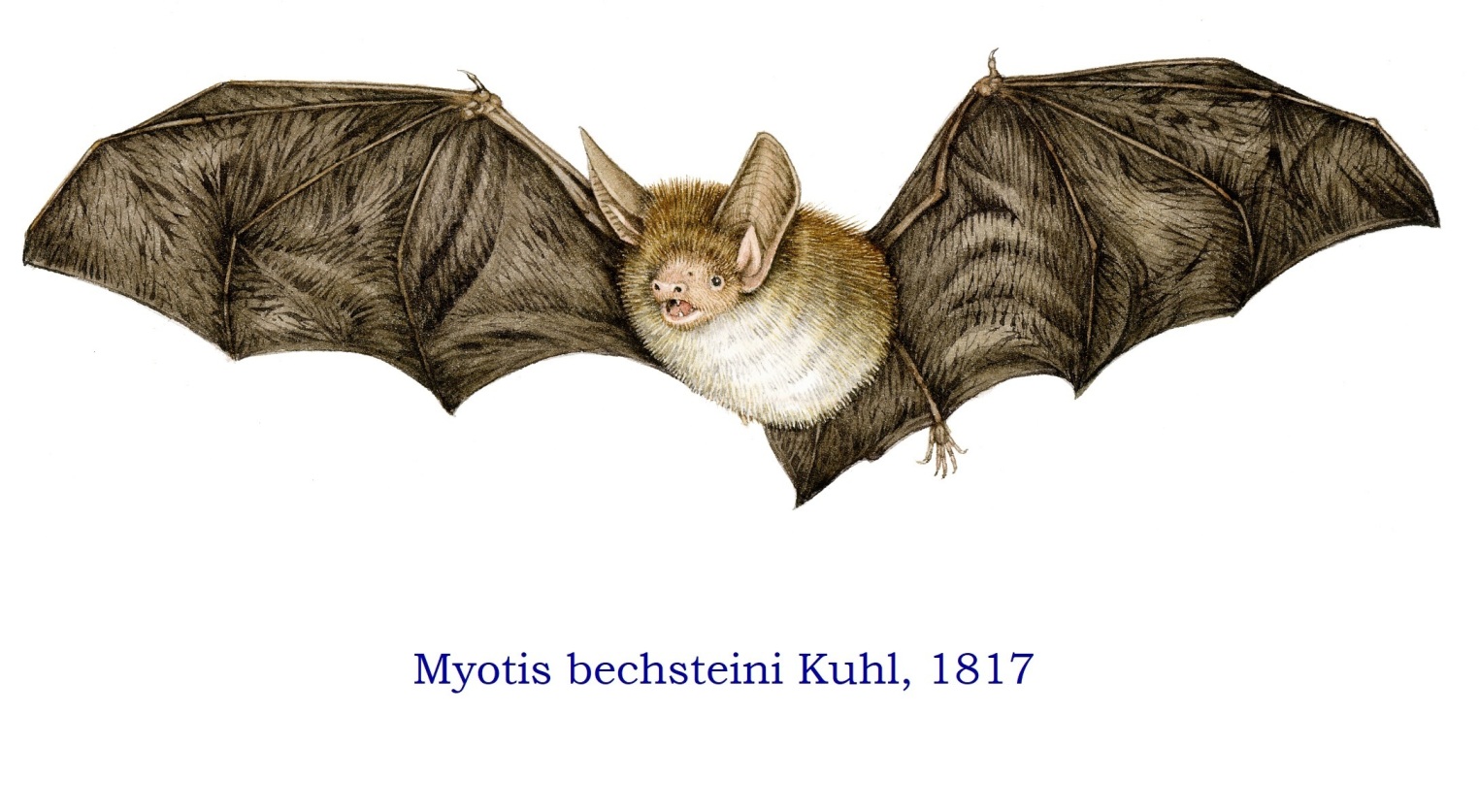 Description –
The Myotis bechsteini has a head-body length of 45-55 mm, a tail length of 41-45 mm, a wingspan of 25-29 cm, a length of the ears of 19-28 mm, for a weight ranging between 7 and 13.6 grams.
It is recognized for its long fur.
The dorsal parts vary from light brown to reddish, while the ventral parts are light gray.
The muzzle, the wing membranes and the ears are pinkish-brown. The latter are very long, narrow and with 9-11 longitudinal folds on the inner surface.
The tragus is lanceolate and more than half the length of the auricle. The wings are wide and attached posteriorly to the base of the big toe. The feet are small.
The tip of the tail extends beyond the uropathy.
This bat emits ultrasounds with variable frequency between 80 and 35 kHz and maximum energy at 50 kHz.
The flight at a low altitude, about 1-5 meters above the ground, and is maneuvered.

Biology –
Reproduction
The mating period for Myotis bechsteini usually occurs at the beginning of autumn and lasts until the following spring.
Females give birth one offspring at a time in early summer; gestation lasts about 50-60 days. The baby is weaned after a period of 6-7 weeks.
Life expectancy for this bat is around 21 years.

Ecological Role –
The Bechstein’s bat wasp lives in the hollows of trees in the summer and sometimes inside buildings alone, except for the females who gather in nurseries of up to 30 individuals. Once in the winter period, it hibernates in the period from October or November to March or April and moves to very humid natural or artificial underground sites with temperatures between 7-8 ° C, although it can still remain in the trees. This species often adapts to the use of bat shelters. During the rest it hangs with its feet on the walls, or slips into the narrow slits. Always keeps ears straight.
Myotis bechsteini is a sedentary species, with a predatory activity that begins late at night and returns to the shelters long before dawn.
Its diet is based on lepidoptera, diptera, planipennia and other non-flying arthropods such as spiders and opillions that it catches in the wood or along its margins.
From the point of view of its conservation, according to the IUCN Red List, considering that there is little information about the state of the population, although a decline of more than 30% has been highlighted in the last 15 years due to the loss and degradation of its own habitat, classifies M.bechsteinii as a species close to threat (NT).