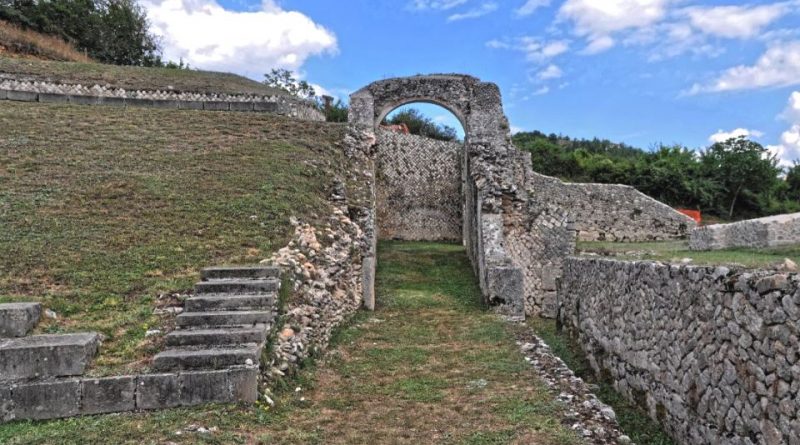 The Sabines and agriculture

The Sabines were an ancient Italic people of central Italy, who resided in the Sabina, an area comprised approximately between the upper Tiber, the Nera and the Marche Apennines, that is, in correspondence with today’s province of Rieti and the neighboring region of high Aterno in the province of L’Aquila.
Historical and archaeological finds tell us that the Sabina has been inhabited since prehistoric times, as evidenced by the remains of human settlements and flint tools, datable to the Paleolithic (60,000-30,000 BC) found throughout the area. In the following periods there are few testimonies of human presence, up to 3,000 BC, a period to which the remains of the ancient city of Eretum, near today’s Montelibretti are attributable.
The Sabines, who came from the Adriatic coast, arrived in the area around the 10th – 9th century BC, founding the cities of Reate, Trebula Mutuesca and Cures Sabini.
The Sabines derived, by migration, directly from the ancient Umbrians and belonged to the same ethnic group as the Samnites and the Sabelli, as is attested by the common ethnonym of safineis (in ancient Greek σαφινείς) and from the toponyms safinim and safina (at the origin of the terms Sannio and Sabina).
With respect to the possible etymology of the name Pliny writes that: “According to some, the Sabines are called Sebini because of their religiosity and piety” (from the Greek verb sébomai = venerate, honor).
According to other authors, the etymology of the word derives from the Indo-European root * s (w) e-bh (o) -, also at the origin of the Germanic term sibja (blood kinship), preserved in English in sib and sibling, and the ancient Indian term sabh (assembly, congregation, society).
According to Plutarch and Dionysius, the absence of defensive walls in the Sabine cities was due to the descendants of the Spartans.
On the other hand, Dionysius mentions the Sabines in relation to the Aborigines, from whom they would have stolen their capital List, with a surprise war action started from Amiternum, forcing them to take refuge in Rieti.
The hypotheses and studies on the Sabines, however, do not yet have a univocal vision.
According to the Roman legend, the first contacts between the Sabines and the progenitors of the future Romans, already took place with the landing of the Trojans on the shores of Lazio; Clauso, the young prince and leader of the Sabines (as well as the progenitor of the future gens Claudia), supported Turno, king of the Rutuli, in the fight against the Trojans of Aeneas.
The first contacts with the Romans took place immediately after the foundation of Rome, which was followed by the episode of the Rape of the Sabines, the cause of the subsequent Battle of Lake Curzio, which ended with the peace ratified by their respective kings, Romulus and Titus Tazio, who then reigned jointly for five years on the city, and the settlement of the Sabines on the Quirinal hill.
In fact, beyond the legend, the historical reality would be that the Sabines, having to raise their own cattle, had to look for new lowland pastures, which led them to press close to Lazio, and therefore to come into contact with the Romans, with which I begin a complicated coexistence studded with numerous conflicts. 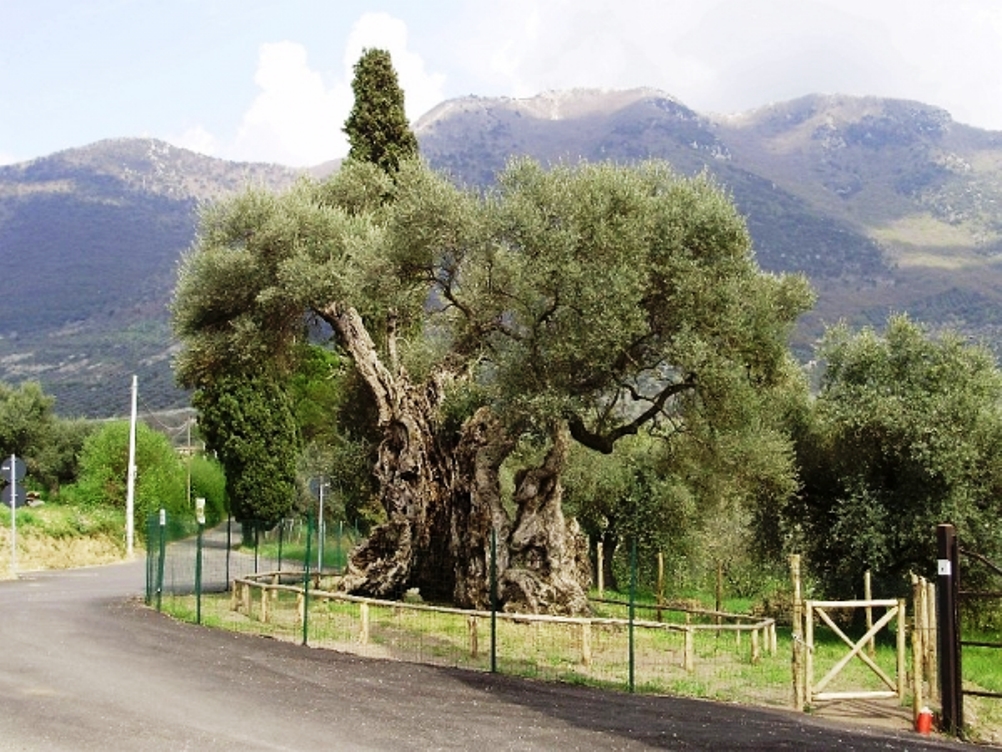 The birth of the Via Salaria is linked to the Sabines, and to the trade in salt to be transported from the ford of the Tiber to the Sabina, which played a fundamental role in the birth of Rome at the point where it crossed the Via Campana near the Foro Boario and the ford of the Tiber island.
The history of the Sabine settlements and their activity makes us understand that this people was dedicated to both agriculture and trade.
Around 700 the populations began to leave the old centers to move to the countryside, where they built houses scattered throughout the territory. This process took place above all in the lower Sabina where the fertility of the land allowed the introduction of the so-called “sharecropping”, a system in which the peasants gave half the harvest to the owner in exchange for the use of the farmhouse and the land.
An important history of olive tree cultivation is also due to the Sabines.
This history is still testified by the presence of centuries-old trees sculpted by time that still today stand in the thousands alongside the younger specimens, preserving their production capacity intact and making the Sabine landscape unique.
In this regard it must be emphasized that since ancient times the appreciation for the quality of the Sabina oil was so great that Marco Terenzio Varrone included in his “De re rustica” such detailed prescriptions for the cultivation and harvesting of olives that he could consider its treaty as the first “production specification”.
There are many historical testimonies, from the “flask” of Poggio Sommavilla of the seventh century BC. in which traces of oil have been found, to move on to the remains of Cures, an ancient Sabine city, where olive cultivation was already evident.
In this sense it is the city of Rieti, the capital of Sabina, whose countryside evokes the landscape magnificently described by Strabone, dominated by vineyards and olive trees, which still today are the most evident distinctive feature of the territory: a territory that has always been suited to agriculture , which offers anyone who crosses it ancient suggestions and pleasures, even gastronomic ones, which are extremely refined.
The Sabine population, praised by historians and intellectuals such as Dionysius of Halicarnassus, Marco Terenzio Varrone, Cato the Censor and Pliny the Elder, is considered in many ways “mater” of the Roman one, even in the legend, where the famous “Rat” stands out, which in fact merged the Sabines with the nascent city of Rome, giving rise to the new civilization. Traces of the glorious Sabine past are visible throughout the entire territory. Starting from the castrum and the Roman Villa of Cottanello or from the ancient Roman municipality Forum Novum in the municipality of Torri in Sabina, passing through the Horatian itinerary of the small town of Vacone or the archaeological sites scattered in the city of Rieti and in the municipality of Mompeo: included in the circuit of the most beautiful villages in Italy.
As evidence of the agriculture of the Sabines and, above all, of their predilection for the cultivation of olive trees, we can still observe the two old patriarchs: “U ‘Livò” of Palombara Sabina and the “Olivone” of Canneto Sabino, two still living trees which according to the legend they were already born when the Sabina gave Rome its second king, Numa Pompilius (715 – 673 BC).
The Sabina olive culture has continued to grow over the centuries, even after the fall of Rome, with the important contribution of the powerful Benedictine abbey of Farfa, until it became in 1500 that specialized agriculture that continues today and which has had a significant point a turning point with the establishment of the Sabino Consortium Elaiopolio in the immediate postwar period.

One thought on “The Sabines and agriculture”