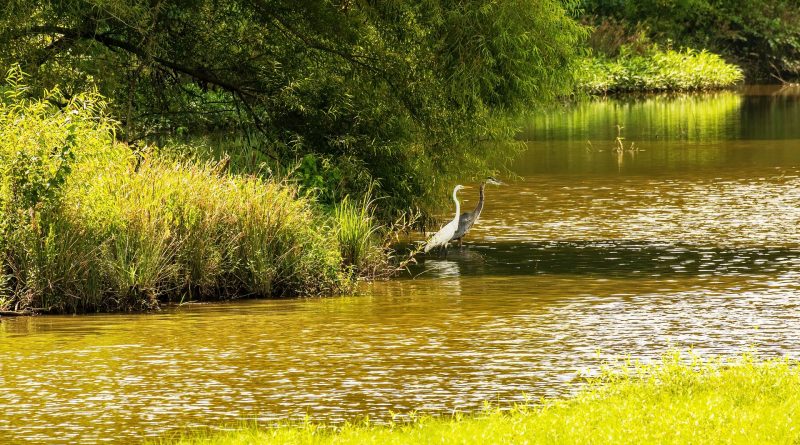 Wetlands and agriculture a combination to be reconnected

Humid zones, that is, those natural environments where there is a particular coexistence of land and water and therefore of a particular ecosystem, are in danger.
Much of the world’s wetlands have been lost in recent times, and most of the destruction has occurred in the past 50 years. The main causes are: direct destruction, alien species, agriculture and industry.
Official recognition of the importance of these areas came with the Ramsar International Convention (Convention on Wetlands of International Importance), signed on February 2, 1971, where “wetlands” are understood to mean «… the swamps and marshes, peat bogs or reservoirs, natural or artificial, permanent or temporary, with stagnant or running, fresh, brackish, or salt water, including expanses of sea water whose depth, during low tide, does not exceed six meters . ” Sites possessing these characteristics and which are of international importance especially as a habitat for water birds, can be included in the “list of wetlands of international importance” approved by the convention itself.
The Ramsar sites identified in Italy are currently 51 for a total area of ​​60,052 hectares.
Some areas then, due to their smaller extensions, risk suffering more from the effects of a “land use” outside the rules of Nature.
These areas, known as Minor Wetlands (Breis), are habitats that can perform the function of stepping-stone; the smaller wetlands are biodiversity hotspots and an essential place for a large number of rare and endangered species.
In 2008, a survey surveyed as many as 305 Italian ZUMs, natural (ponds, small lakes, river mouths, peat bogs, etc.) and artificial (rice fields, salt pans, defensive ditches of historic buildings, fish farming tanks, etc.).
To understand the state of health of the Minor Wetlands, a vulnerability index was created; the analysis carried out in Italy on these areas unfortunately found that they are seriously threatened by serious natural risk factors (global warming, therefore greater drought and a tendency to dry up many Zums) and anthropogenic disturbances (agricultural reclamation, pollution , new roads, new industrial settlements and buildings, a phenomenon that is particularly worrying in Sardinia).
Unfortunately, this state of the art involves the entire planet so much so that on 2 June 2015 in Punta del Este, Uruguay, the Director General of IUCN, Inger Andersen, addressing the participants of the opening ceremony of the twelfth meeting of the Conference of the Parties (COP ) stated: “We must ensure that the Ramsar Convention is a catalyst for change, and that the change is effective enough to stop and reverse the process of loss and destruction of wetlands.”
A few years have passed since that day, but the condition of the wetlands is still in serious decline.
We remind you that wetlands are systems in which there is an exchange and passage of elements and organisms, essential environments for the survival of both very localized and endemic species, and migratory species that find refuge and trophic resources there, in which various factors of pressure deriving from a wide range of anthropogenic activities including urbanization, agriculture, livestock, tourism, electricity generation, industry as well as the effects of climate change. 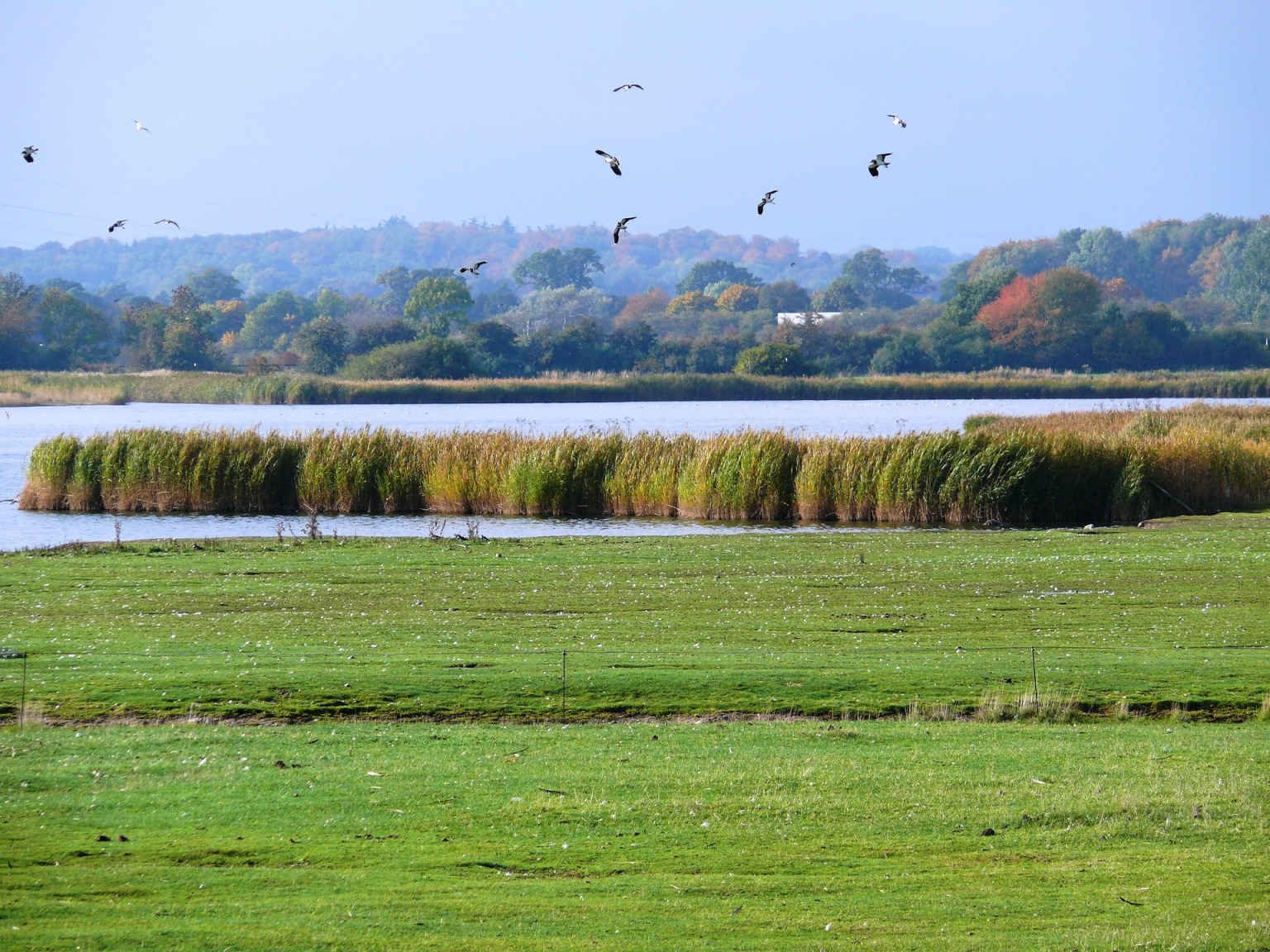 Wetlands pay too high a price, especially for the interference of agricultural systems which, obviously, by extension and contiguity, play a decisive role in these areas.
The disappearance or reduction of wetlands has ecological, and therefore disastrous economic consequences; they must interrupt entire troubled chains with repercussions on the ability of ecosystems (and within them of agriculture) to regenerate. And without regeneration of environments, the entire life on the Planet is in serious danger.
Amongst the major culprits of this state of affairs there is, of course, a certain type of agriculture.
Agriculture in recent decades has been heavily conditioned by a production model outside the rules and, therefore, by the safeguarding of Nature. We are worried about the farmer’s net income, market issues, quality systems, out of the real quality of the ecosystem, implementing an unprecedented degradation of the environment.
For years, starting with Agenda 2030 (September 2015) and recently with the European Green Deal (December 2019), and internally, with the Farm to Fork of May 2020, this seriousness has been understood.
The teaching that comes to us from all of this is, first and foremost, of an Ethical order.
No human activity can be done without the utmost respect for the rules of Nature and therefore without the protection of its spaces.
We have interfered, and unfortunately, we continue to do so on nature, its spaces, its rules, its needs, assuming an alternative way.
The answer is that there is no alternative: there is no technology, production system, development model,
Even before changing our relationship with the things that surround us, we must change the way we perceive them and become aware of them.
There is a kind of friction and views between operators in the agricultural world and ordinary citizens. Those who demand compliance with production rules, who raise questions of economic unsustainability for a change that is now needed.
It is still a partial and distorted way of thinking. Nature laws tell us that in order to be better we must act according to its rules. Agriculture, among its many activities, must understand this; an understanding that lies not only on the shoulders of those who produce but of all of us who consume.
There is, in fact, an “ethical” way of nourishing and consuming, which must be in accord with the way of producing food: every person’s primary right.
The direction undertaken is called agroecology for the agricultural sector.
Agroecology, with its rules, today represents the only way to go, as its vision, its rules, its way of being, are the only ones that go along with the principles of nature, and inside, of those areas, such as wetlands, or other particular habitats without which the word development or future history no longer makes sense.
Here, however, the policy is at the European level with the CAP (Common Agricultural Policy) and the PSR (Rural Development Program), which at national and regional level must globally review their approach.
There is still a long way to go because it must first be matured at the level of how we perceive the environment around us and how we must promote and support (also economically) people and processes.
Markets, SPREADs, monetary values, stock market indices, etc. even today they do not have an ecological habitat but their and our future depends on the health of natural habitats.