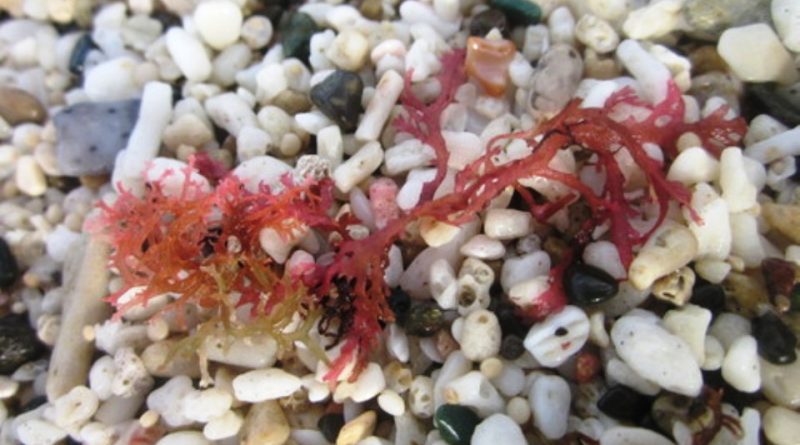 Geographic Distribution and Habitat –
The horrid Eucheuma is found mainly in the equatorial area in the Indo-Pacific region, and more concentrated in Southeast Asia.
This species, along with others of the same genus, has been distributed in many areas far from its original natural habitats, including Japan, Hawaii and the islands of the South Pacific.
Its natural habitat is typically under low tide, growing from sandy areas to rocky bottoms along a coral reef, where water movement is slow to moderate. 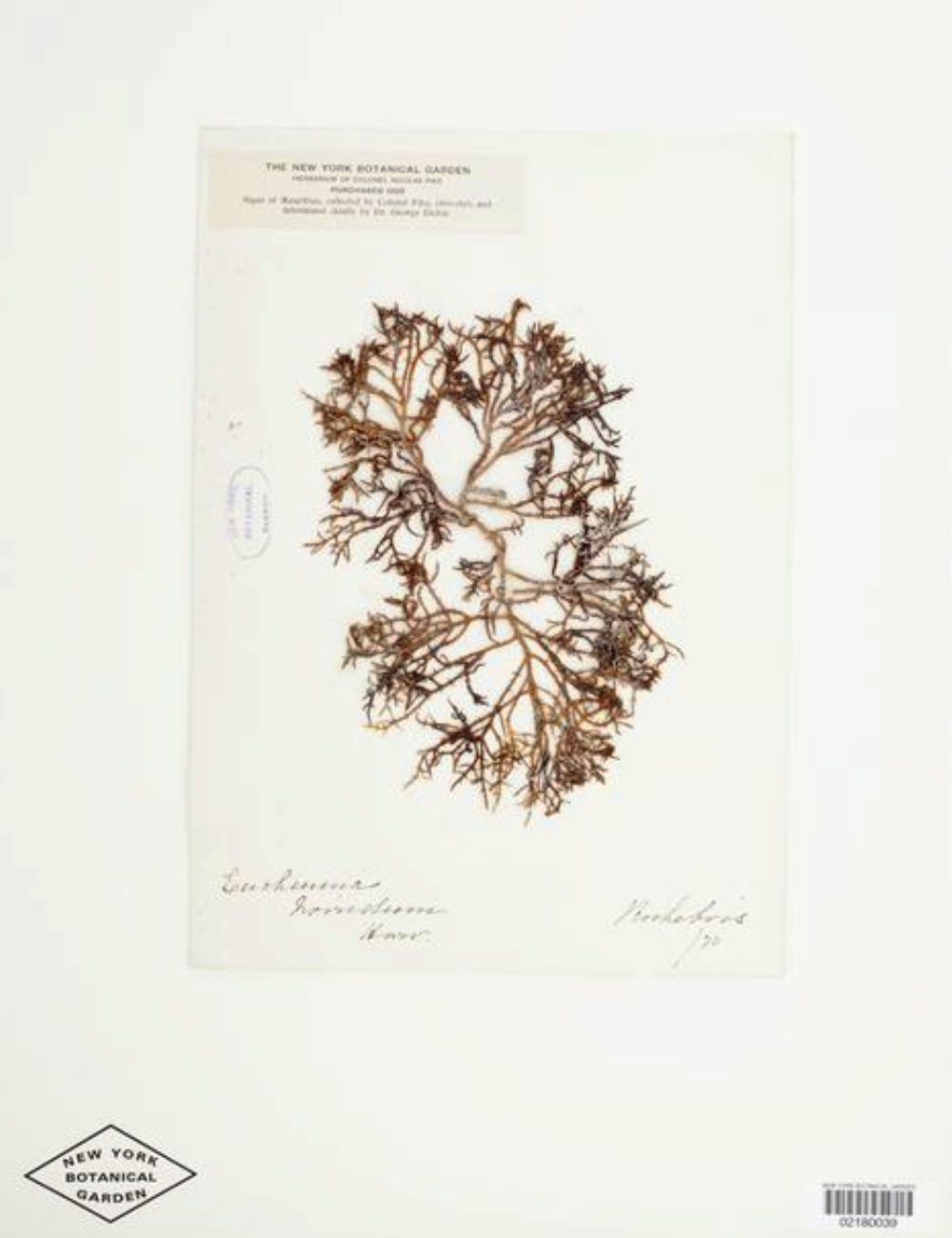 Description –
Plushuma horridum is a red alga formed by various thin branches that is also able to divide to form new branches. It also shows a triglyetic life cycle, consisting of a gametophyte (n) (dioecious), a carposporophyte (2n) and a tetra sporophyte] (2n). Both the gametophytic and the more robust sporophyte stages are important for the development of marine algae, whose characteristics allow for greater vegetative regeneration.

Cultivation –
Eucheuma orrida like other species of the genus Eucheuma, such as E. spinosum and E. cottonii, is cultivated in different parts of the world and is used in the food industry (especially to produce the thickener known as carrageenan) and in that of cosmetics.
Algae are grown in rows, using bamboo sticks or other similar supports as support; the harvest is very frequent. The cultivation practice of this kind of algae is native to the Far East and Indonesia (for example, the Philippines and Bali), but later it spread elsewhere. Today, seaweed crops are very common on the coasts of Tanzania and both major islands of the archipelago, such as Unguja and Pemba.

Customs and Traditions –
Commercial cultivation of Eucheuma is an important source of income for people in developing countries, where algae production can be a sustainable source of income with lower environmental costs than other aquaculture sectors. Since Eucheuma is one of the most common and fastest growing marine algae species, its commercial aspects are visible in large quantities grown and harvested in short periods, possessing the ability to reach ten times their mass, in 45-60 days in warm tropical environments.
Once harvested, the product can be dried, packaged, and then transported for the extraction of carrageenans or used directly as food.
The main producers of Eucheuma (therefore of various species of the genus) are the Philippines (about 92% of total world production; FAO 2005 statistics) and China (about 7% of total world production), followed by Tanzania and Kiribati. These percentages can be biased as countries such as Indonesia and Malaysia, which are also the main producers of these species, do not accurately report their production to FAO.
The average annual production of dried seaweed, including other groups of marine plants, reached nearly 125,000 tons in the Philippines alone in 2000-2004, valued at around $ 139 million.
Once the young algae have been obtained from nature, they are cleaned to get rid of dirt and other contaminants, then they are transferred to the nursery sites in Styrofoam boxes with ventilation holes in the top, without exposure to wind or sun.
The culture of Eucheuma has raised some environmental issues, mainly focused on the ecology and biodiversity of coastal environments. The ecology of Eucheuma cultivation sites can be characterized by overcrowding, as other farmers may be attracted to the cultivation site, which ultimately outweighs the capacity of the environment. This in turn can alter the general hydrology of the region and affect other species present. Household pollution from agricultural waste disposal can also impact the surrounding environment.

Preparation Mode –
Eucheuma horridum, like other species of the genus grim use both in the food field, as well as in the cosmetic and agri-food sector. Manufacturing processes are now an industrial one, especially for the carrageenan thickener.