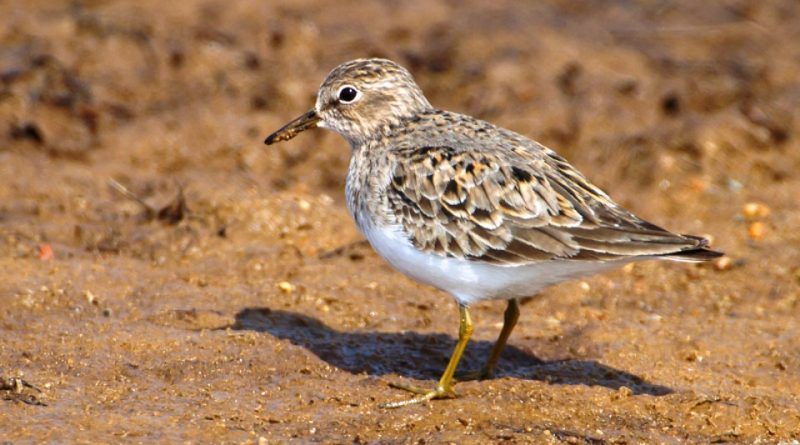 The Temminck’s stint (Calidris temminckii Leisler, 1812) is a bird belonging to the Scolopacidae family.

Geographic Distribution and Habitat –
The Temminck’s stint is a bird that lives in a vast range that includes: all of Europe and Asia, northern half of Africa, but also in Zambia, the Democratic Republic of the Congo, Tanzania, and other African equatorial states. It is accidental in Alaska, British Columbia, Croatia, Serbia and Montenegro, Syria, Lebanon and Northern Mariana.
The breeding habitat of this bird is mainly represented by brackish waters, rather than fresh water, as in the taiga swamps of northern Arctic Europe and Asia. In general, the reproductive habitat consists of grassy swamps and heaths. In migration and wintering, it can be found near the banks of ponds, inland and rotten plains, even coastal inlets with vegetation cover and streams.
This bird nests in Europe and northern Asia, from the sixtieth parallel north to beyond the Arctic circle. In winter it migrates south, overwintering from the Mediterranean area to equatorial Africa. In Italy, it is considered a kind of double step but irregular, and partly wintering. 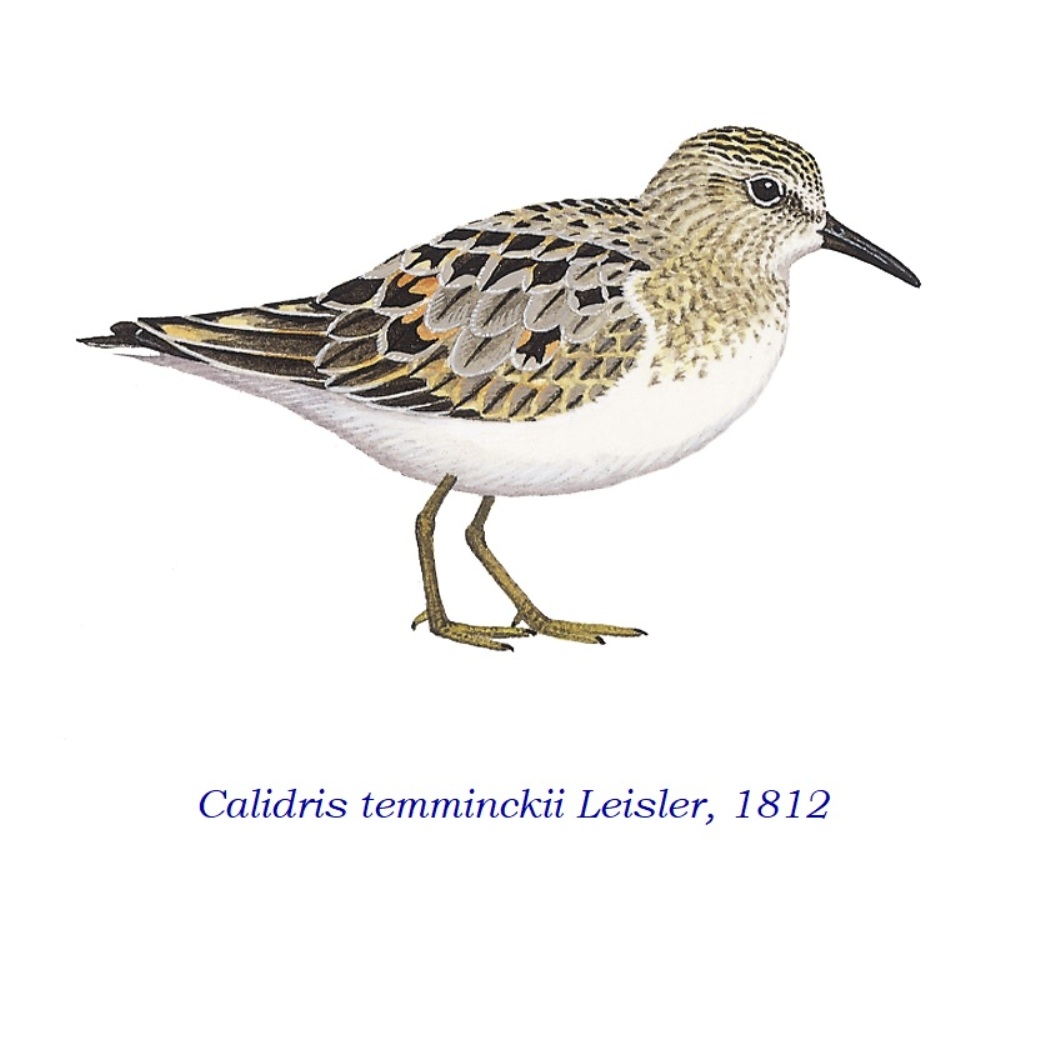 Description –
Calidris temminckii is a small trampoliere bird with a length of 13.5–15 cm.
The legs are yellow and the outer tail feathers white, in contrast to the dark legs and gray outer tail feathers.
The upper parts and the head are predominantly brown and the white lower parts are part of a darker breast.
Adults have some more bright reddish mantle feathers to alleviate the generally indistinct appearance. In winter plumage, which does not change much, the general appearance resembles a tiny version of the common sandpiper.

Biology –
The Temminck’s stint nests in a freshly scraped area on the ground, where it lays 3-4 eggs.
These birds have a particular breeding and parental care system in which male and female parents incubate separate broods and typically in different locations. Males establish small territories and mate with a female who lays a first brood. She then moves to a second territory and mates, and lays a second brood which she incubates alone. At the same time, her first male can mate with a second incoming female, who lays her second brood on her territory. The male then incubates the first brood alone.

Ecological Role –
The Calidris temminckii is a migratory bird with a breeding habitat in swampy areas. It is a less sociable species than other waders and rarely forms large flocks.
These birds are typically waders, feeding on soft mud with some vegetation, mainly gathering food on sight. It feeds mainly on insects (beetles, dipters and their larvae) and other small invertebrates such as earthworms and other annelids.
Their feeding behavior is characteristic, similar to a mouse, constantly crawling along the edges of swamps and water holes.
For the IUCN, the population of this insect, though it is affected by the destruction of marshy habitats, is rather stable and, therefore, of minimal concern.