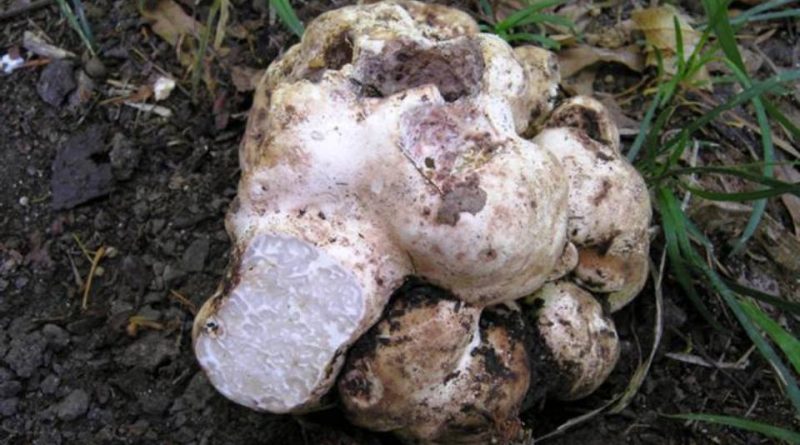 Etymology –
The term Choiromyces comes from the Greek χοῖρος choíros porco and from μηκης mýces mushroom: because it is sought after by pigs: pig mushroom.
The specific meandriformis epithet comes from Meandrus (in Greek Μαίανδρος Maíandros) Meander, a river of Asia Minor famous for its tortuosity, and from shape to appearance: for the meandering design of the gleba.

Geographic Distribution and Habitat –
Choiromyces meandriformis is a very common underground fungus in continental Europe. It is known in Russia, Poland, Germany, where it is consumed after cooking.
In Italy it is present in some areas of the pre-alpine and alpine arc.
Its habitat is the one in which they are present: beech, willow, aspen, white poplar, etc. where it grows in the woods up to an altitude of 850 meters above sea level, at all exposures to the sun. 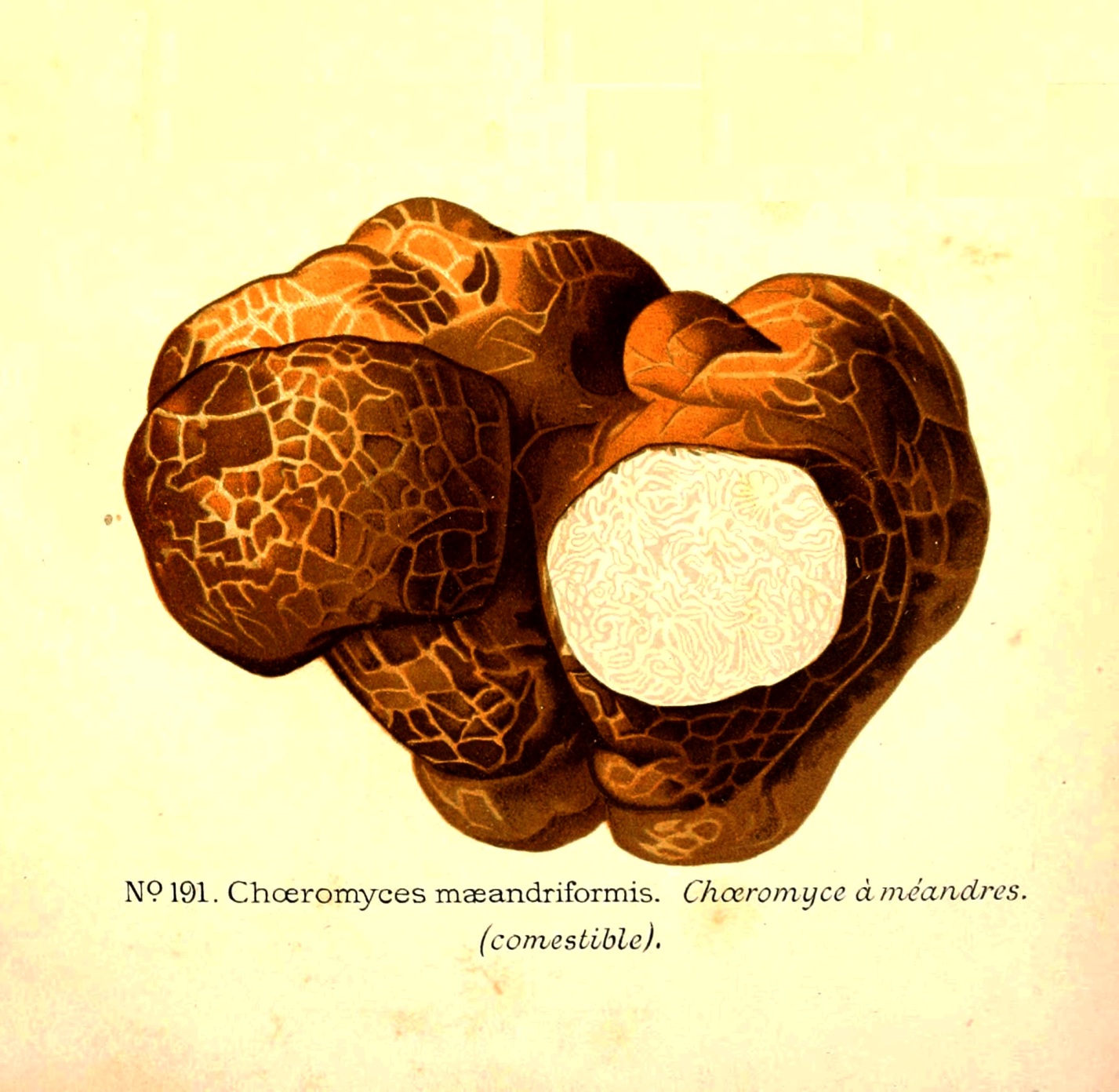 Recognition –
Choiromyces meandriformis is an underground mushroom, very similar to Tuber magnatum, with which it is often confused, but it differs for its cream color mixed with ocher-hazelnut. Its size ranges from those of a walnut to those of an orange, extraordinarily larger; some specimens weighing more than 500 grams have been collected.
The carpophore grows to 8 cm in diameter and is globose and lobed. It has a thin, non-separable peridium, initially whitish, which then stains and darkens to reddish-brown.
The gleba is first compact and then typically meandering, white to brownish-yellow in color and with a very strong and unpleasant smell when ripe, like sweaty feet.
Under the microscope, round, warty spores can be distinguished, adorned with truncated spines that make it look like a marine mine, 19-22 µm in diameter.
The ascus are claviform or pedunculated sac, containing 8 spores.

Cultivation –
Choiromyces meandriformis is a truffle of no interest in cultivation due to its toxicity.

Customs and Traditions –
This truffle is quite common and often it is confused with the Tuber magnatum which is instead prized.
It has often been collected and consumed, exchanging it with Tuber magnatum, as it matures in the same periods, and has caused intestinal disorders. This confusion has always occurred at the hands of inexperienced people, who have never seen the prized white truffle, nor heard its characteristic and unmistakable scent.
It is considered a toxic species, not of a very serious entity, also recognizable by the smell and the stick-like ornamentation of the spores.
However, this species causes a laxative syndrome that should not be underestimated.

Preparation method –
Choiromyces meandriformis is a truffle which is not recommended to be collected and consumed, in some areas it is consumed after cooking but it is advisable not to consume it absolutely due to a post digestive laxative syndrome that should not be underestimated.