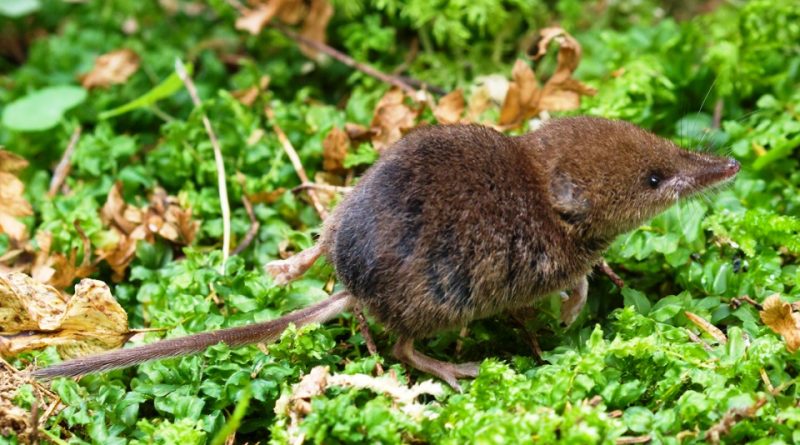 The Eurasian pygmy shrew or pygmy shrew (Sorex minutus Linnaeus, 1766) is a mammal belonging to the Soricidae family.

Systematics –
From a systematic point of view it belongs to:
Eukaryota Domain,
Kingdom Animalia,
Phylum Chordata,
Class Mammalia,
Order Soricomorpha,
Soricidae family,
Genus Sorex,
Species S. minutus.
Many subspecies are reported in this species whose validity is, however, subject to verification.

Geographic Distribution and Habitat –
The Sorex minutus is a small mammal with a vast distribution range, ranging from central Spain to central Siberia and Tibet. It is also the only native Irish Soricide, even if not the only species currently present, since the presence on the island of alien populations of reddish crocidura has recently been reported.
The species is present throughout peninsular Italy, albeit discontinuously, while it is completely absent in the islands and in the Salento peninsula.
Its natural habitat is made up of the edges of deciduous forests, but it is also found in areas covered with hedges or scrub up to 2000 – 2200 m of altitude. 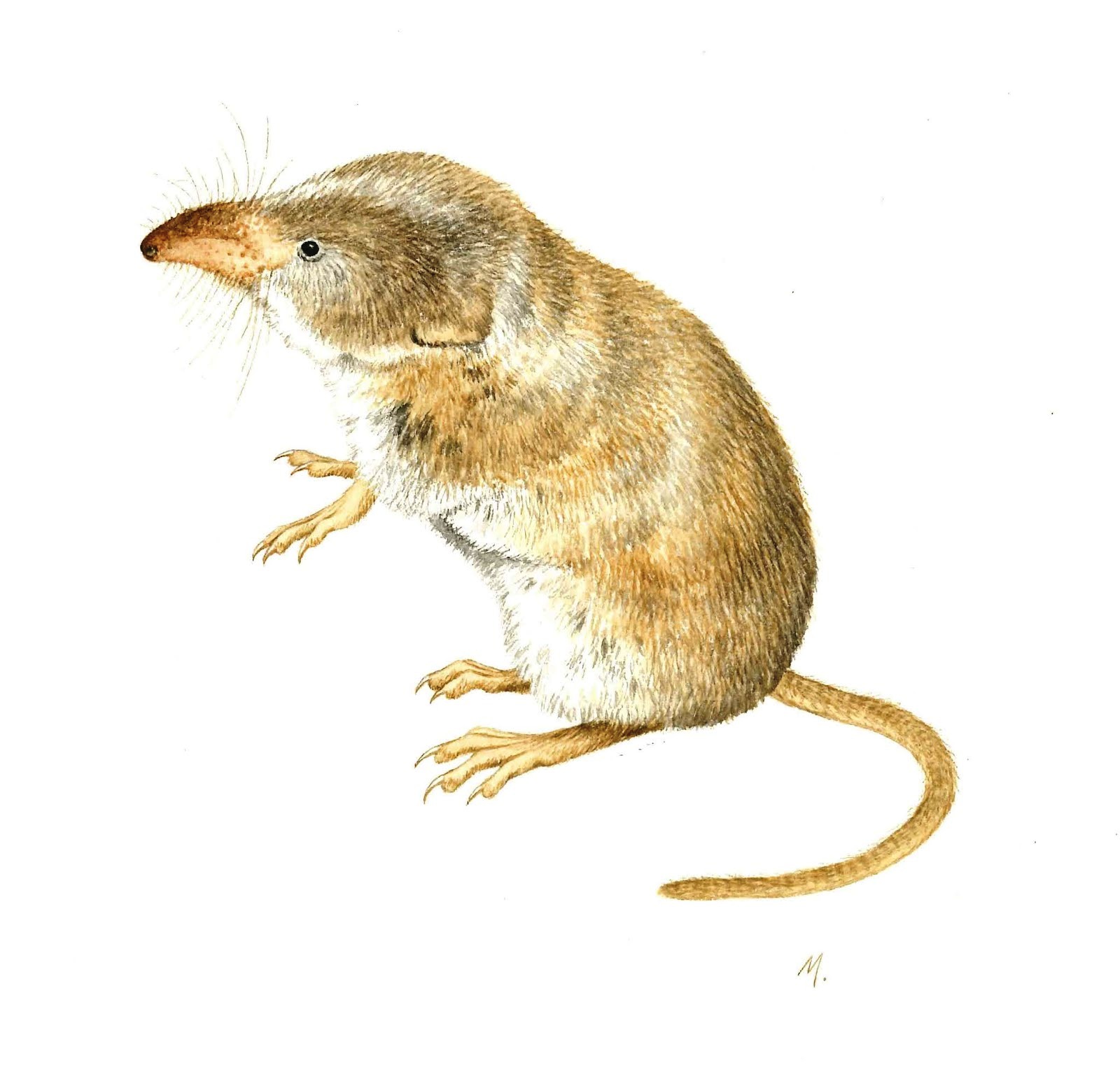 Description –
The Eurasian pygmy shrew is a very small mammal with a head-body length of 4.3-6.4 cm, a tail length of 3.1-4.6 cm, for a weight ranging between 2.5 and 7.2 grams.
It is recognized for having the hair of the back of blackish color with shades ranging from reddish to purplish, very dense and shiny: belly, throat, jaw, periocular area and lower part of the tail are instead whitish. The muzzle and legs are covered with sparse white hair (vibrissae in the muzzle), while the skin is flesh-colored.
The head is larger in proportion to the body than other shrews.
It has small ears and semi-hidden by the hair, in any case they are dark flesh colored and shaped like a semicircle.

Biology –
In Sorex minutus, the breeding season runs from April to August. The female, after three weeks of gestation, gives birth to a litter of two to eight young.
The young are given birth and cared for in underground burrows, obtained preliminarily by the female, even if she frequently steals from other animals, aggressively chasing away or even killing the previous tenant.
A female can generate up to five litters per year.
In nature, the life expectancy of these animals is around fifteen months.

Ecological Role –
The Eurasian pygmy shrew is a species with solitary and catadromous habits as it is active both during the day and during the night, alternating periods of wakefulness and rest over the course of twenty-four hours.
In any case, this small mammal has clearly more epigean habits than its congeners, living mainly in the undergrowth and on leaf litter and therefore needing a rich scrub cover to be able to move.
Its diet is mainly based on insects and other small invertebrates. It is one of the animals with the highest metabolic rate: this means that the animal needs to feed at regular intervals, that is approximately every two hours or so. This is why the animal so frequently alternates periods of wakefulness and rest.
As regards its state of conservation, Sorex minutus, like other insectivorous species, is particularly affected by the effects of pesticides and the destruction of forests, but currently no particular conservation problems are identified (L. Contoli in Spagnesi & Toso 1999 ).
Among the main conservation measures we remember that the species is included in Appendix III of the Bern Convention and included in numerous protected areas. Species not huntable according to the Italian law 157/92. Least Concern assessed by the European Mammal Assessment (Temple & Terry 2007).