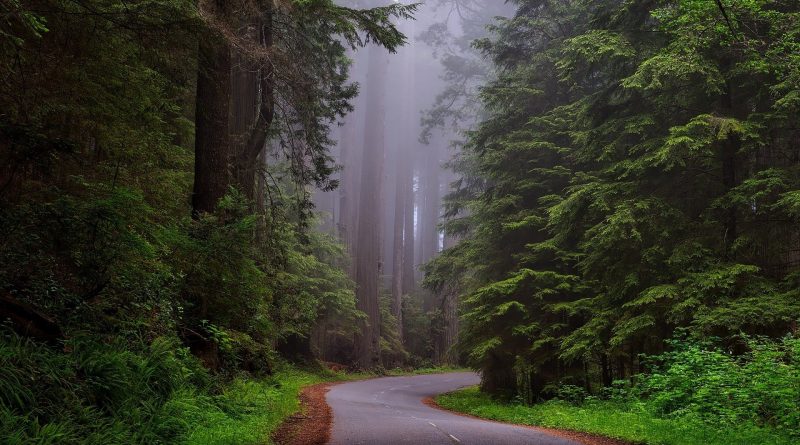 How much does it cost us to lose biodiversity

Once upon a time there was capitalism. So could begin, in some time, in the history books, the argument on that economic and political model that characterized the last period of most of the civilizations of the planet earth.
A capitalism that was conceived or, if you prefer, generated by that cultural model that has placed the concept of business and the market at the center and marginalized natural capital, made up of biodiversity, non-renewable resources and the quality of renewable ones, such as soil, air and water.
A business ideological system that has messed with numbers, confusing private wealth with wealth, monetary wealth with prosperity, and so on.
The big balance sheets and big projections of economists and proponents of capitalism lack the most essential currency that was, is, and always will be, natural capital, as defined above.
Now to do the exact accounts and reject, without the possibility of repair, those “erudite” economists think about various institutions, research bodies and scholars who, putting the currency of natural capital back into the economic accounts, are realizing how much it has cost (and how many it will still cost) humanity and planet Earth to have perpetrated such a reckless economic model for over a hundred years.
In recent times, some scholars, including Sir Robert Watson, president of the Intergovernmental Science-Policy Platform on Biodiversity and Ecosystem Services (IPBES) have thus put back into the “calculators” the costs not considered and unfortunately have drawn the relative truths, namely that the loss of biodiversity, linked to our way of doing economy, costs more than one and a half times the world Gross Domestic Product (GDP), for a figure that reaches 145,000 billion dollars a year.
As a result of this, because of the new thermodynamic order of the planet, we are generating those ecological, climatic changes, and the loss of biodiversity that can no longer be considered separate issues but must be addressed together and immediately.
One official data tells us that at least one million living species out of 8 million will disappear in the coming decades; a loss of 15% of biodiversity, which does not indicate a mass extinction, but which is however unacceptable and whose consequences, if we want to see them only from a monetary point of view (but this, as mentioned, is a very limited criterion) , will be catastrophic, dragging with them poverty, famine, injustice and political instability.
According to the IPBES, over the past 50 years, human intervention has significantly transformed 75% of the land surface, caused cumulative impacts for 66% of ocean areas, and destroyed 85% of wetlands.
Among the services provided by biodiversity to ecosystems, the value of which, as mentioned, is estimated at approximately 145,000 billion dollars a year, there are pollination of crops and water purification, to name a few, which man is threatening and destroying.

With these data, and above all with their projections, we can no longer sleep peacefully but, above all, we must globally change the way of doing economics and, above all, of doing politics and creating the right consciences to do it.
ISPRA was added in a recent report to these data, in a parallel way, and in relation to the Italian condition. The study assessed the damage caused by the loss of biodiversity that, as if that was not enough, continues to proceed at a fast pace, with a rate judged by experts to be 100 to 1000 times higher than that recorded in pre-human times.
The estimated costs go far beyond 10 billion euros for the damage caused so far by the loss of biodiversity. In this regard, we recall that Italy’s GDP is around 2,000,000 euros.
In short, the entire natural heritage that the capitalist system has consumed has been transformed into great monetary wealth without these having the ability to restore the heritage that generated them.
We have witnessed what happens with the laws of physics, where, as a result of thermal reactions, we produce degraded forms of energy that are no longer able to restore their original state: docet thermodynamics.
What does all of this mean in practical terms?
It means that we need a profound change and political will, especially in the use of energy and resources, but we also need a different way of formulating the budgets and public accounts of a country, abandoning the outdated formula of GDP (of which they are still sadly full political references and news).
We must completely change the way of producing goods and services for humanity, implementing systems in which the production of the good does not correspond to the reduction or elimination of a portion of biodiversity and natural capital.
One case above all is that of the use of synthetic substances in agriculture, such as insecticides, herbicides, synthetic fertilizers, etc., whose use directly or indirectly affects natural resources (such as those necessary for the production of some chemical fertilizers) and on the populations of insects, birds, mammals, reptiles, amphibians and various organisms which, with their decrease or disappearance, destabilize entire ecological biocoenoses with immeasurable damage. If we add to this the constant loss of soil fertility, of their consistency and the decrease in agricultural biodiversity, wisely selected, for greater resilience, by the knowledge of ancient farmers, we realize that the loss of biodiversity and natural resources corresponds to a loss of knowledge, which is also a heritage that is difficult to recover.
What remains to us then?
The recipe is complex and requires medium-long times that, cruelly, may not be compatible, with the solution of the problem.
But we still have a great resource: the dignity of changing our ways of thinking, of conceiving the concept of wealth, of getting back on our feet to build a new humanism and a new way of looking at the relationships between the things of the world; one challenge that Pope Francis presents as a task for the coming years is that it takes shape in his Encyclical “Brothers all”.
This we can and must do; it is the mandate that history has given to this generation.