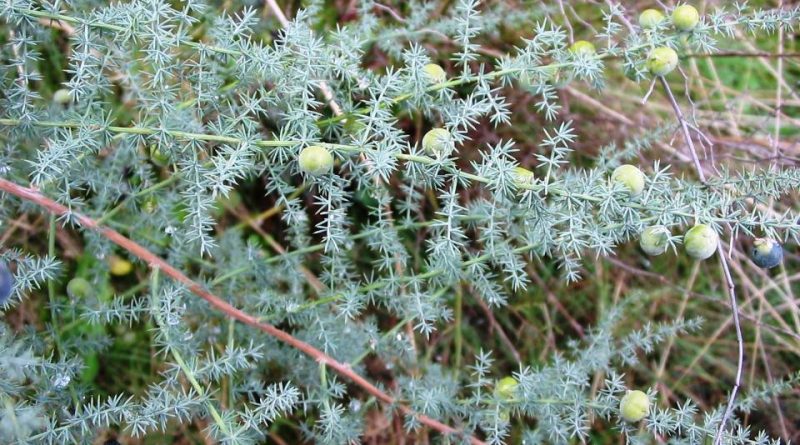 Scientific name: Asparagus acutifolius L.
Family: Liliaceae
Dialect name: sparaciu, sparaciu sarvaggiu
Annual perennial herbaceous plant characterized by an underground rhizome from which young shoots called “shoots” emerge, representing the edible part of the plant.
The stem is generally woody, creeping, the leaves are very small, in the armpit of which cladodes, needle-like and pungent are formed.
The flowers are off-white, solitary with a campanulate shape; the fruit is a rounded berry, first green and then, when ripe, black.
It is a spontaneous species, spread from sea level to the high mountain areas. It is found both as a species of undergrowth and as a scrub in clearings or in sunny coastal areas.

Active principles
The active ingredients are found in the rhizomes, while the sprouts are very popular in the kitchen. 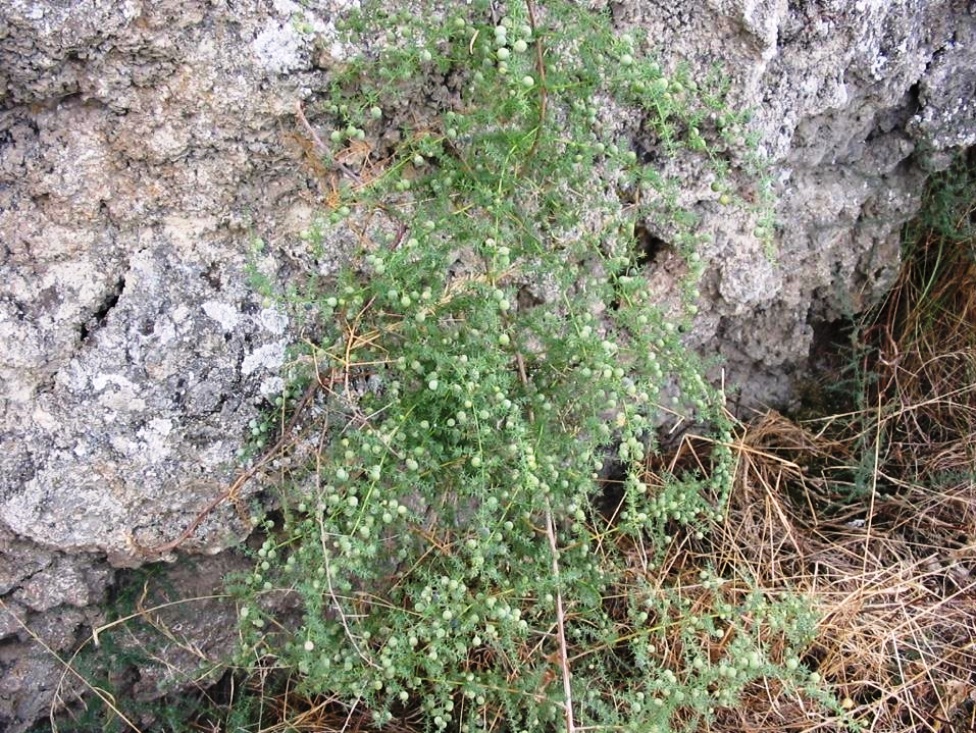 Property
Diuretic, sedative of the heart, against obesity.

Internal use
Diuretic, sedative of the heart, against obesity
Diuretic decoction: boil 40 g of roots in 100 ml of water and consume in small cups during the day, always away from meals. 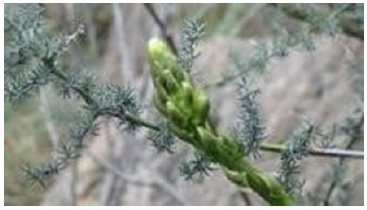 Sedative decoction of the heart: boil 60 gr of rhizomes in a liter of water and consume 3 times a day; the bitter taste can be corrected by adding a pinch of sugar.
Forest uses:
The species, very rustic and long-lived, has an excellent potential for the consolidation of slopes thanks to its very robust root system.
Source: “The shrub species of the Mediterranean scrub.” Forest series.