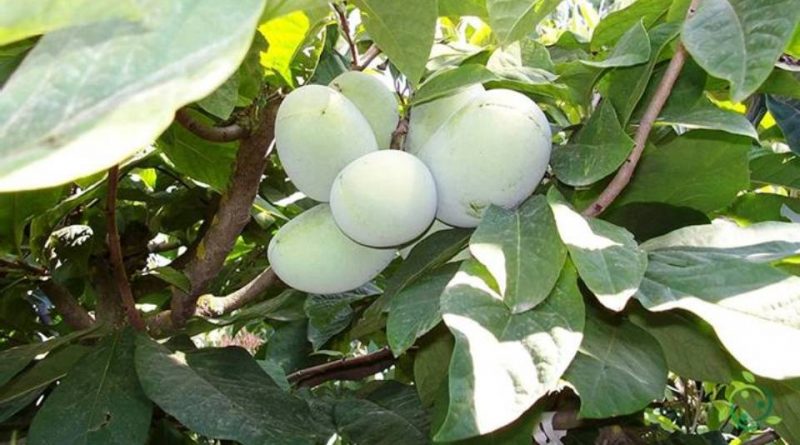 How to prune Asimina

Asimina (Asimina triloba (L.) Dunal) is a small deciduous fruit tree of the Annonaceae family. It is a native plant in the eastern United States where it is known as the pawpaw or paw paw.
Another name by which it is known is that of northern banan.
Asimina, in its habitat, grows spontaneously along the banks of rivers and in the undergrowth, forming typical clonal thickets that originate over time from the roots of a single individual.
This small tree resists up to -20 °; as well as for the production of fruits it has a decorative aspect, with branches that start from the ground. The fruit is similar to a squat banana, with a creamy, aromatic and fragrant pulp reminiscent of a mixture of pineapple, banana, and mango.
From this fruit, jams, yoghurts, creams, and ice creams can be produced.
Asimina is scarcely cultivated in Italy and is present only in some botanical gardens and experimental orchards.
As regards the cultivation and management of Asimina triloba, in the Italian climate, this plant is perfectly suited to cultivation in the Mediterranean climate. For the details of the cultivation technique, see the following sheet.

Pruning technique –
Asimina is, in general, a low-maintenance plant, which generally does not require pruning, except for the periodic removal of the branches that can be damaged due to bad weather or accidental damage.
The main pruning operations of this plant are carried out by the basal suckers which grow by contributing to the formation of the main trunk. It is important that in the first years of development the plant is not subjected to particular cuts to give it the opportunity to form a good root system and a solid structure.
The most suitable form of training is to impale the plant at a height of 80-100 cm; for this reason, it is necessary to eliminate the ramifications that grow below the scaffolding point, with cuts to be made in the winter before the vegetative restart. During the first four winters the state of health of the branches will be checked, eliminating the damaged ones.
Arriving at the fifth year of planting, the first real production pruning cuts must be made. These cuts must be made by thinning the foliage in order to evenly distribute the load of the same and ensure good lighting of the internal part.
In this sense, to better guide the branches you can use canes or wooden posts in the shape of a “Y”, which will be used as spacers or strings anchored to the ground with a wooden stake.
Generally we recommend the use of reeds in order to greatly limit any marks on the bark caused by the strings.
Other pruning interventions can be envisaged in older plants, with return cuts, to stimulate the emission of new branching.