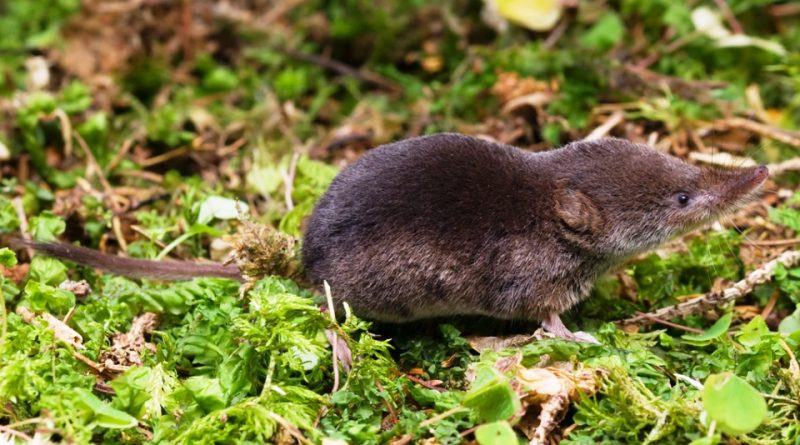 The common shrew or Eurasian shrew (Sorex araneus Linnaeus, 1758) is a small mammal belonging to the Soricidae family.

Geographic Distribution and Habitat –
Common shrew The common shrew is a species widespread in much of Europe and Asia (from the Pyrenees to Lake Baikal) with the exception of the steppe and desert areas. It is absent in Ireland, in the Iberian Peninsula, in most of France and in the southern Balkans.
In Italy it is present throughout the peninsula, however the distribution of this species is not yet fully clarified due to the difficult distinction with the Italian shrew and, moreover, it is absent in the islands.
It is the most common species of shrew, as well as being one of the most numerous mammals and one of the few to be poisonous.
Its habitat is that of wooded areas, grassy areas and hedges of Great Britain, France, and especially in Liguria, Scandinavia and Eastern Europe. 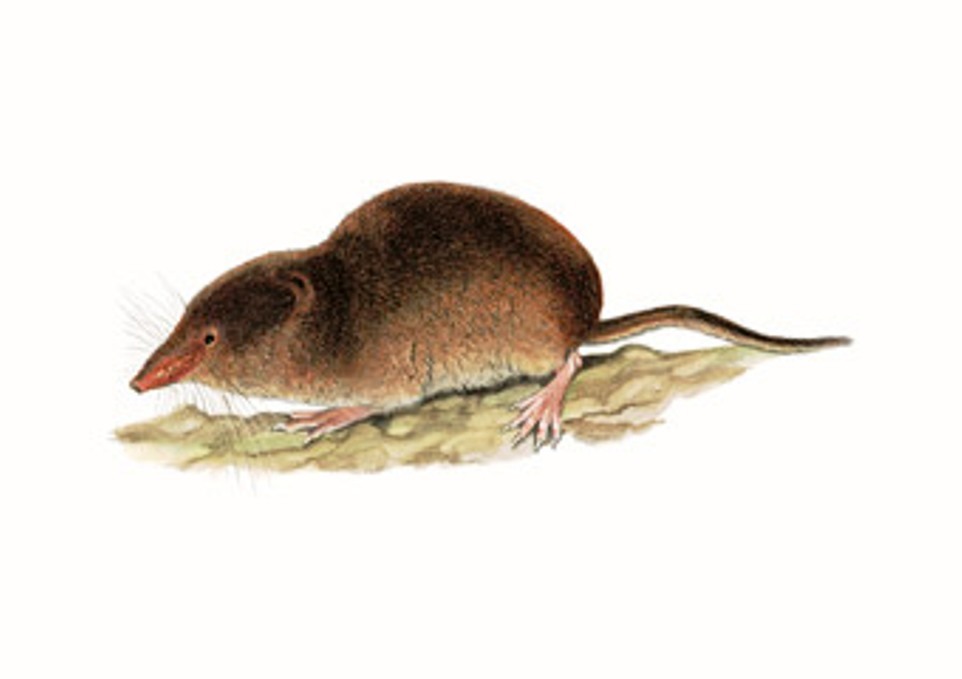 Description –
The Sorex araneus is a small mammal with a head-body length of 5.4-8.7 cm, a tail length of 3.2-5.6 cm, for a weight of 6-12 grams.
It is recognized to have a dark brown furrowed and pale belly.
The young have a brighter colored coat, before they make their first moult, when the darkest winter coat develops.

Biology –
In the common shrew, the breeding season runs from April to September, with a peak of births during the summer months.
The gestation lasts 24 – 25 days and each female gives birth, 2-4 times a year, a litter of 5-7 young.
The little ones become independent at the age of 22 and 25 days.
The young often form a caravan behind the mother, holding the tail of the brother or sister in front of them with their mouths.
This mammal, during the reproductive period, unlike the rest of the year, prefers not to be solitary.

Ecological Role –
Each specimen of Sorex araneus occupies a territory of 370-630 square meters, in which it will live all its life and during the winter months it does not go into hibernation, as its body is too small to store sufficient reserves of fat.
Males extend their borders only during the breeding season, when they search for females. They are territorial animals and very aggressive when another specimen crosses the borders of its territory.
They build their nests underground in the sand or among the dense vegetation.
They are animals with very poor eyesight, but they use an excellent sense of smell and good hearing to locate prey. With these senses, the Sorex araneus can detect prey in the soil up to 12 cm deep.
They are active both day and night, although they are much more active during the latter. They are almost always on the move and only rest for a few minutes between one activity and another.
The diet of this mammal is predominantly carnivorous and insectivorous and consists mainly of insects, snails, spiders, worms and carrion. To survive, each individual needs to consume an amount of food equal to 80-90% of its body weight every day. This necessity drives them to eat every two or three hours.
According to the IUCN, the conservation status of this species does not place it among those threatened even if in recent years the number of specimens has dropped considerably due to the increased use of herbicides.
The common shrew in Great Britain is protected under the Wildlife and Countryside Act of 1981 and it is an offense to kill one without first obtaining a license.
In this country, the population of these mammals is kept under control by owls, weasels, stoats and foxes, avid predators of the common shrew.
In addition, a liquid produced by some glands located on the skin makes shrews rather unpleasant to the taste of domestic cats.