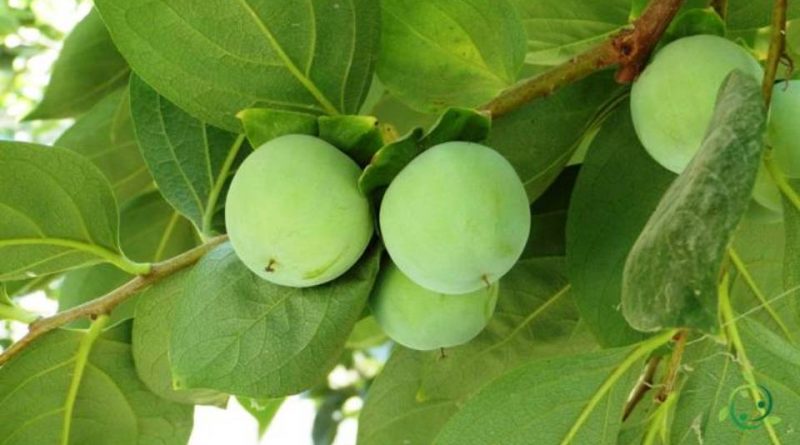 Persimmon (Diospyros kaki L.f., 1782), also known by the name of diòspiro, is a fruit tree of the Ebenaceae family.
This plant is native to China, where it then spread to Korea, Japan, and other countries.
Kaki was introduced in Italy at the end of the last century and here it is widely spread until the fly arrived that has cut down production from 3 million to 50 thousand tons today. The regions with the greatest crops are Campania, Emilia Romagna, and to a lesser extent Sicily, Veneto and Marche. Outside of Italy, it is especially found in Spain as well.

Pruning period –
To identify the pruning period of persimmon, you need to know the physiology of this plant: persimmon is a slow-growing but very long-lived tree; it is a plant of medium vigor and particularly resistant to low temperatures.
The optimal pruning period for this plant is that of the end of winter, when cutting to thin the branches, useful for thinning out the foliage and allowing good lighting inside; with this intervention, care must be taken to limit the fruit drop and to obtain fruit of good size.
Pruning in this period, in addition to the rebalancing of the vegetation and the elimination of damaged and no longer productive branches, is used to obtain illuminated and airy foliage that is less subject to attacks by scale insects, which prefer dense shady environments. In this sense, to choose the branches to keep for fruiting, it is good to prefer the short ones, which are better manageable and have less risk of breaking.
Another period of pruning, but with different objectives, is the summer one. In summer, with green pruning it is possible to act by eliminating the suckers, the branches that grow vertically from the branches, while the root suckers are very rare in persimmon and therefore it is difficult to remove them.
For details of the pruning technique, see the following sheet.

Varieties and rootstocks –
In the classification of the varieties of kaki, reference is made to the classification according to the astringency of the fruits; there are thus 4 groups:
– Non-astringent constant at fertilization (CFNA): edible until harvest; said sweet khaki, Jiro, Fuyu Gosho;
– Constants at fertilization, astringents (CFA): these must post-ripen; Hachiya, Yokono;
– Variables to fertilization, not astringent (VFNA): these also require ammovement; sayings like kaki, Nishimura, Vainiglia;
– Variable at fertilization, astringent (VFA): edible only in the part around the semen; Hiratanenashi.
As far as propagation is concerned, the persimmon is propagated by grafting; in general, on the other hand, cuttings are not produced due to the low rhizogenic activity.
As for the rootstocks, we mention three; these are: Diospyrus lotus, the most used in Italy but not similar to sweets, D. kaki is similar to all cv and resistant to drought and adversity, however it is not very resistant to cold, Diospyrus virginiana, disforme and sucker.