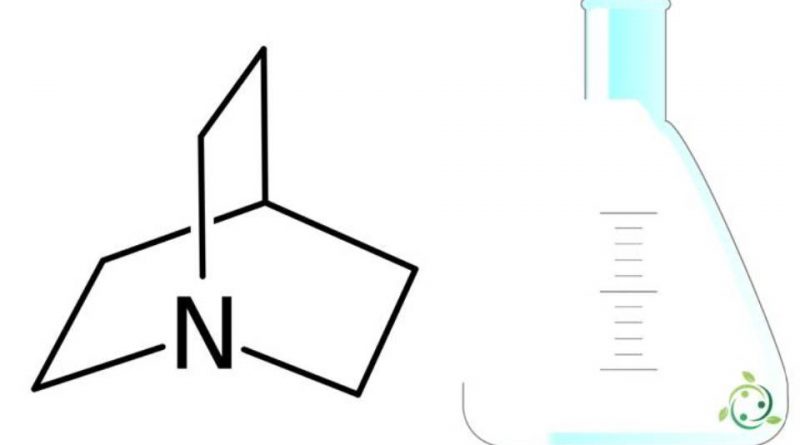 Quinuclidine, whose term in the official IUPAC nomenclature is 1-azabicyclo [2.2.2] octane and whose alternative name is 1,4-ethanopiperidine is a bicyclic tertiary amine.
Quinuclidine has a brute or molecular formula: C7H13N and is a bicyclic tertiary amine, with the nitrogen atom placed at the bridgehead. The other bridgehead is the carbon atom in position 4 and both are joined by three ethylene bridges.
From the physical point of view, in purity condition, it is presented in the form of colorless crystals with a melting point of 156 ° C.
The bicyclic piperidine structure of quinuclidine is part of quinine, which is an alkaloid.

In quinuclidine the presence of a tertiary amino function gives the molecule a basic character, superior to most simple amines; In fact, for the conjugated acid (quinuclidinium ion) there is a pKa of 11.0.
A similar structure, but with another nitrogen instead of carbon 4, is DABCO, a basic catalyst in polymerizations and an excellent nucleophile.
Quinuclidine is found as a structural component, as well as quinine, of some biomolecules.