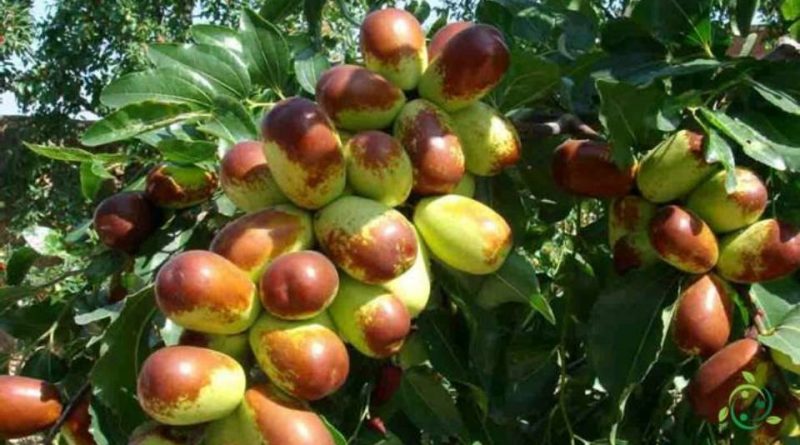 Jujube (Ziziphus jujuba Mill.) Is a fruit tree of the Rhamnaceae family. The fruit is commonly called jujube.
This plant is believed to be native to North Africa and Syria, and was later exported to China and India, where it has been cultivated for over 4000 years. It was the Romans who first imported it into Italy but its spread was by the Venetians, who imported it directly from the East and spread it first in Dalmatia, then on the islands of the lagoon and finally on the mainland, in the Euganean Hills area, that more suitable in the north-east for their cultivation for exposure and climate.
Before going into the details of the jujube pruning period, remember that this is a very slow growing plant due to the formation of very short brachiblasts, but it is very long-lived and becomes centuries-old.

Pruning period –
The jujube is a plant that must be pruned at two different times of the year.
The first pruning operation has the purpose of prolonging flowering, giving harmony of shape to the foliage and favoring the ventilation and sunshine of the innermost parts; this intervention is carried out in summer, eliminating dry branches and non-productive ones. In general, those that are too long should be shortened up to about 5 meters above the ground to facilitate the collection of the fruits.
On the other hand, the second pruning operation is carried out in autumn after the jujube harvest and is usually performed after the first frost. This time the intervention must be more radical to stimulate the flowering of the following summer. It is necessary to operate with well-sharpened and disinfected shears and the twigs are shortened by about half of their length and the damaged and old ones are pruned a few cm from the ground. Before pruning the jujube it is important to irrigate it abundantly to avoid the water stress caused by the cuts.
For details of the pruning technique, see the following sheet.

Cultivar –
The jujube is a plant of ancient cultivation and of which no real selection work has ever been done. In fact, there are no selected cultivars in Italy, but only varieties corresponding to two types that are generically indicated:
– long-fruited;
– round fruit.
Both varieties have good organoleptic characteristics and good productivity.