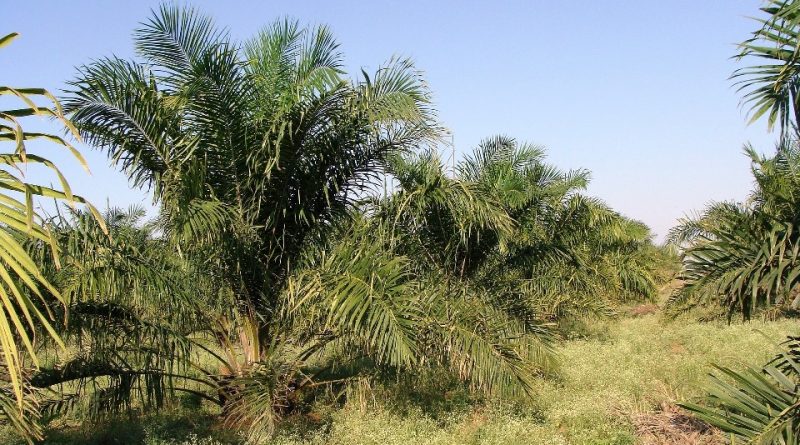 The oil palm (Elaeis guineensis Jacq.) Is an arboreal species belonging to the Arecaceae family.

Geographic Distribution and Habitat –
The oil palm is believed to originate in a large area of ​​Africa, in the tropical rainforest region of West Africa in a region about 200-300 km wide along the coastal strip from Liberia to Angola. The palm has extended from latitude 16 ° N in Senegal to 15 ° S in Angola and east into the Indian Ocean, Zanzibar and Malagasy.
In recent times it has been introduced and cultivated in all the tropics between latitudes 16 ° N and S. It is also cultivated as an ornamental plant, as in southern Florida.
The species has naturalized in Madagascar, Sri Lanka, Malaysia, Indonesia, Central America, Cambodia, West Indies, and several islands of the Indian and Pacific Oceans.
Its habitat is that of the warm and humid lowlands close to the equator, as it requires an average annual temperature between 24 ° and 27 °, without seasonal fluctuations, so much so that already at the latitude of the tropics it is no longer sufficiently productive. It also needs a constant humid environment, since it draws water from the soil but also from the surrounding environment. 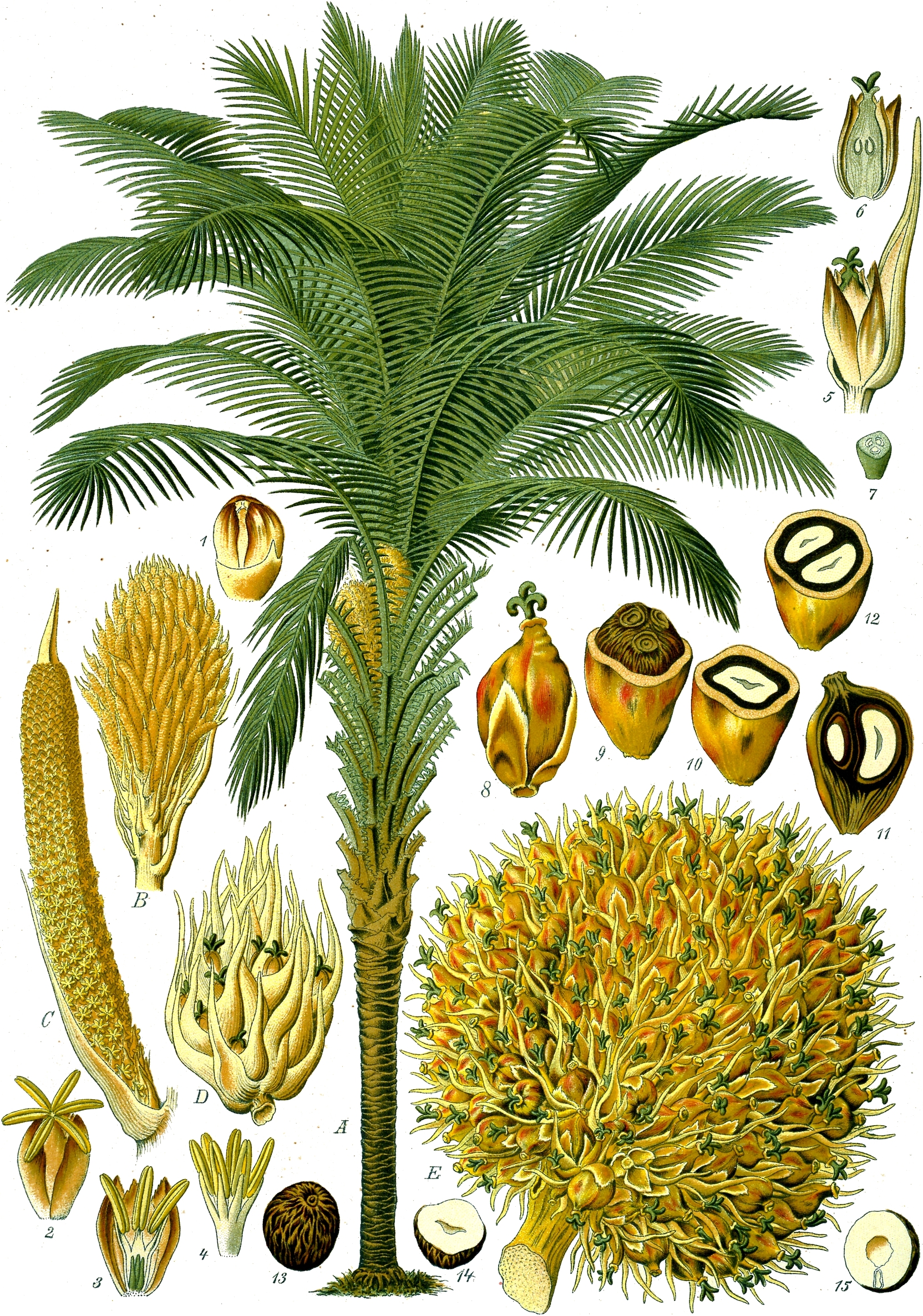 Description –
The oil palm is a plant that can grow to 20 – 30 m tall.
The leaves are pinnate and reach 3-5 m in length. A young palm produces about 30 leaves per year. Palm trees, in the stationary phase, in 10 years produce about 20 leaves per year.
The flowers are carried in dense clusters; each flower is small, with three sepals and three petals.
The fruit, which is a drupa, takes 5-6 months to develop from pollination to maturity. It is reddish in color, with the size of a large plum and grows in large clusters. Each fruit consists of an oily and fleshy outer layer (the pericarp), with only one seed (the palm kernel), also rich in oil. When ripe, each bunch of fruit weighs between 5 and 30 kg depending on the age of the palm.
Each fruit cluster may contain 2,000 fruits.

Cultivation –
For every hectare of oil palm cultivation, which is harvested all year round, the annual production is, on average, around 20 tons, with yields of 4,000 kg of palm oil.
Furthermore, the flour obtained from the kernels is processed to be used as feed for livestock.
All modern and commercial planting material consists of tender palms or DxP hybrids, which are obtained by crossing the thick-shelled hard variety with the shellless pisifera. Although the common germinated commercial seed has the thick shell of the hard mother palm, the resulting palm will produce tender, thin-shelled fruit. An alternative to germinated seed, once mass production constraints are overcome, are tissue-grown or “clonal” palms, which provide identical individuals to high-yielding DxP palms.
As far as propagation is concerned, unlike other plants of the genus, oil palms do not produce offshoots; propagation occurs by sowing.
Different varieties and forms of Elaeis guineensis have been selected for cultivation, which have different characteristics.
Remember:
– E. guineensis dura;
– E. guineensis pisifera;
– E, guineensis tender.

Preparation Method –
The fruits of the palm, easily perishable, are sterilized by steam after harvesting, then pitted to separate them from the pulp and cooked, pressed and filtered.
The oil that is obtained is reddish in color due to the high content of beta-carotene, solid at room temperature and has a characteristic odor; the taste can be sweet.
After a further refining process it can take a yellow white color.
This product is used as an edible oil, to make margarine and as an ingredient in many processed foods, especially in the food industry and is one of the few vegetable oils with a relatively high content of saturated fat (as well as coconut oil) and, hence, semi-solid at room temperature.
Another product is palm kernel oil, obtained from the seeds of the fruit, without pulp, of the plant.
The seeds, once separated from the fruit in the palm oil production phase, are dried and ground; then they are pressed to obtain a solid block that contains a high percentage of lauric acid, similar to coconut oil. The unrefined product has a brownish-yellow color that after refining becomes yellowish-white: the palm kernel oil melts at a temperature of 26 ° -28 ° C; from it are obtained particular fats used in the confectionery industry for icings, candying and cocoa-based fillings.