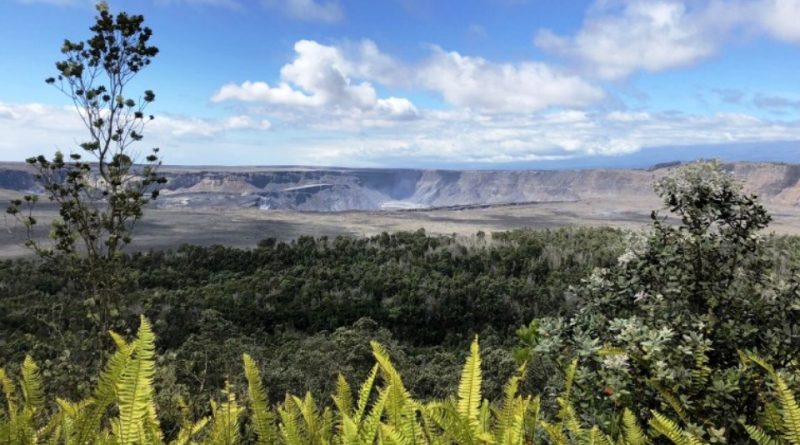 Hawaii Volcanoes National Park, whose WDPA Code is: 999916 is a US park inaugurated in 1916 that occupies 1,348 km² of land.
This park is the result of hundreds of thousands of years of volcanism, migration and evolution, processes that make a bare land emerge from the sea and cover it with complex ecosystems and a particular human culture.
Hawaii Volcanoes National Park features diverse habitats ranging from sea level to the top of the tallest volcano, Mauna Loa at 4,169 meters. Another volcano, Kīlauea, one of the most active in the world, gives many ideas to scientists about the birth of the Hawaiian Islands, and to tourists the spectacle of its territories.
Thanks to its naturalistic values, the Hawaii Volcanoes National Park has been defined as a biosphere reserve and a World Heritage Site by UNESCO.
The intense volcanic activity of the park has created the Kalapana black sand beach (now covered by the lava produced by the last eruption) and other similar beaches. 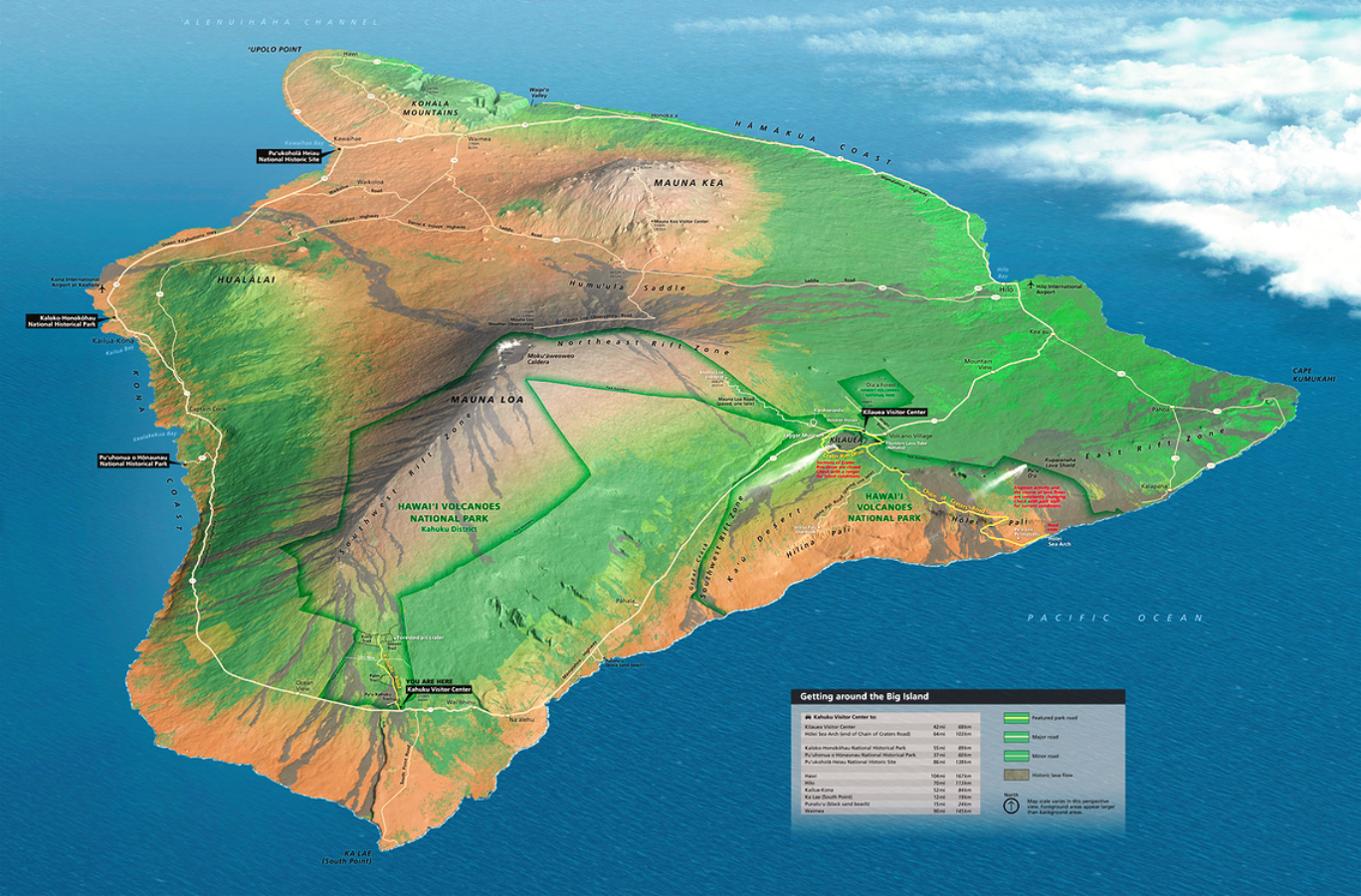 Flora –
Hawaii Volcano National Park is home to a plant paradise.
Along the windswept coastal plain, solitary tendrils of ferns peer through cracks at the endless masses of hardened lava. Halfway up the park, we find dazzling blooms of trees and tree ferns that rise amidst a tangle of misty rainforest. A few kilometers away, the distinctive rose window of Mauna Loa clings to an alpine ledge. Evolving over 70 million years ago in near complete isolation, over 90% of the state’s native flora is found only in the Hawaiian Islands.
Today, Hawaii Volcanoes National Park is home to the descendants of those early settlers; numerous evolutionary wonders such as mints without mint and nettles without nettles – plants adapted to life without plant-eating mammals. These are just some of the incredible diversity of plants that live within the park.
Unfortunately, Hawaii today faces an ecological crisis. Plants that have survived for millennia now face huge threats from invasive alien plants and wildlife, creating major challenges for resource managers. Within the Hawaii Volcanoes National Park are 23 endangered vascular plant species, including 15 endangered tree species. The race to recover the park’s native landscapes and endangered plants is an important commitment of the Resource Management division. The removal of alien ungulates such as the mouflon, the removal of the most displacing invasive plants, and the planting of native and endangered plants represent the real priorities and challenges.

Fauna –
Hawaii Volcanoes National Park is home to a host of native Hawaiian species including a host of fascinating birds, carnivorous caterpillars, the largest dragonfly in the United States, crickets, endangered sea turtles, and only one native land mammal: a bat. Many groups of common organisms on the continents have never made the journey to the Hawaiian Islands. However, for those with the right survival strategy, these remote volcanic islands have become something of an evolutionary frontier for species that have exploited new opportunities to find food and shelter starting around 70 million years ago. Most of the native animal species in the Hawaiian archipelago descend from those that were able to fly here, such as birds, bats and insects; those light enough to be carried by birds, such as snails, some insects and spiders and those brought here also via the sea to shore. Their descendants survived and reproduced to eventually inhabit every possible corner.