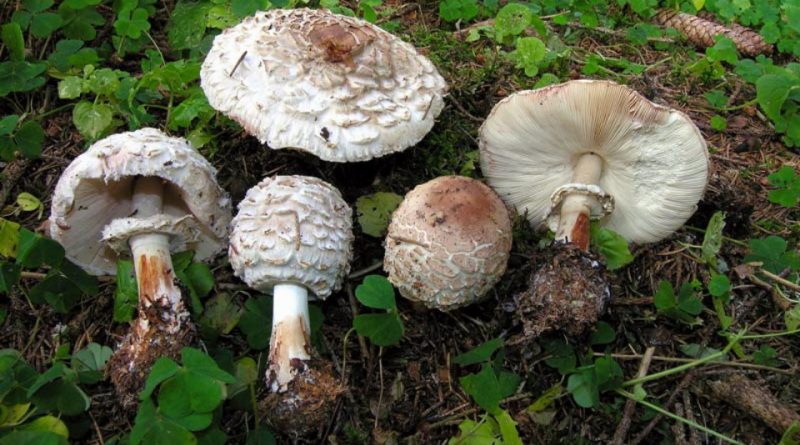 Etymology –
The term Chlorophyllum comes from the Greek χλωρός chlorόs green and from φύλλον phýllon leaf, lamella: with greenish lamellae.
The specific epithet rachodes is unknown.

Geographic Distribution and Habitat –
Chlorophyllum rachodes is a basidiomycete present in Italy and that grows from summer to autumn, in meadows, in clearings of woods and in cultivated fields, often also in an anthropized environment. 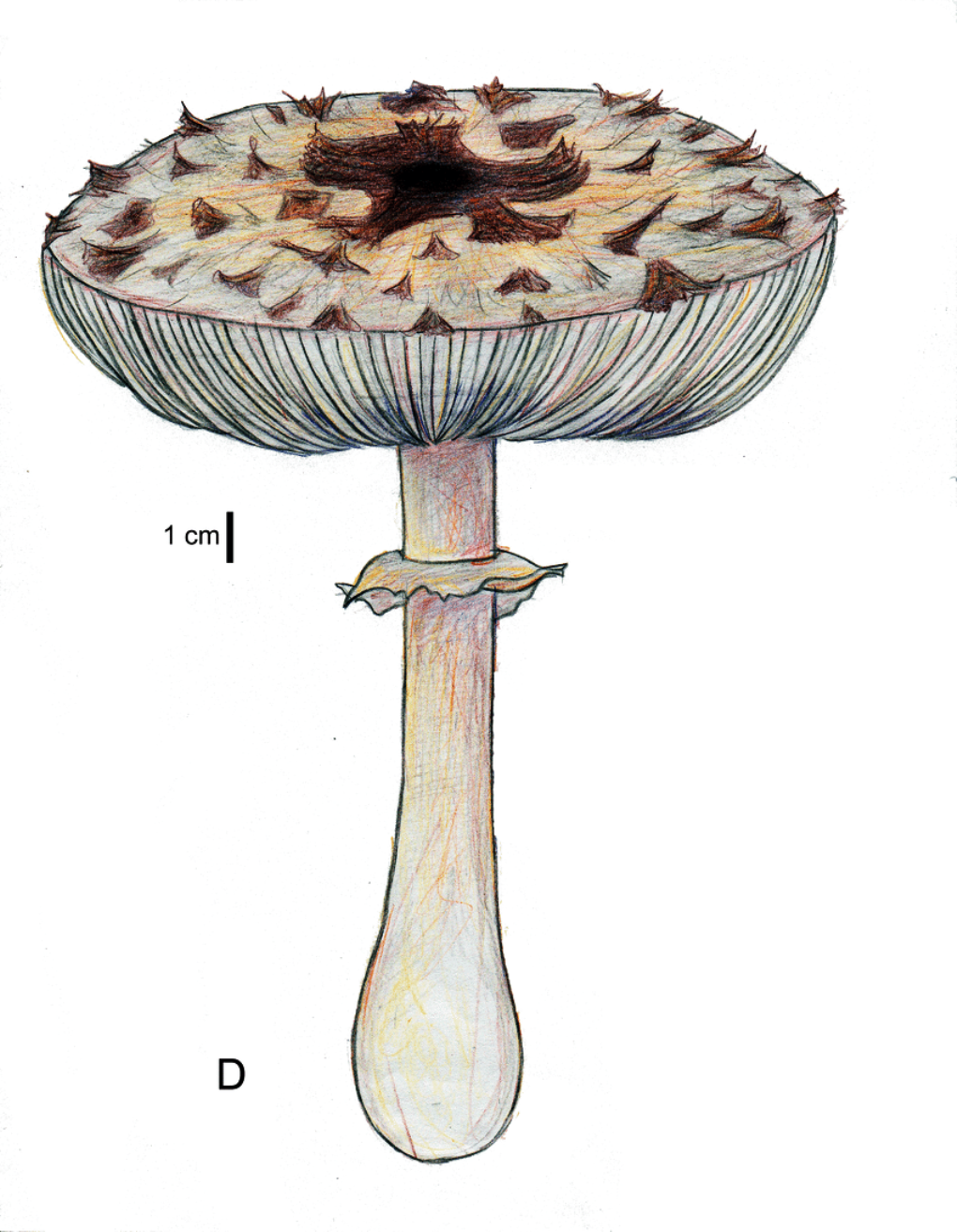 Recognition –
This mushroom is recognized for having a hat with a diameter from 5 to 20 cm, semi-oval in shape, then campanulate, fleshy and soft, with desquamated cuticle in large brownish-gray scales deeply inserted into the flesh of the hat, except at the top which remains smooth and brownish.
The lamellae are thick, white, to the touch are colored in brick-red, free at the stem.
The stalk is gray-brown, cylindrical, enlarged at the base, smooth without any ornamentation. The flesh of the stem turns red when it is rubbed or cut.
There is a mobile, double, whitish and membranous ring.
The meat is white, with a fragile consistency, turning red when cut, with a fungal or raw potato smell and a grateful, nutty flavor.
Under the microscope, elliptical spores are observed, white in mass, smooth, with germinative pore, 9-11 x 6.5-7.5 µm.

Cultivation –
Chlorophyllum rachodes is not a cultivated mushroom.

Customs and Traditions –
This mushroom is similar, in some ways, to Macrolepiota procera (which is an excellent edible) but on average smaller in size and can be confused, in a brief analysis, with Macrolepiota excoriata (edible) and with Macrolepiota molybdites (poisonous).
In literature, Chlorophyllum rachodes has been considered as an edible species like the similar Macrolepiota procera and relative group. However, in addition to having to recommend caution as done for M. procera, for C. rachodes many cases of intolerance and various eating disorders must also be reported, perhaps due to the poor digestibility of this species, but not to be underestimated. For this reason, it is advisable not to collect it, much less to use it for food, also in consideration of the fact that it can be easily confused with other similar entities and considered to be suspected toxic.

Preparation Mode –
Although in the past it was considered edible after cooking, recent studies have shown its toxicity even when cooked, which is why its consumption for food purposes is strongly discouraged.