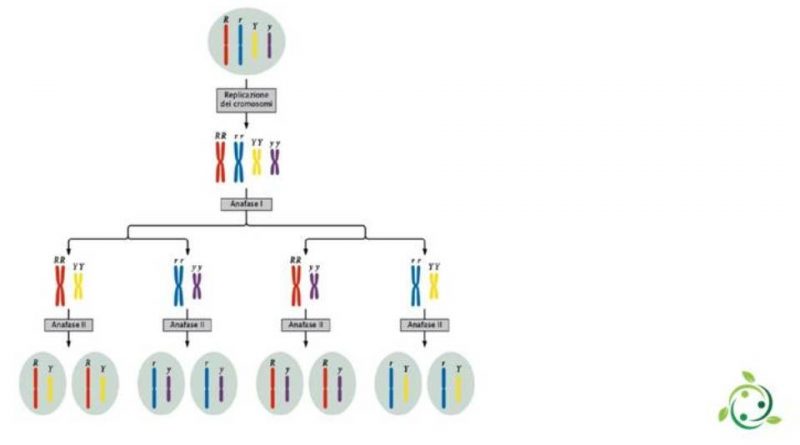 The term alleles, in genetics, refers to each of the various forms that can take a gene. Each eucariota genome includes one allele of maternal origin and one of paternal origin for each gene. The individual with two different alleles concerning the same trait is called heterozygous while the one with two identical alleles is homozygous.
Alleles control the same character but can lead to quantitatively or qualitatively different products.
In somatic, diploid cells, which are the majority of eukaryotic cells, there are pairs of alleles distributed in the same way on homologous chromosomes, ie copies of each chromosome that derive from each parent.
In each individual, therefore, the genotype relating to a gene is the set of alleles that he finds himself possessing.
In diploid organisms, where there are two copies of each chromosome (homologous chromosomes), the genotype consists of two alleles. In addition, different genotypes can also originate from identical phenotypes.
Phenotypic determination is related to the concepts of genetic dominance and recessivity.

Furthermore, for given genes different allelic variants can be found, so much so that for many known genes the terminology “mutant allele” has been questioned because allelic varieties do not necessarily lead to a selective disadvantage.
In addition, the following nomenclature is used to describe the effect of an allele:
– Null or amorphous: it is a variant of the gene that lacks its normal function, either because it is not expressed, or because the expressed protein is inactive;
– Hypomorph: an allele that produces a reduced amount of product, or a product with a reduced activity;
– Hypermorph: an allele that produces a greater amount of product, or a product with increased activity;
– Neomorph: an allele with a new product or activity;
– Anti-morph: an allele whose activity or product are antagonists of the activity of the normal product.