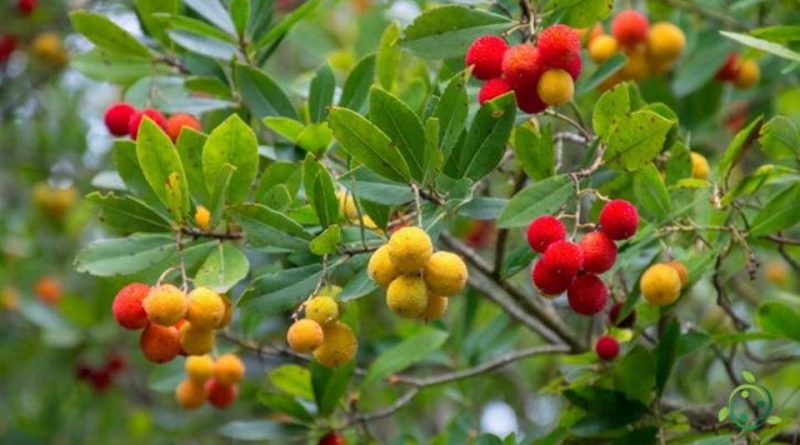 The strawberry tree (Arbutus unedo L., 1753) is a fruit tree of the Ericaceae family and is native to the Mediterranean basin and the Atlantic coast up to Ireland.
The strawberry tree is one of the Mediterranean species best suited to fires. In fact, on acid soils the repeated fire favors the strawberry tree, capable of quickly emitting new shoots from the ground after the passage of the fire, imposing itself on the other species.
The fruits of this plant are called strawberries or sometimes albatre.
Before setting the pruning period, remember that the same plant hosts both flowers and ripe fruit at the same time, due to the particular ripening cycle. This, together with the fact of being evergreen, makes it particularly ornamental, due to the presence on the tree of three bright colors: the red of the fruit, the white of the flowers and the green of the leaves.

Period of pruning –
The strawberry tree, in addition to the characteristic of having, at certain times of the year, flowers and ripe fruit at the same time, it is a plant that grows slowly and for this reason it requires limited pruning over time. In addition, if it is not a productive type of cultivation and with regular spacing, it is advisable to carefully observe where the plant is located to decide on pruning accordingly to maintain its shape and size in proportion to the position.
The most suitable period for pruning the strawberry tree, also according to its particular physiology, is generally at the end of winter or early spring; during this period, dry branches or those damaged by winter are removed, reducing the foliage in order to keep it compact but permeable to light, so as to maintain a healthy and pleasant-looking plant. It is advisable to eliminate the branches that touch the ground to improve the appearance of the plant. For potted plants, pruning will also be lower, given the lower growth compared to the plant in the ground, but without forgetting to progressively renew the whole plant, to have always green branches. It is recalled that with continuous and substantial pruning, the number of fruits is greatly reduced, which take a year to mature, but also the flowers, which are carried on the branches of the previous year. For details of the pruning technique, see the following sheet.
We also remind you that on younger plants, pruning is only carried out to give shape to the plant.

Varieties –
The strawberry tree, because of its characteristics of a plant little used for fruits and more as an ornamental, does not include particular varieties.
However, it would be possible to select qualities with savory fruits, as was done for the color of the flowers; there is a decidedly rubbish variety with pink flowers and even more colorful fruits.