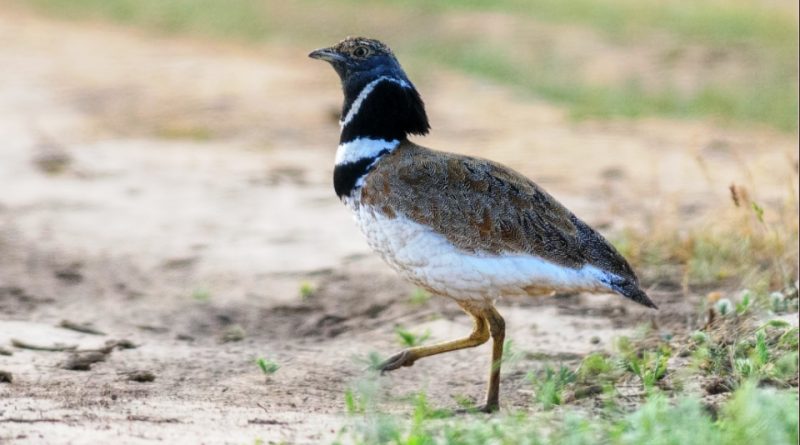 The little bustard (Tetrax tetrax Linnaeus, 1758) is a large bird belonging to the Otididae family.

Geographic Distribution and Habitat –
The Little Bustard is a bird that nests in southern and central Europe and in western and central Asia. The specimens living in southern Europe are mostly sedentary, but other populations migrate further south in winter.
In order to nest these birds normally move northwards, occasionally reaching Poland. In Britain it is only an occasional visitor, although it breeds in France and Spain. In Italy it nests mainly in Sardinia and Puglia, on the Gargano and in the eastern Salento, in habitats consisting of agricultural areas, but not too man-made, at altitudes between 0 and 500 meters.
Its distribution range includes the Balkans, Eastern Europe, Western Asia and Northern Africa.
Its habitat is represented by open grasslands, steppes and undisturbed agricultural areas, with herbaceous vegetation high enough to conceal its presence. 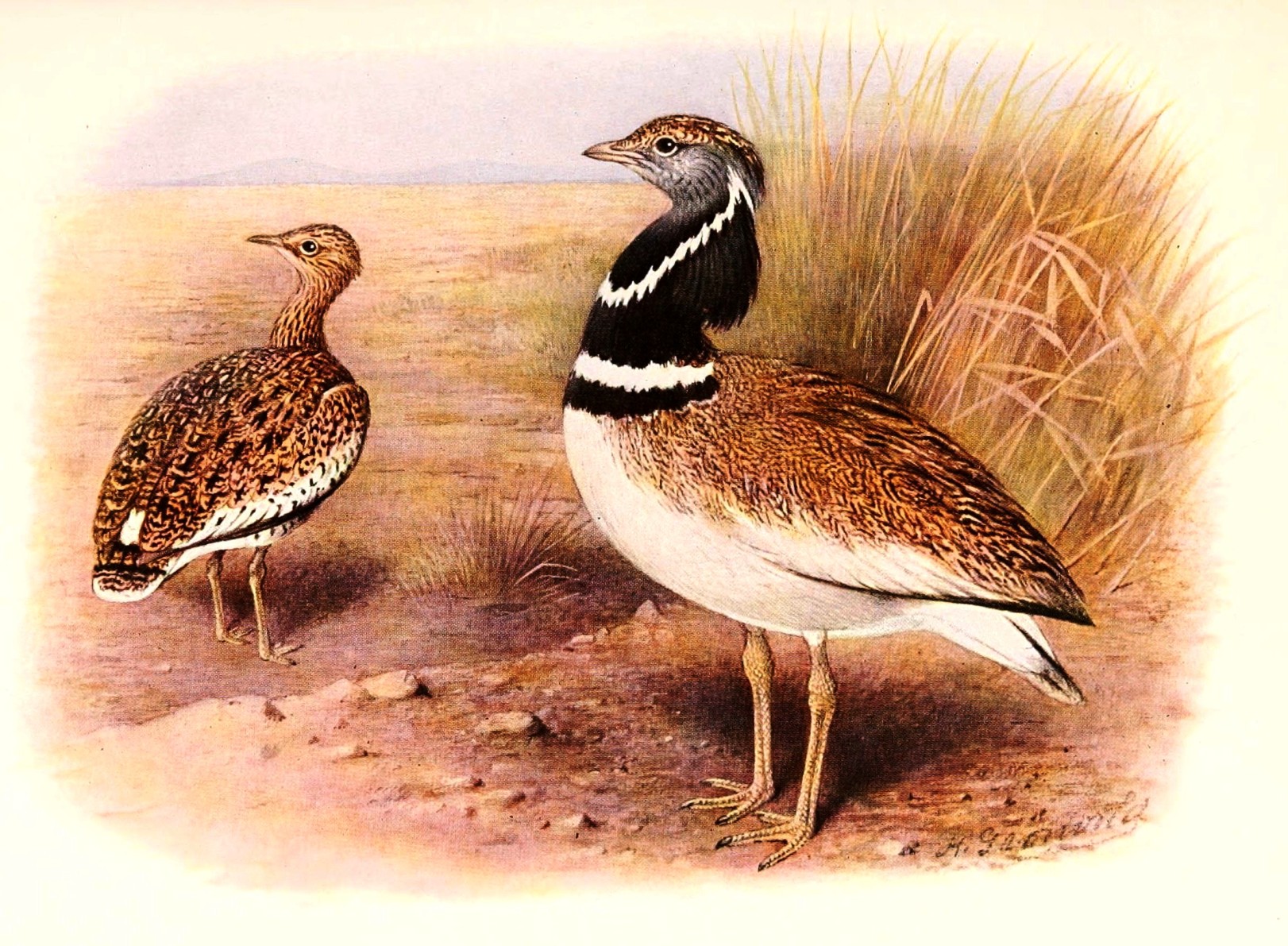 Description –
Tetrax tetrax is a bird with a length of 42-45 centimeters and a wingspan of 89-90 centimeters. Adults can weigh 800 – 1000 grams.
The head is small while the eyes are large and brown – yellow. The beak is horny-gray with black apex. The legs are long and yellow and the feet have only three fingers.
The reproductive male is recognized for having a brown back spotted with black and a white belly, with a gray head and a black neck bordered above and below with white. Moreover, among the primary remiges, the fourth is narrow and small with the basal half of the internal vexillum emarginated; this pen produces a characteristic hissing audible from a distance, especially when the bird takes off. During the winter, the typical color of the male is lost and the head, neck, chest and hips take on a brown color like that of the back.
The female and the non-reproductive males lack the characteristic colouration of the neck and the female has a darker belly than the male. Immature specimens resemble females.
It is recognized in flight for its long wings that are characterized by the presence of a large white transverse band.
The young are covered with a dense and fine white plumage with brown spots.
Both sexes are usually silent, although the male emits a distinctive sound like a prrt during the nuptial period.
It walks with a slow, majestic step and if disturbed, rather than flying, it tends to run.

Biology –
During the breeding season, the male performs a courtship parade by inflating the plumage of the neck and head, bending over the legs and then jumping in the air.
After mating, the females lay 3 to 5 eggs in small holes in the ground. The hatching lasts about twenty days during which the male stands guard near the nest. The female, if she is discovered, in order to protect the brood takes a low flight pretending to be hurt. The young are able to leave the nest shortly after hatching.

Ecological Role –
The Little Bustard is a gregarious species, especially in winter. It has an omnivorous diet and feeds on seeds, herbs, insects and other small animals.
Unfortunately, the number of specimens of this species is decreasing throughout the distribution range due to habitat destruction.
In Sardinia there is the third population of Europe, after the Spanish and French people, with a number of specimens estimated at about 2000 individuals.
The WWF, to preserve the species, has acquired, thanks to a project of the European Community, an area of ​​about 90 hectares in the province of Sassari, creating a natural oasis which has been given the name of Oasi delle Steppe Sarde. After a rarefaction of sightings in the first half of the twentieth century, between 1950 and 2016 there were about ten sightings in Veneto.
This species, according to the IUCN Red List, is currently close to the threat due to the progressive loss of its natural habitat.
Among the protective measures it should be noted that, at international level, it is included in Appendix II of the Bern Convention. It is also included in Annex I to Council Directive 79/409 / EEC of 2 April 1979 on the conservation of wild birds.
In Italy this species is included in the list of Annex I to the Regional Law of 29 July 1998, n. 23 of Sardinia as a protected species and therefore its killing, capture or disturbance is prohibited.