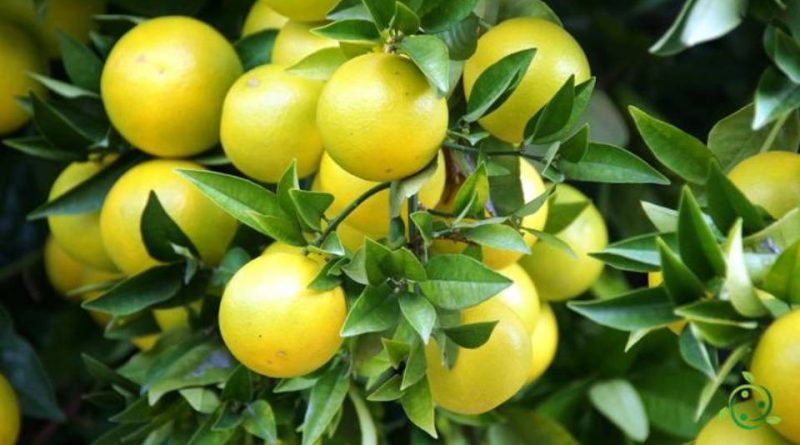 Grapefruit (Citrus paradisi Macfad., 1830) is a fruit tree belonging to the Rutaceae family and the common name refers to both the fruit and its tree.
Grapefruit is a native plant of Barbados and therefore one of the few non-Asian citrus fruits.
It is an ancient hybrid, according to some authors, between Citrus maxima (pomelo) and Citrus sinensis (sweet orange, according to other authors it is a mutation of the pomelo.
However, for centuries it has now been an autonomous species that propagates by cutting and grafting.
Grapefruit began to be grown in Florida in the mid-19th century and from there it spread to Argentina, South Africa and Israel.
In Italy it was introduced around the end of the 60s – early 70s.
To identify the exact time to prune the grapefruit, bear in mind that the plant begins to bear fruit after the fourth year of life, so before this period only the initial pruning of formation and cultivation of the crown must be carried out.
In addition, in areas where the plant bears fruit early, it is important to remove these fruits to promote the development of the root system and the canopy. In fact, the grapefruit harvest must be carried out between January and March, when the fruits have reached optimal levels of ripeness.

Period of pruning –
Taking into account what has been said, the actual grapefruit pruning technique and its period of intervention must be carried out starting from 4 – 5 years of life of the plant.
Moreover, in order to make a proper annual pruning of the plant, one must consider that the citrus fruits bear fruit on the branches of the previous year, and that the period of maximum accumulation of reserve substances occurs in the period between February and March.
In this period, therefore, it is necessary to avoid making pruning cuts and wait until the end of March, maximum early April, to intervene. The pruning of grapefruit, as well as other citrus fruits, must also be avoided even in very cold and very hot periods.
So there are two windows that are the autumn one and the one between the end of March and April.
For the details of the pruning technique, please follow the next page.

Varieties of Grapefruit –
Over time and with the specialization of some cultivation areas, some varieties have been obtained that differ from each other for some characteristics.
The commercial classification of grapefruit is based on:
– ripening period: early, mid-season and late;
– pulp color: light and pigmented pulp;
– presence of seeds: with seeds (more suitable for industry) or seedless (more suitable for fresh consumption).
Among the seedless cultivars we remember Marsh (with light pulp), Redblush, Star Ruby and Pink Marsh, all with pigmented pulp.
It is worth noting that there are many varieties of grapefruit on the market, but one in particular is assuming some importance. It is the pink grapefruit, the color of which derives from a spontaneous mutation of the yellow grapefruit observed in Texas in 1929 and stabilized by irradiation with slow neutrons. The new fruit has raised a lot of interest among buyers, so much so as to favor further hybridizations, especially with the dark orange.