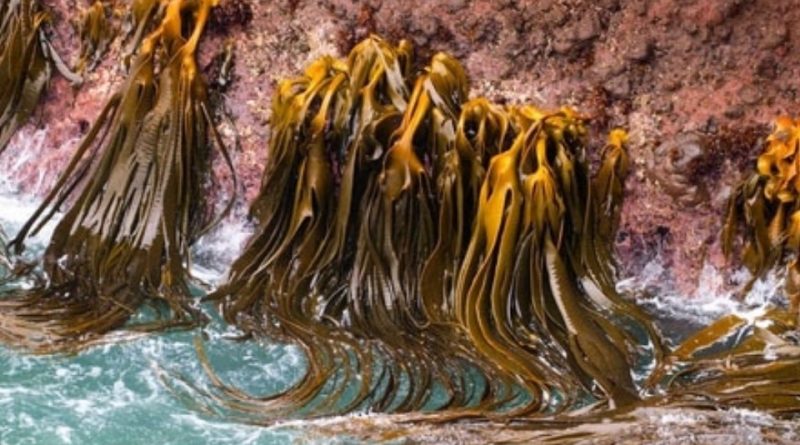 Cochayuyo (Durvillaea antarctica (Chamisso) Hariot) is a species of alga belonging to the Durvillaeaceae family.

Etymology –
The term Durvillaea of ​​the genus is named after the French explorer Jules Dumont d’Urville (1790-1842).
The specific Antarctic epithet is in reference to Antarctica, South Pole, Antarctic.

Geographic Distribution and Habitat –
Durvillaea antarctica is a species of alga with a circumpolar distribution, between latitudes 29 ° S and 55 ° S, found in Chile, southern New Zealand and Macquarie Island.
Its habitat is that of the exposed banks, especially in the northern parts of its range, and it attacks with a robust holdfast. 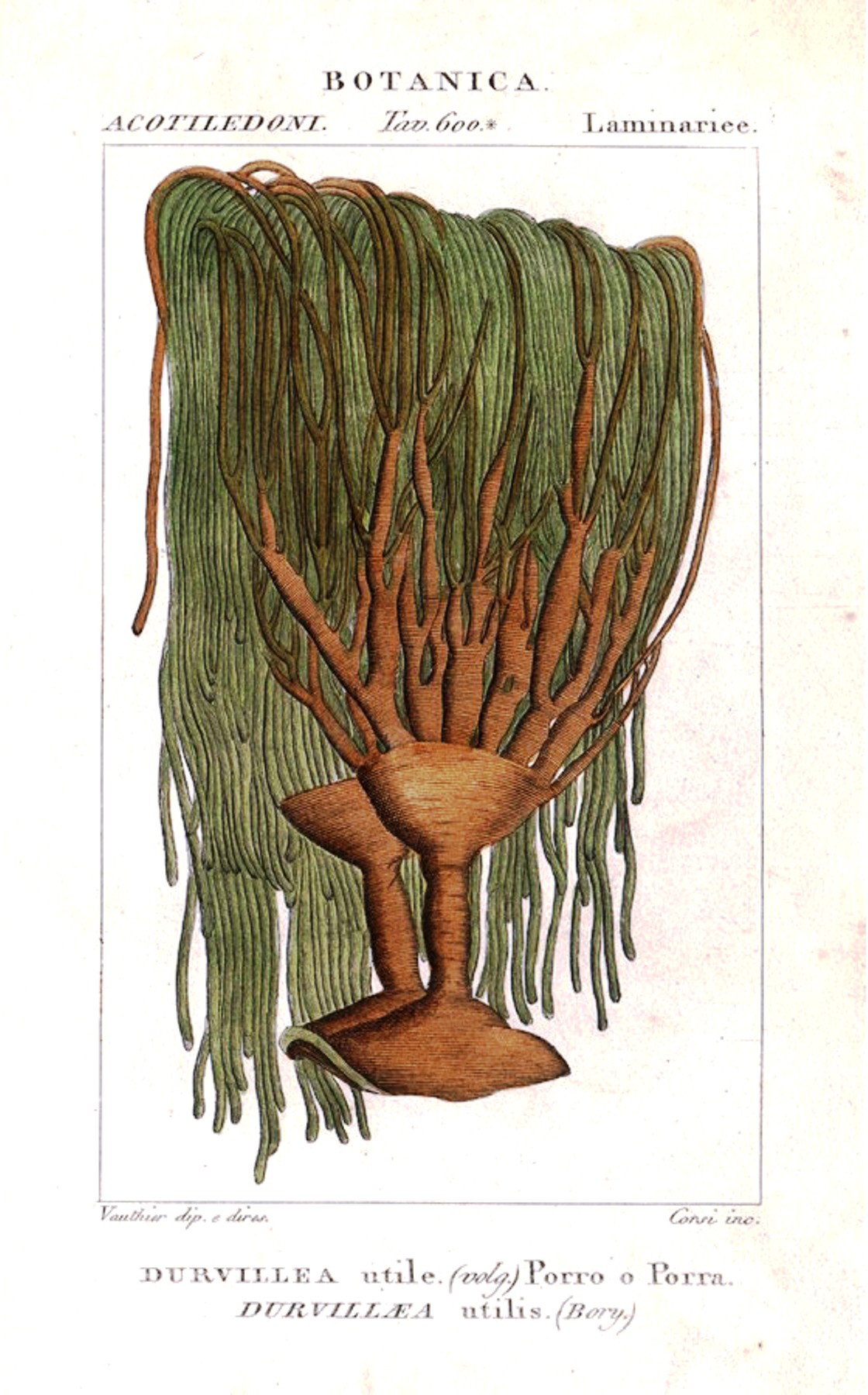 Description –
Durvillaea Antartide is composed of green to golden brown filaments with a leathery texture.
This alga has no air blisters, but floats thanks to a honeycomb structure within the filaments, which also helps the algae avoid being damaged by strong waves.
The honeycomb structure of the structure gives strength and floatability. This particular structure is thought to be responsible for the wide distribution of this genus, as the alga is able to float when its anchorage via holdfast fails. This alga can colonize other coasts in this way and, furthermore, it has been shown that it can carry communities of invertebrates across vast ocean distances from one shore to another.
This raft-like “transport system” is believed to have allowed a wide range of species to re-colonize the ice-washed sub-Antarctic coasts during the last ice age.

Cultivation –
Durvillaea antarctica reproduces sexually by producing male and female gametes that are released into the water. these are produced in specific sites of the frond. A large individual can produce 100 million gametes in twelve hours.
The season in which breeding occurs varies by location, but is generally during the winter months.
Durvillaea antarctica fronds can be infected with an algal parasite which is Herpodiscus durvillaeae (Lindauer) GR South.

Customs and Traditions –
Durvillaea antarctica was first described in 1822 as Fucus antarcticus and revised in 1892 with the definitive term.
In 2012, a taxonomic review led to the recognition of a new species, Durvillaea poha, based on genetic, morphological and ecological evidence, which had previously been recognized as a subspecies of Durvillaea antarctica.
D. poha is the only other species of the genus to share the honeycomb structure and buoyancy of D. antarctica.
D. poha generally has wider fronds than D. antarctica and may appear with more orange undertones.
Further diversities have been identified within the species, with further unclassified characteristics.
Durvillaea antarctica Holdfasts are often inhabited by a wide range of invertebrates, many of which crawl and graze on algae. In New Zealand, these epipaunal species include the crustaceans Parawaldeckia kidderi, P. karaka and Limnoria stephenseni, together with the molluscs Cantharidus roseus, Onchidella marginata, Onithochiton neglectus and Sypharochiton sinclasi.
Durvillaea antarctica holdfast is large and very difficult to remove. Lack of sealing is usually the result of worms and mollusks feeding on the fabric and it is also common for its host rock to crack without the holdfast losing its grip, significantly contributing to erosion in some areas. Due to some characteristics the ecological impact of harvesting this species is very high.
This alga finds uses both in the food and pharmaceutical fields.
In Chile the stems and stems of this alga are collected from the coasts and used in Chilean cuisine for various recipes, including salads and stews.
Among the Maori both D. poha and D. antarctica are used to make traditional pōhā bags, used to transport and store food and fresh water, to propagate live molluscs and to make sports clothing and equipment.
The pōhās are particularly associated with the Ngāi Tahu tribe and are often used to transport and store the young of the Titi gods.
As for the pharmacological properties, one of the principal responsible for the health properties of this alga is the alginic acid which is contained in the cell wall of brown algae. Alginic acid has important properties: first, it is not absorbed by our body; it also has gelling properties. This molecule forms gelatinous masses capable of absorbing heavy metals including lead, cadmium, mercury and other toxic substances, preventing their absorption by the body. This is why it is used as a valid purifier. Furthermore, gelling properties are effective in buffering excess acidity in the stomach. The seaweed has no toxicity. Alginic acid and its salts (sodium, potassium, magnesium) are known for their high exchange capacity and chelating properties that can eliminate heavy metals and numerous other toxic substances from the body.

Method of Preparation –
The stems and stems of Durvillaea antarctica are harvested from the coast of Chile and are used in the typical cuisine of this country for various recipes, including salads and stews.
As far as its uses for healing purposes are concerned, this seaweed is traded in various formulations.