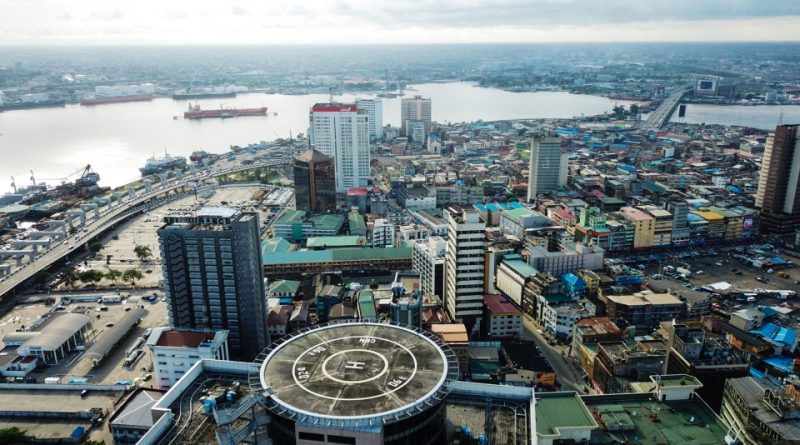 Nigeria officially: Federal Republic of Nigeria is a West-Central African state and the most populous on the continent and is part of the Commonwealth.
This state confines westward with Benin to the north east Chad to the east, Cameroon to the east, and Niger to the north to the north-west. Nigeria faces the Atlantic Ocean in the Gulf of Guinea.
The main cities of Nigeria, in addition to the current capital Abuja (since 1991) and the previous one, Lagos, are: Abeokuta, Ibadan, Port Harcourt, Enugu, Kano, Kaduna, Jos and City of Benin.
Nigeria is a federal constitutional republic comprising 36 states, with a territory inhabited since 9,000 BC.
Nigeria is located in the Gulf of Guinea, West Africa. The main cities are concentrated in the southern plains. The central part of the country is made up of hills and plateaus. To the north it is mainly occupied by arid plains.

Geography –
The territory of Nigeria has a rather simple structure that corresponds to an ancient plan which has its prominent parts in the central-northern section, where the archaeozoic crystalline formations of the African hoof emerge over vast surfaces. These raised areas, which are configured as a sort of not very high plateau, represent the remains of an ancient relief that, over time, was leveled by erosion and underwent rejuvenation in the Cenozoic, when the depressions were outlined or defined which complete the picture of the Nigerian territory, as a reflection of the largest crustal settlement on the African continent.
In these depression areas the archaeozoic formations are covered by sedimentary layers due to the periodic ingress of the sea: they are particularly represented by Cretaceous deposits in the central sections (depressions of Niger and Benue), by Cenozoic coulters in the southern belt and finally by recent formations in the marginal areas both in the north, in the Chadian basin, and in the south, in the coastal strip. 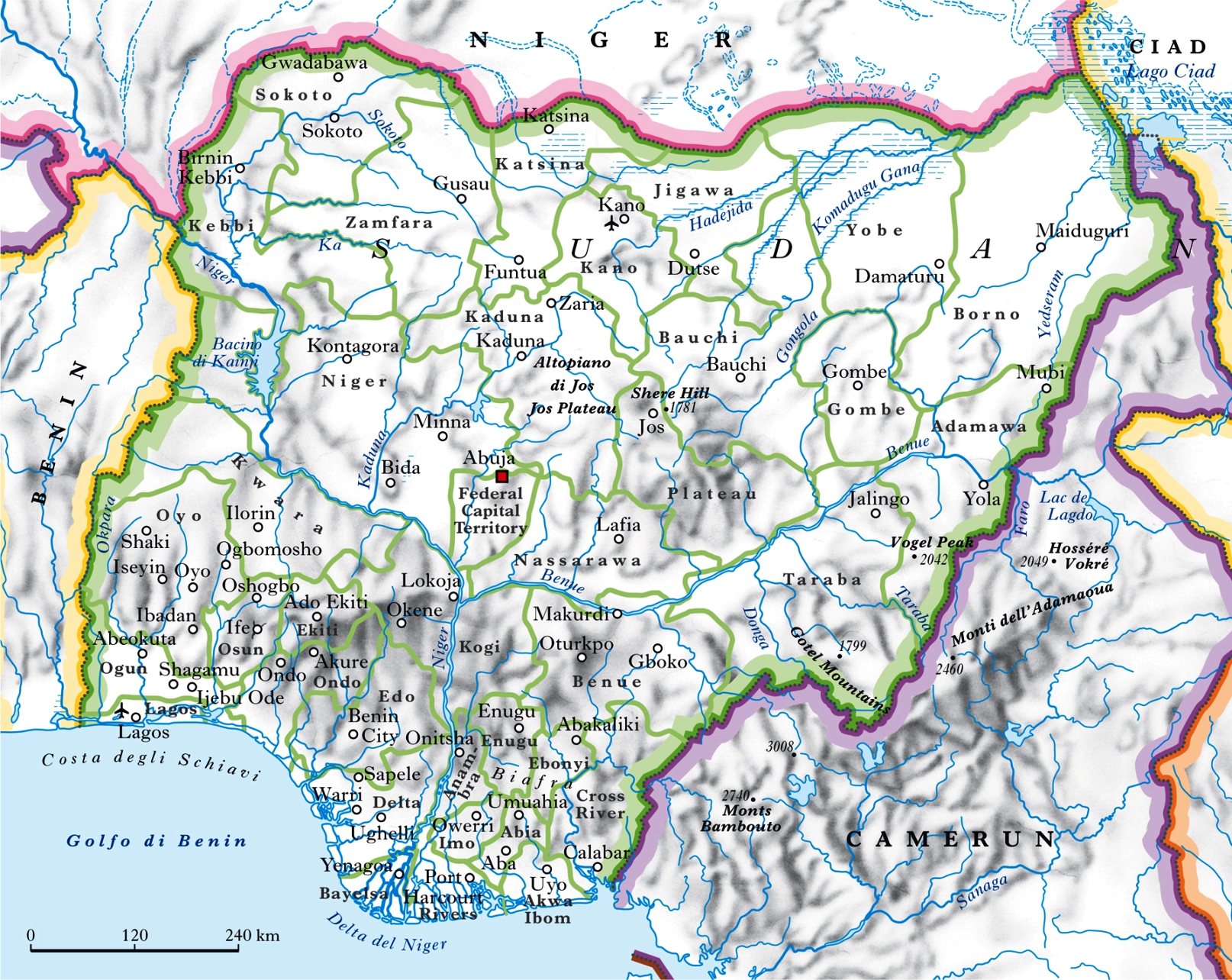 Climate –
The climate of Nigeria varies from south to north in the manner typical of vast continental surfaces, subject to the alternating seasonal rhythms of the influences of the maritime and continental air masses.
The winters are dry and the rainy summers, with the gradual attenuation towards the north of the oceanic moisture. On the other hand, the coastal strip is constantly subject to these and in particular the delta region of Niger, characterized by an equatorial climate.
The rainy season lasts from 4 to 7 months in the region between the parallels of 11º N and 8º N (from May or June to September or October); this period is followed by the long dry season linked to the influence of the Saharan anticyclone which generates characteristic, dry winds, such as the harmattan.
To the south of this belt, the rainy season lasts about 7 months. Finally, in the coastal zone with an equatorial climate, the rains are homogeneously distributed throughout the year, although they lessen somewhat in the winter months. Throughout the year, rainfall here reaches 2,500 mm; in the intermediate range they oscillate between 1,000 and 1,500 mm; finally in the northern belt they pass from 1,000 to 500 mm towards the north. As for the thermal values, we pass from the equatorial averages of 25-26 ° C of the coastal strip, to 26-30 ° C of the intermediate zones, where the oscillations are more sensitive; finally, in the northern part, the maximum values ​​of 38-41 ° C are opposed by the minimum averages of 13-16 ° C. The highs occur here in the run-up to the rainy season (April).
The vastness of the climatic and geographic characteristics of Nigeria determine large variations of flora and fauna.
In the north, the vegetation is that of the Sahelian-Sudanese belt. In the south, on the other hand, there is the typical vegetation of tropical wetlands, with rainforests and, in particular, near the sea, those of mangroves.
In the north, the ecosystem is threatened by desertification, while in the south it is the excessive exploitation of resources, especially oil, which constitutes the main environmental danger.
In Nigeria there are many protected areas, including National Parks, Nature Reserves and Hunting Areas, among which the best known are perhaps the Yankari park and the Gashaka-Gumti.
In the Gashaka-Gumti park, research has been carried out on the language of primates: the white-nosed monkeys seem to be able to communicate verbally through simple sentences.

Flora –
Natural vegetation can be divided into two main sections directly related to the main climatic regions of the country: high forest, which includes both swamps and rainforests and savannah. Along the coastal zone, the mangrove tree predominates, while immediately inland is the freshwater marsh forest, which is a little more diverse and includes varieties of palms, abura and mahogany. To the north, the swamp forest is located near the rainforest, which forms a belt with an average width of about 130 km. Here, the trees reach 60 m high. Main trees include African mahogany, iroko, African walnut, and the most popular export wood, obeche. Further inland, the rainforest is replaced by tall grass and small deciduous trees, characteristic vegetation of the savannah.

Fauna –
Few but large animals are found in the rainforest; there are gorillas and chimpanzees in decreasing numbers, as well as baboons and monkeys. Reptiles abound, including crocodiles, lizards, and snakes of many species. Although many types of mammals can be found inland from the rainforest, these are not as abundant as in East Africa or South Africa. Nigeria has two dozen species of antelope, but large concentrations of animals are rarely seen, as is the common antelope. The hippo, elephant, giraffe, leopard, and lion now remain only in scattered locations and in increasing numbers. Feral cats, however, are more common and widely distributed. Wildlife in the savannah includes antelope, lion, leopard, gazelle, and desert hyenas. Nigeria also abounds in birdlife with a large number of species.