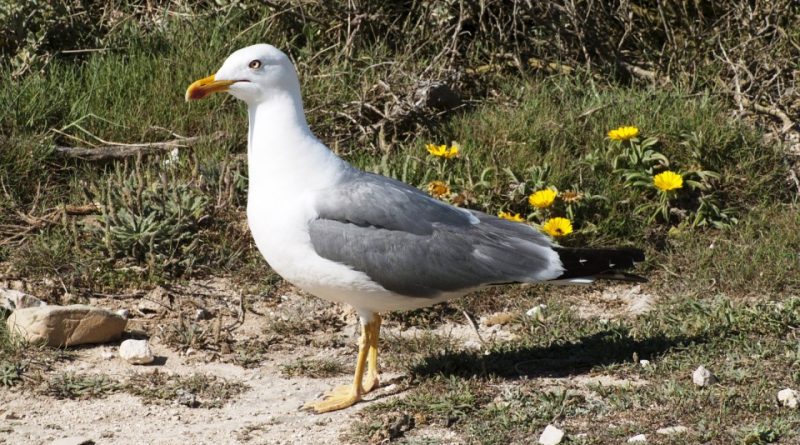 The Yellow-legged gull (Larus michahellis Naumann, 1840) is a bird belonging to the Laridae family.

Geographic Distribution and Habitat –
The Yellow-legged gull is a bird typical of the Mediterranean area, but with populations also present on the Atlantic coasts of France and Spain, as well as the Aegean and Black Seas. Recently, some pairs have also reproduced in Northern Europe.
Its breeding habitat is in colonies on rocky sea coasts or on the ground; in some islands, sometimes even on the roofs of houses.
In Italy it nests extensively on the coast and inland in its varied habitats, including the cities where it chooses unfrequented roofs and terraces. In the Calabrian Apennines there is a nesting colony which is located among the highest altitudes in Italy. 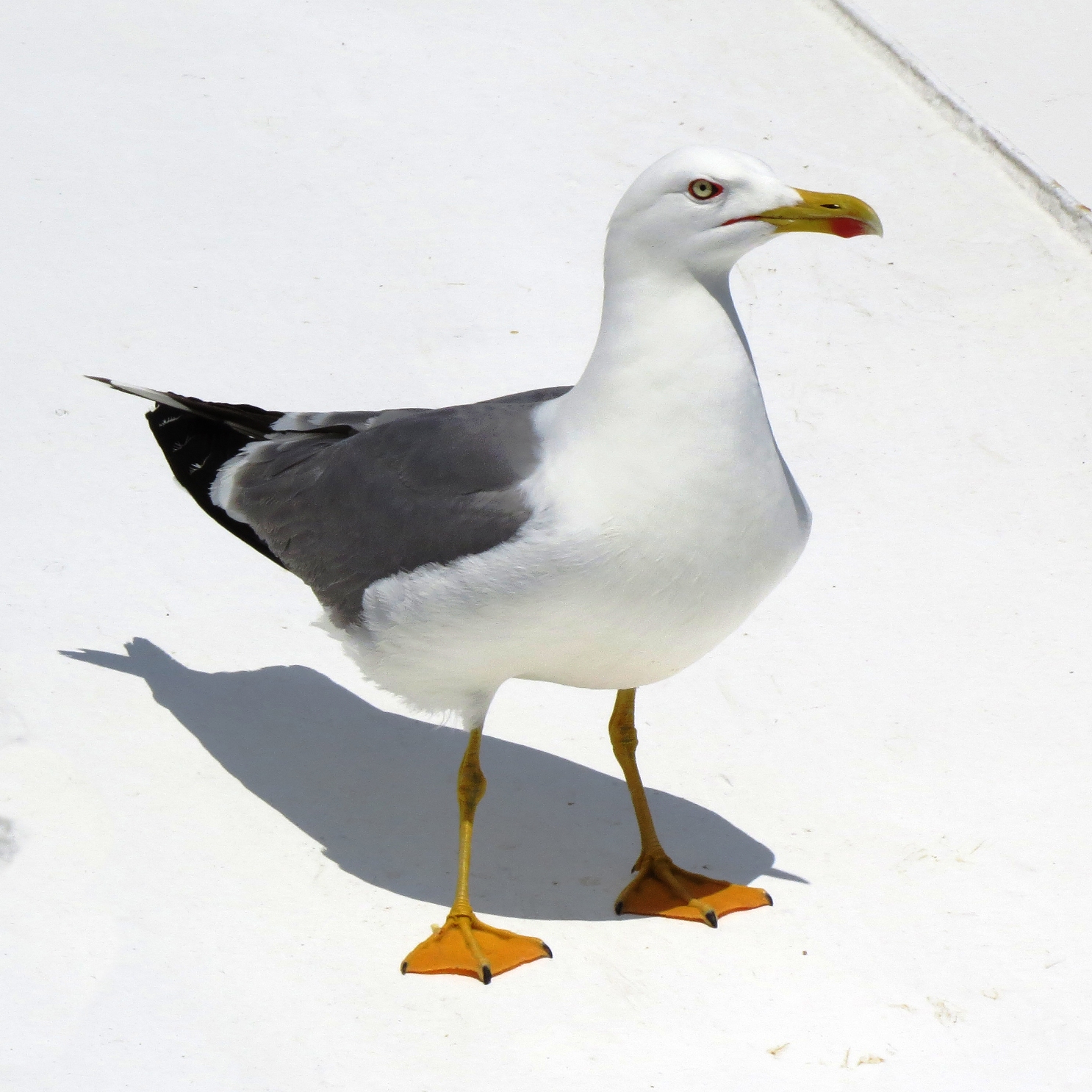 Description –
Larus michahellis is a large bird with a length of 55 – 67 cm, a wingspan of 138 – 155 cm, for an average weight ranging between 550 and 1,500 gr.
It has a massive body, and in adult specimens, the upper parts are gray and the head, lower parts, and tail white. The tips of the wings are black with white ends.
The beak is also massive, yellow in color with a red spot in the lower jaw and yellow legs with webbed feet.
The young have a completely different color: they are gray-brown, with gray legs and the color of the head ranging from white streaked with gray to completely dark.
Due to its morphological characteristics it can be confused with the Larus argentatus, with which it coexists in some reproductive areas, and with the Larus cachinnans even if, however, the Larus michahellis has a clear livery and is lighter.

Biology –
The Yellow-legged gull is an essentially colonial species that can sometimes nest in isolated pairs.
In general, however, the density of nests in the colonies can reach 10 – 100 per m2. The nest is placed on the rock or on the ground, usually with little material and sometimes with the eggs laid on the bare ground.
In some areas, such as in the Po Sul Po river, nests are built by accumulating twigs a few decimetres long and placed on the ground near the vegetation.
The area around the nest is defended by birds of the same species mainly by the male.
The spawning period is between the end of March and the beginning of May and 2-3 spotted eggs of small spots varying in color between gray and brown, with a size of 69 × 49 mm are laid.
The incubation is carried out by both parents and lasts for a variable period of 27-31 days.
The young are precocious and semi-nested and become independent at about 40 days.

Ecological Role –
The Yellow-legged gull has an extremely variable diet, depending on the actual availability of food.
In general, its diet is composed of a large quantity of vertebrates and invertebrates both marine and terrestrial, as well as vegetables, waste and the remains of dead animals.
Its feeding range can reach up to 40 km from colonies or winter dormitories.
As for the state of health of this species, the Larus michahellis, according to the IUCN, is threatened by the transformation of the nesting and feeding habitat.