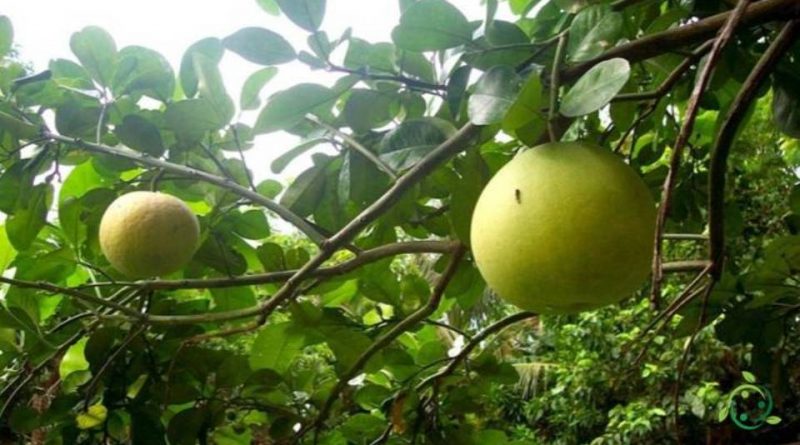 Pomelo, also known by the names of pummelo (Citrus maxima (Burm.) Merr.) Is a fruit tree of the Rutaceae family.
It is believed that this plant, native to southern China, is the oldest citrus cultivated by man (the oldest citation dates back to 2200 BC) and one of the three species from which all the citrus fruits known today derive, together with the cedar Citrus medica and with mandarin Citrus reticulata.
Pomelo appeared in Europe almost a thousand years ago and is present in citrus growing areas, botanical gardens and experimental institutes. It is cultivated, in particular, in southern China and Southeast Asia.
The Pomelo plant forms broad and rounded trees, up to 6 m tall, with twigs that are first pubescent and then thorny.
For the pruning of Citrus maxima, it should be borne in mind that this plant, in optimal soil and climatic conditions, blooms two to four times a year; in Asia, the fruit is harvested several times during the year.

Pruning the Pomelo –
For pruning, once the desired training system has been reached, which is usually the globe with full crown, with the branches inserted on the stem 40-50 cm from the ground, it is advisable to proceed every year, in the same way as it is done for lemon, orange and other citrus fruits.
To reach the mature breeding form, starting from the young seedling, the plant must be staked at a height of about 50 cm, possibly leaving 4 branches that will form the final crown.
In the first three – 4 years very little is done, only to eliminate any damaged branches or to cut off suckers and suckers.
From 3 – 4 years onwards, pruning must be constant every year, not intense so as not to waste unnecessary energy from the plant, but commensurate with the size of the crown. It is pruned every year to give harmony to the shape of the foliage, to allow air and sun rays to penetrate even in the innermost parts and thus prevent the onset of plant diseases and attacks by parasites.
Pruning must provide for the shortening of the longer branches to reduce their length and thus facilitate the harvesting of fruit. All the suckers or the branches that grow erect upwards and the suckers and unproductive branches that grow at the base of the plant are cut off.
All dry branches are completely eliminated.
The pruning period of the Pomelo is that of the end of winter before the vegetative restart of the plant, moving this period towards the beginning of spring in the colder areas to avoid the danger of frost.