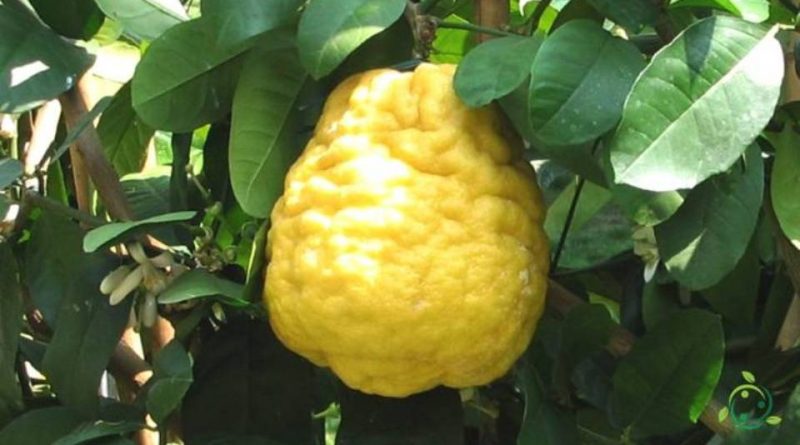 When pruning the Citron

The citron (Citrus medica L.) is a tree of the Rutaceae family and is considered, together with the pomelo and the mandarin, one of the three citrus species from which all the members of the genus known today derive.
This plant, despite having the same name, should not be confused with the Cedar of Lebanon, a plant belonging to a very distant botanical family which is that of the Pinaceae.
However the name ciuron is, derived from the vulgarization of the Latin term citrus which coincides with the translation of cedrus, the name given to the conifer.
Citron seems to originate from India and Burma and there are ancient testimonies of this citrus fruit. It seems that it arrived in the Mediterranean countries and in Italy, from Persia, around the third century BC.

Pruning period –
To know the period of citron pruning, you need to know its biology. In the citron, as in other citrus fruits, fruiting takes place on the branches of the previous year and the growth of the branches normally occurs in three periods, which are: spring, early summer and autumn.
The flower induction of the buds instead begins during the winter rest period, while the maximum content of reserve substances in the leaves and branches occurs in the months of February and March. Furthermore, the setting of the flowers depends on the amount of reserve substances present in the plant.
This physiology, linked to the more particular needs of this plant, means that pruning should never be performed in February and March, when there is an accumulation of reserve substances. Periods in which temperatures are very low or very high should also be avoided.
There remains therefore a window of time that indicates as the most optimal period the one before flowering which, in this plant, is continuous: more abundant in spring, in summer, which is the most important for fruiting, and in autumn.
The exception to this intervention is that of suckers and suckers that must be removed when they are formed in order not to subtract nutrients and balance from the crown of the plant and the relationship between vegetative capacity and productive capacity. For the pruning technique, see the following sheet.

Variety of Citron –
There are no major differences in pruning between the varieties of citron.
Citron has a large number of varieties. In Italy, the most widespread is grown in Calabria, on the Riviera dei Cedri, and is the “Diamond Smooth”, commonly known as Santa Maria del Cedro. In Sicily we find the most typical cultivar the lumpy one, with low acidity, good for raw consumption; in Campania they grow a very acid one, with a bitter albedo, and a sweet and thick one, called “sfusato”.
As regards the cataloging of the Citron cultivars, these are divided into two categories: those with acid pulp and those with sweet pulp:
– The former have violet-red flowers and buds and acid pulp; the latter have white flowers and sweeter pulp.
Among the acid citron we remember the Smooth diamond, the Etrog and the Buddha’s hand (with ornamental fruits without pulp); among the cultivars of sweet citron we remember Corsican and Salò.
Finally, a mention should be made for the so-called citron lemons, which can be considered as hybrids between lemons and citron, which produce fruits that recall citron for the size and thickness of the peel, quite suitable for the candidacy, while similar to lemon it is the appearance of the plant, which is less demanding than citron in terms of temperature.