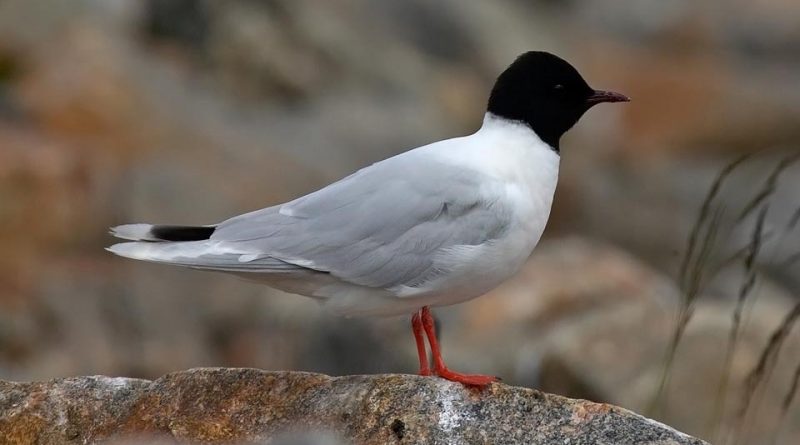 The Little gull (Hydrocoloeus minutus Pallas, 1776) is a bird belonging to the Laridae family.

Geographic Distribution and Habitat –
The Little gull is a bird present over a vast range that includes all of Europe, most of Asia and North America, and northern and western parts of Africa. It is also occasional in Greenland and Iceland, on the Atlantic islands, in the western part of the United States and Canada, in Central America, in the Caribbean, in the north of South America, in China, Japan and India.
This bird nests in northern and eastern Europe and overwinters in the Atlantic, Mediterranean and Black Sea coasts.
Its habitat, where it reproduces in colonies, is that of freshwater swamps. 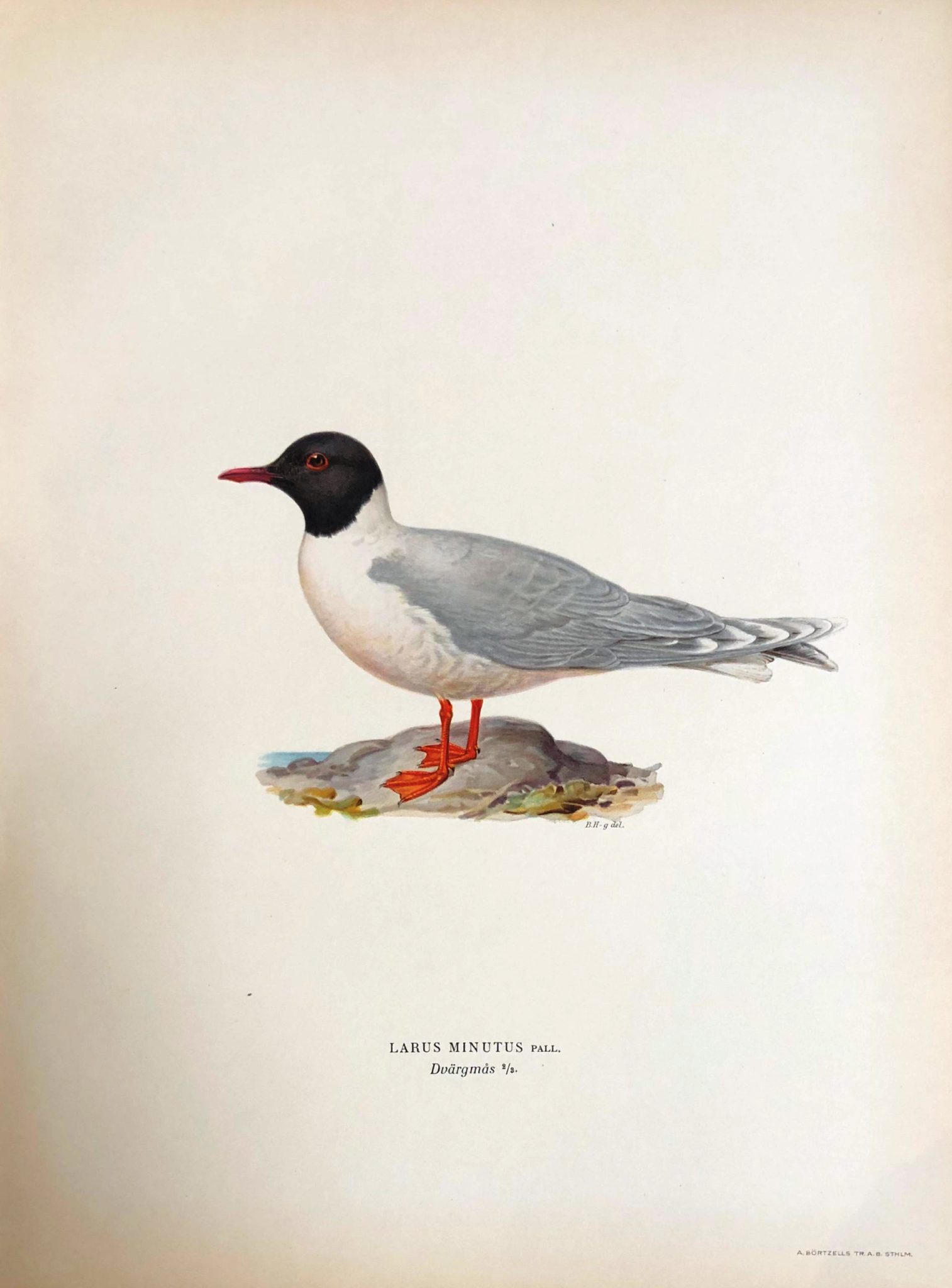 Description –
The Hydrocoloeus minutus is a medium-sized bird, with a length of 25-30 cm, a wingspan of 61-78 cm, for an average weight of 70-160 gr.
It is recognized for its light gray plumage, with black hood, dark wings and often the presence of a pinkish part on the chest. In winter, the head turns white apart from a darker hood on the head and an eye patch. The beak is thin and black and the legs are dark red.
The adults always have rounded wings, light gray above and blackish below, with a clear white rear margin.
The juveniles have more pointed wings, clear below, with a black transverse band on the upper coverts; the back, the shoulders and the vertex are blackish.
Young birds have black markings on their heads and tops and a “W” pattern on their wings.
The flight of this bird is somewhat similar to that of the tern and is distinguished from the common gull by the more rapid and elegant flight.

Biology –
The Little gull reproduces in marshy areas where it builds a nest at ground level among the vegetation.
Here 2-6 eggs are laid.
It takes three years to reach the stage of maturity.

Ecological Role –
Hydrocoloeus minutus is the smallest of the European gulls and the only representative of the genus Hydrocoloeus.
It generally feeds by hunting winged insects on the reeds, especially during nesting or during migration, but oligochetes, fish and spiders are also preyed upon. The feeding during the wintering is less known, but includes fish and marine invertebrates.
As for its state of conservation, at the moment the trend of its population, according to the IUCN, is of minimal concern.