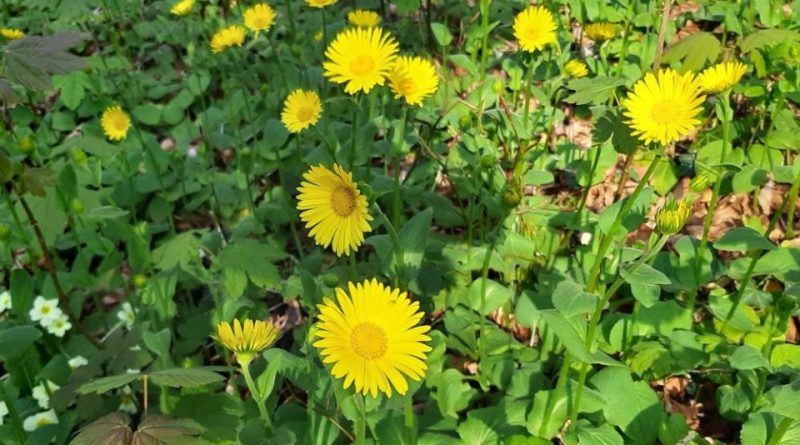 Geographic Distribution and Habitat –
Doronicum plantagineum is a plant species native to south-eastern Europe, with presence from Greece and Italy, up to Ukraine and the Czech Republic. The plant has spread to other areas of the world and there are reports of this species that she naturalized in America, the State of Oregon and the Northwest United States.
Its habitat is that of ravines and woods (beech, fir, maple, hornbeam, holm oak, birch and chestnut groves). It preferably grows on both calcareous and siliceous substrates with neutral pH, high nutritional values ​​of the soil which must be moderately humid. 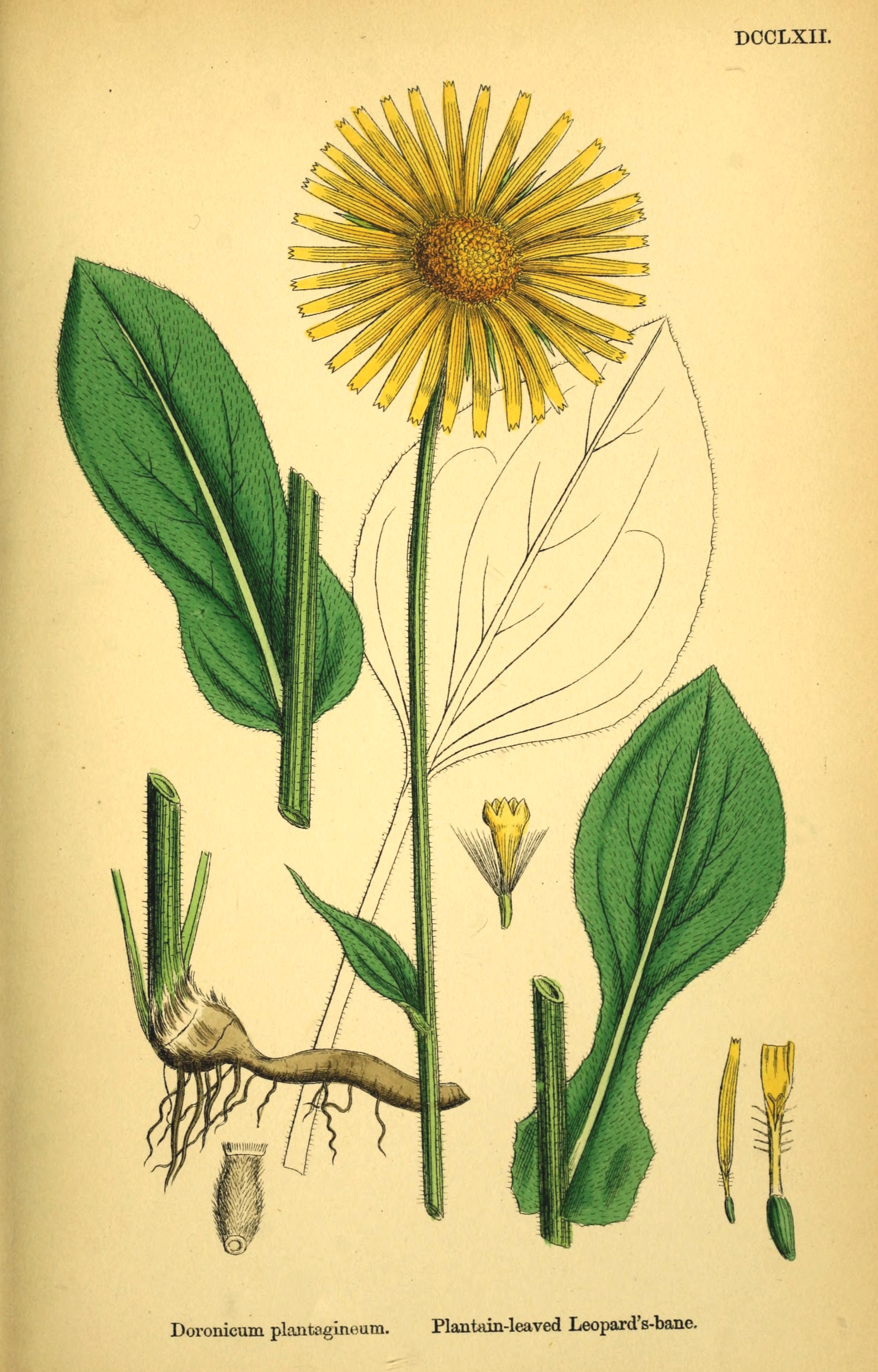 Description –
Doronicum plantagineum is a perennial herb up to 80 cm tall.
The leaves are rounded – oval, with a sharper tip, up to 11 cm long.
The flowers are yellow in color grouped in irregular corymbs from 2 to 10 flower heads with a diameter of 3-5 cm. Flower head with disc-shaped casing and slightly enlarged scales almost to the apex; hermaphroditic tubular internal flowers, female ligulate external flowers.
The antesis is from March to July, depending on the latitude where it grows.
The fruits are Cypsele (achenes), obulong-obovoid, blackish brown, grooved, dimorphous: those with a radius of 1,5-2,5 x 07-1,3 mm, glabrous, without pappus; those of the disc of 1-2 x 0,4-0,8 mm, hairy, with pappus of white hairs of 3-4 mm.

Cultivation –
The Plantain-leaved leopard’s-bane is an easy to reproduce plant.
You can start by dividing the tufts, which is done in spring, before flowering or in autumn. The rhizomes taken must be planted without delay in soil kept humid with frequent but moderate watering. This operation must not be carried out on dry or windy days.
It can also propagate by sowing and in this case this must be done in spring, in the month of April; it is done directly on the ground after mixing the seeds with good sowing soil. Then light pressure is applied with the hand to create a “rolling effect” and irrigated with a highly atomized jet of water, keeping the soil moist until the seedlings have developed a good root system. Alternatively, sowing can be done in pots in autumn or in a warm bed in February to be transplanted into the ground in spring.

Customs and Traditions –
All the species of the genus Doronicum possess medicinal principles still considered valid but the medicinal uses are however reserved in particular to this plant.
Doronicum plantagineum, especially in the past, was also commonly cultivated as a medicinal plant.
The rhizome contains inulin, an ethereal oil, a bitter substance, traces of resin and mineral salts. The preparations are used as antispasmodics, astringents, sedatives, tonics and vulneraries.
According to folk medicine, the root of this plant has cardiotonic and nervine properties.

Preparation Method –
The Plantain-leaved leopard’s-bane was used, especially in the past, in folk medicine, for its alleged cardiotonic and nervine characteristics. Both the whole plant and the rhizomes are used.