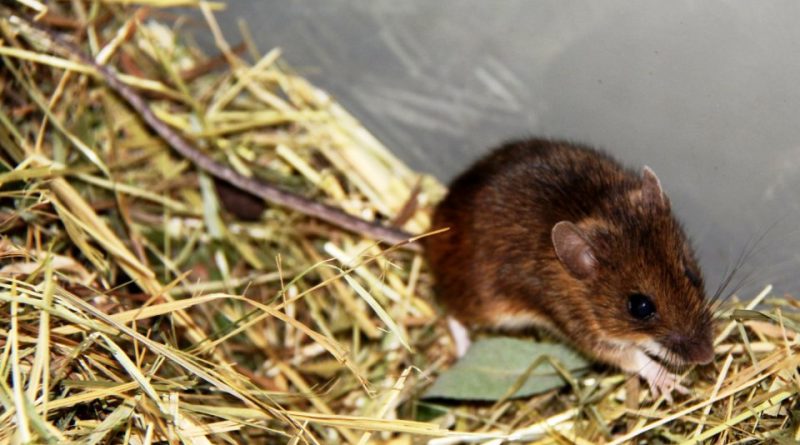 The Alpine field mouse (Apodemus alpicola Heinrich, 1952) is a rodent belonging to the Muridae family.

Geographic Distribution and Habitat –
The Alpine field mouse is an endemic rodent of the Alps where it is widespread in a rather fragmented manner in the alpine areas of Austria, France, Germany, Italy and Switzerland. In Italy it is present in the Ligurian Alps, Valle d’Aosta and Val Venosta.
Its habitat is that of mountain woods, where it prefers rocky areas and meadows between 550 and 2,100 meters above sea level, moreover, in the autumn and winter period it easily visits the houses.

Description –
Apodemus alpicola is a rodent, larger than the domestic and wild mouse, with a head-body length of 8.5-11.5 cm; the length of the tail is 10-14 cm, the length of the foot 22 – 26.5 mm, the length of the ears 15 – 20 mm, for a weight of 25-35, up to 45 grams.
It is recognized for having the upper parts of a brown-golden color, while the lower parts are white or yellowish-white. There is a large orange spot on the throat and chest. It has a sharp dividing line along the sides. The tail is longer than the head and body and is dark in color above and lighter below.

Biology –
Information on the ecology of the alpine wild mouse is scarce; it is known that it is a nocturnal species, active all year round, which reproduces mainly in spring and summer.

Ecological Role –
Until the end of the 1980s, the Apodemus alpicola was considered, due to its affinities, an alpine subspecies of Apodemus flavicollis. Only in 1989 was it elevated to species status on the basis of the morphological characteristics of the skull and teeth. Later, it was possible to confirm this finding on a genetic and molecular basis.
This small mammal is a terrestrial species that seems to prefer a diet rich in insects during the spring, while the herbaceous dicotyledonous seeds are the main food source during the rest of the year. Carnivores, nocturnal raptors and snakes are assumed to be its main predators, as is the case with other wild mouse species.
As regards the state of conservation, the Apodemus alpicola, according to the IUCN Red List, is considered a locally common species within its range and free from serious threats, and therefore at minimal risk (LC).