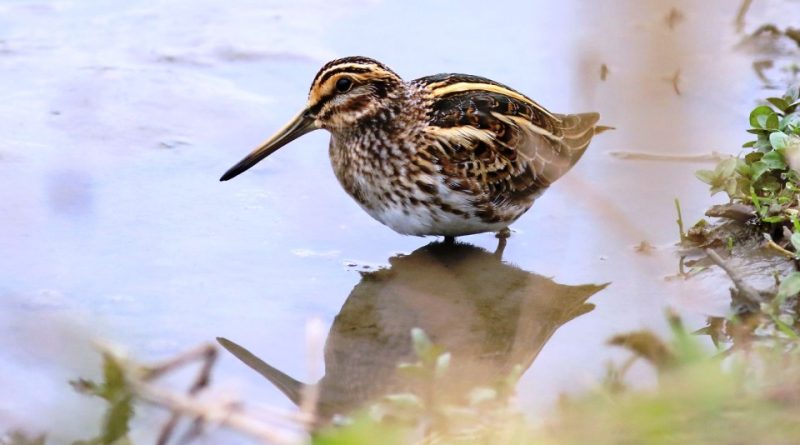 The Jack snipe (Lymnocryptes minimus Brunnich, 1764) is a bird belonging to the Scolopacidae family.

Geographic Distribution and Habitat –
The Jack snipe is a bird present as a breeder in north-eastern Europe and northern Asia from the 50th to the 70th parallel.
Its range includes all of Europe, all of Asia (except Laos and North Korea), Africa (up to the Democratic Republic of Congo), Alaska, California and Washington, Newfoundland and the Caribbean. Its presence is instead accidental in Zambia, Cameroon, Gambia and the Central African Republic, in Yemen, Lebanon and Syria, in Iceland, Liechtenstein and on some islands of the north-central Atlantic.
In Italy he spends the whole winter and is only passing through September-October and March-April.
It also moves south beyond the equator during the migration period.
Its habitat is that of swampy areas, marshes, rice fields, ponds, rivers, tundra and humid meadows with low vegetation in areas where it is residential such as northern Europe and northern Russia. 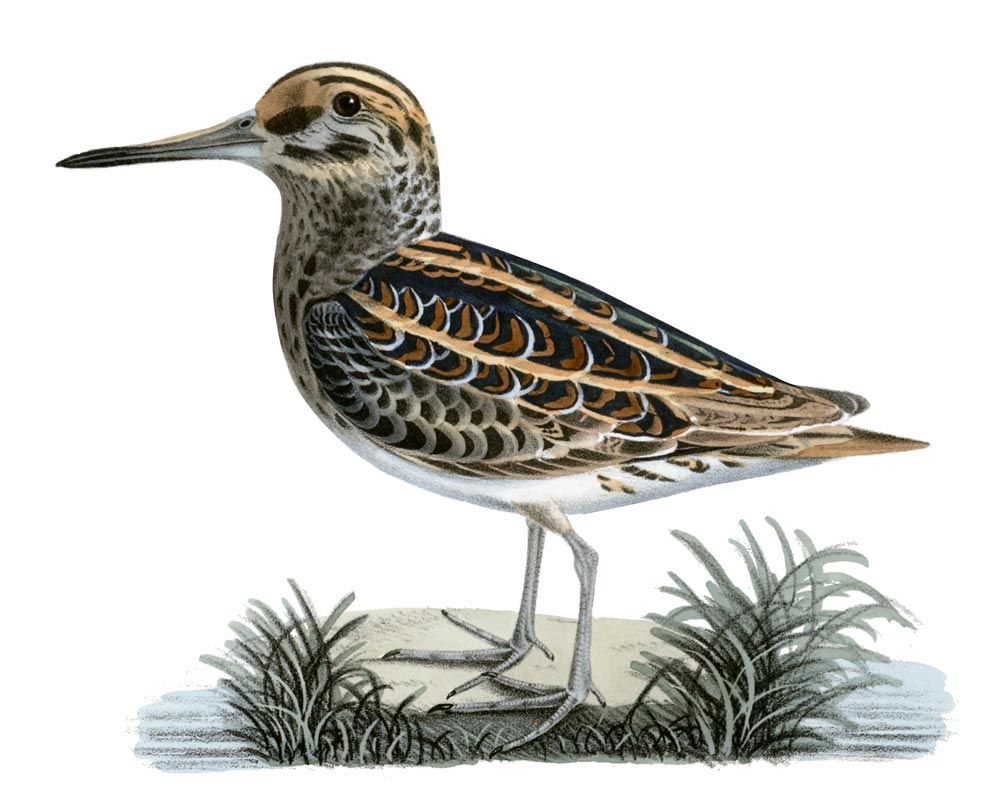 Description –
The Jack snipe is a bird with a length of about 20 cm, for a weight that varies between 50 and 90 gr, without sexual dimorphism. The beak is long (but shorter than that of the snipe), flesh colored, with dark apex, different design of the vertex; the tail is not fan-shaped.
The plumage is brownish with greenish reflections in the upper parts and streaked in the lower parts; the belly is whitish.
Unlike the Snipe, it makes no sound when it takes off and is reluctant to get up.
The eggs are pointed ovoid, beige in color with darker brown spots.

Biology –
Lymnocryptes minimus is a solitary and monogamous bird.
During the courtship phase, the male performs an aerial exhibition, in which he emits a characteristic sound like a galloping horse.
The nests are made in places well hidden in the ground where it lays 3 to 4 eggs.
The eggs are incubated for a period of 17-24 days.

Ecological Role –
The Lymnocryptes minimus is a bird with solitary and terrestrial habits and silent during the winter period; it moves away from the dense vegetation only at dusk to look for food.
Its feeding takes place probing or collecting on sight, in the soft mud, mainly insects and their larvae, earthworms and also vegetable material.
It is a difficult bird to observe as its coloring confers a very effective camouflage in its habitat.