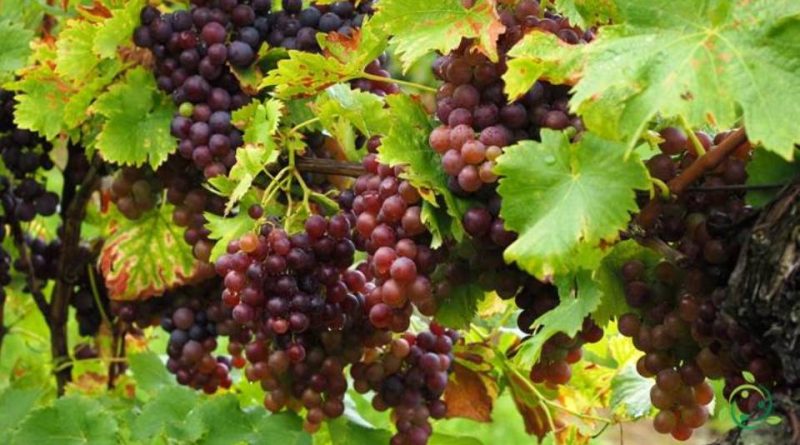 When pruning the Vine

The vine grown in Europe and in other parts of the world (Vitis vinifera L.), commonly called European vine, is a plant grown both for the production of table grapes and for the production of grape must.
This plant due to its vast range, cultivation techniques and human action has given rise to innumerable varieties and the science that studies and describes the existing vine varieties is called ampelography, whose name derives from that of the young satyr Ampelo. loved by the god Dionysus.

A brief history of viticulture –
It is not certain when viticulture began in Italy: the first evidence in Northern Italy dates back to the 10th century BC. (in Emilia). Widespread in more than 40 countries in the world, even if more than half of the world production is in Europe (especially Spain, Italy and France. The many species of vines belong to the Vitaceae or Ampelideae family, genus Vitis, divided into two subgenera:
– Muscadinia;
– Euvitis: the various species are grouped into three groups based on the area of ​​origin: American vines, East Asian vines and Eurasian vines (including a single species, Vitis vinifera).
Vitis vinifera includes two subspecies, V. vinifera silvestris (which includes wild vines from Central and Southern Europe, West Asia and North Africa) and V. vinifera sativa (which includes cultivated vines).
The cultivated vines can be divided into oriental vines (Caspian and antasian vines) and Mediterranean vines (pontic and western vines).
The optimal quantitative and qualitative production of this plant depends on numerous factors, including the farming techniques, the systems and the pruning period.

Pruning Period –
The vine pruning period is mainly the winter one (dry pruning), when the plant has completely lost its leaves.
In general, the exact time of pruning is between January or February, although for young vines, that is, less than three years old, it is advisable to wait for the end of winter, in order to intervene on the parts of the plant that have undergone the greater damage from climatic adversities.
Furthermore, the different ways of growing the vine also affect the periodicity of pruning.
It is usually pruned at the beginning of the second year, during the same year and at the beginning of the third. Furthermore, the various pruning interventions depend on the form of cultivation adopted and the vigor of the plant.
Furthermore, in the spurred cordon shapes, the third year is not dedicated to the cuts, but to the positioning of the branch on the horizontal line.
In all other forms of farming, however, the third year is dedicated to the elimination of overly vigorous apical shoots and to the arrangement of fruiting heads born from the buds below the wire.
Moreover, for vines with white grapes, it is also possible to intervene with summer pruning (green pruning), which serves to eliminate dry leaves damaged by solar heat or branches that hinder or productive ones.
For further information on pruning techniques, please refer to the specific sheet.

Summer pruning –
Let’s say right away that unlike winter pruning in which the methods and timing are widely known, for summer or green pruning there is less material for those who want to deepen this topic, also because the need in recent times to decrease, especially in grape must vineyards, the production load has partially changed this type of intervention.
In general, green pruning must be done in two different periods of the year. In fact, the proper green pruning should be done in summer (summer pruning) but there is also a spring pruning better defined as suckering.

Shooting and Checking –
For these two techniques there is no precise period to intervene. With the suckling, the shoots originating from the root system and the pedal (those that originate along the stem, the so-called suckers) are removed.
With the scacchiatura we proceed to the elimination of the excess shoots that have sprung up on the secondary and crown buds. Specifically, with scacchiatura the injured, weak or sterile shoots are eliminated.
We remind you that scacchiatura and desollonatura are carried out at the same time, when the shoots are easily removable and the bunches are already visible. Generally, the ideal period falls in the middle or the end of April. The suckling and the scacchiatura are performed when the shoots have, on average, a length of about 15-20 cm and therefore can be easily eliminated.

Topping –
The so-called cutting of the branches, called topping, is part of the pruning technique. The topping of the shoots serves to favor the formation of new leaves, useful for the production of the bunches. When it comes to green pruning and cutting of the shoots, it is good to finish the intervention by the end of June to allow the vine to develop new shoots (called feminelle) in the time necessary to allow the clusters to swell and ripen.
When it comes to green pruning, it is important not to act late: a pruning carried out in the middle of summer would force the vine to invest an excessive load of energy to rebuild the lost foliage, thus subtracting nutrients from the bunches that would not be able to complete the phase. of maturation in the best way. In addition, the late pruning of the vine risks lowering the sugar content and quality of the grapes.
As mentioned before, the vast area of ​​cultivation of this plant and the different cultivation and selection techniques have contributed to the formation of an innumerable quantity of varieties, in turn divided into vines for wine grapes, vines for table grapes and grape varieties apyrene or drying.

Vines of seedless or drying grapes –
This category includes cultures that do not have seeds inside the grape and that can be marketed as table grapes or for the production of grapes to be dried.