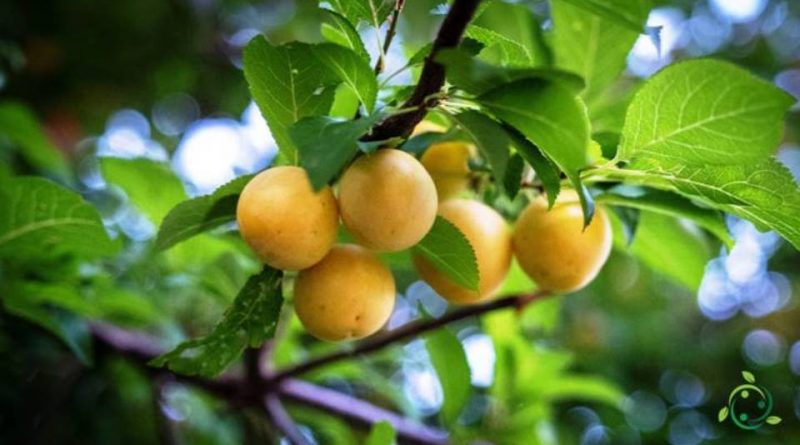 When pruning the Plum tree

The European plum or plum tree (Prunus domestica L., 1753) is a plant of the Rosaceae family native to Asia, and in particular in the Caucasus area, which later began to be cultivated also in Syria, mainly in Damascus. Subsequently, the Romans, around 150 BC, introduced it to the Mediterranean area, although it was the Knights of the First Crusade who brought it all over Europe around 1200 AD.
The plum tree is a plant that in order to have a perfect balance between vegetative capacity and productivity must be subject to a careful pruning technique, in which periods of execution must also be carefully chosen.

Pruning period –
In a plum tree in full production, pruning must be performed in the winter period, on the dry, and during the spring-summer season on the green.
In winter, theoretically, it can always be pruned, but this operation must be suspended during periods of frost; for this reason it is advisable to wait for the end of the cold season and check for any damage caused to the buds by frost.
This analysis is useful to understand how much productive charge to leave according to the one actually present.
In the southernmost areas where the frosts probably will not arrive, one must wait for the end of winter because in these areas pruning takes on another meaning, linked to the possible fall of flower buds due to failure to meet the cold needs. Again, pruning will be done according to the amount of flower buds actually left.
Even in the plum tree the pruning of a tree in production is distinguished in production pruning and breeding pruning.
For the more specific aspects of the pruning technique of this plant, please refer to the specification sheet.

Plum Varieties –
Regarding varieties, the main ones are:
– Florence ’90, early, Stanley, more cultivated, productive, and with higher quality, Empress, late, bigger and with less quality, unfortunately a virus receptacle, President.

Rootstocks for the Susum –
The Plum tree is a plant that, in order to have good productions and to adapt especially to specific soil and climatic conditions, needs to be grafted onto a rootstock. Amongst the rootstocks we remember:
– Myrobalan from seed (P. cerasifera)
– Mirabolano 29C, as it is also used with apricots and replaces B
– Mirabolano B, suitable for grafting
– Marianna, of which there are different types, resistant to asphyxiation
– Jaspi and Junior, the second is a bit more sucker.