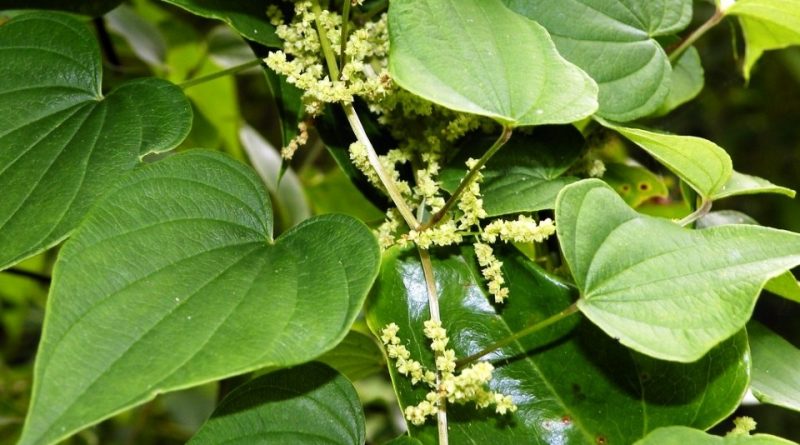 Etymology –
The term Dioscorea of ​​the genus was dedicated to Pedanio Dioscorides Anazarbeo (of Anazarbo Asia Minor), doctor of Greek culture, botanist and pharmacist, who lived in the first century AD.
The specific hairy epithet comes from víllus pelame or véllus shorn wool: with a coating of long hairs.

Geographic Distribution and Habitat –
Dioscorea villosa is a plant native to North America and is widespread in an area ranging from Texas and Florida in the north to Minnesota, Ontario and Massachusetts.
Its habitat is those of the limits of peat bogs, swamps, marshes, edges of rivers and lakes, bottoms of streams, sandy or rocky soils, wet or dry woods, hammocks, thickets, limestone or astragal slopes, road edges, where it grows from the level of the sea up to 1500 ms, lm. 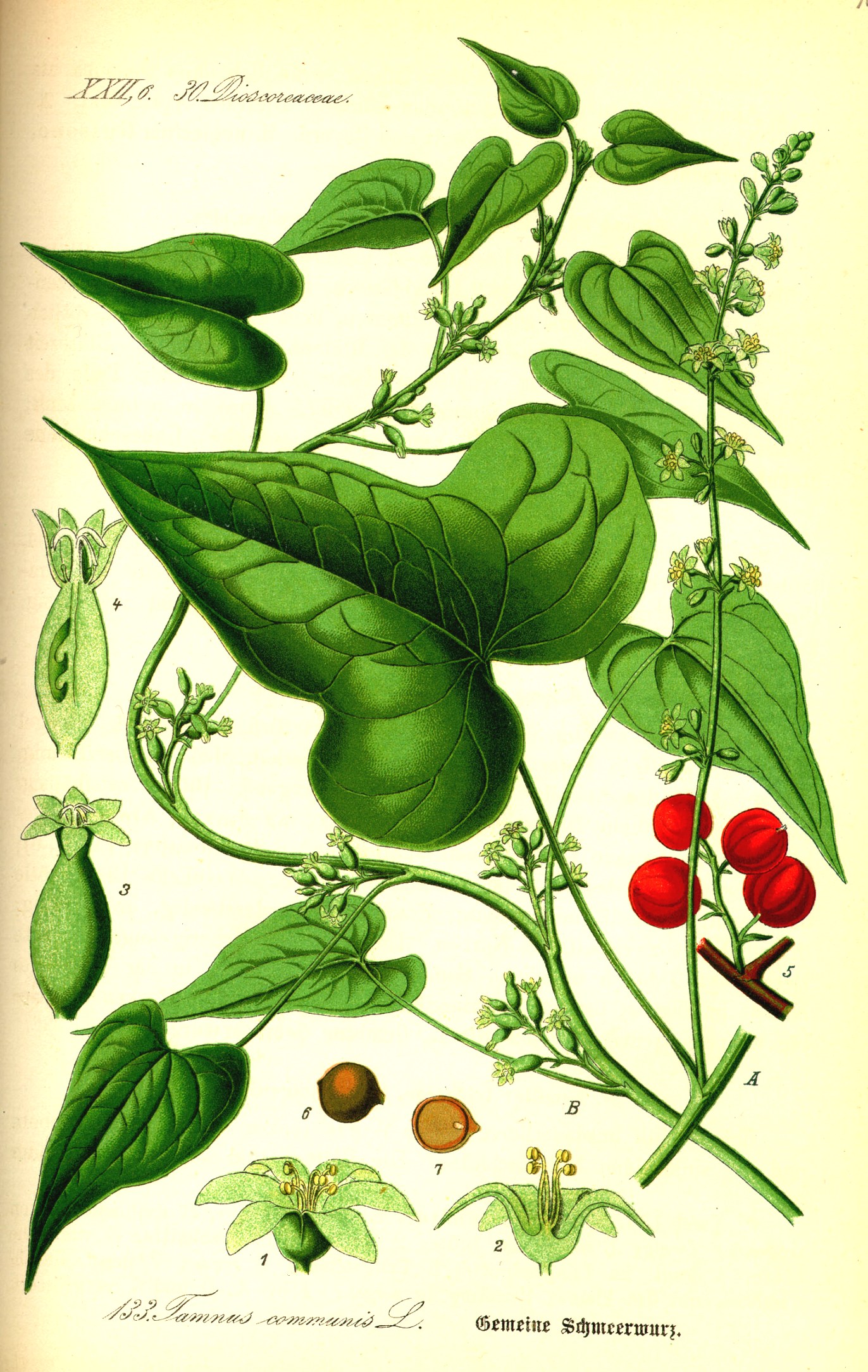 Description –
Dioscorea villosa is a perennial climbing plant that can normally grow up to 3.00 meters in height.
The stems are a rounded section and carry in alternate position and on long petioles very elongated heart-shaped leaves with very evident veins.
It is a dioecious species with male or female plants.
The masculine flowers are carried on inflorescences in the form of panicles that appear in clusters of 1 to 3 along the branches. The flowers are tiny and 0.3 cm wide, each with 6 white-green or yellow-green tepals and 6 fertile stamens.
The female flowers appear on racemes of 7-21 cm consisting of 5-15 flowers that develop from the axils of the leaves; these flowers are also small, similar in size to the female ones.
The female flowers produce fruits which are 2.5 cm capsules containing 1-2 seeds.

Cultivation –
The wild Igname is an easily cultivable plant, especially on fertile, well-drained soils and full sun while in a more shaded position it does not easily produce flowers and seeds and being a dioecious species, both male and female plants must be grown near they want to produce fruit and seeds.
Plants are resistant up to -15 ° C.
The plants produce tubercles (small tubers that form in the leaf axils of the stems) and can be propagated via these although they should be stored immediately in individual pots in a greenhouse or cold frame and planted in early summer.
Propagation can also occur by seed with sowing that must be carried out from the beginning of spring to mid-spring in a sunny position in a warm greenhouse and only slightly covered. It germinates in 1 – 3 weeks at 20 ° C.
It can also propagate by basal cuttings in the summer period or by division in the dormancy season.
The plant will often produce a number of shoots; the upper 5-10 cm of the root under each shoot can be potted to form a new plant while the lower part of the root can eventually be used for food purposes.
The tubercles that form in the axils of the leaves are harvested in late summer and early autumn, when they are about the size of a pea and easily detach from the plant.
The plant is also harvested in its natural state for local use as food and medicine.

Customs and Traditions –
Wild wood has been harvested since ancient times for food and medicinal uses but, now, since it is included in the United Plant Savers’ ‘at risk’ list, protection programs should be implemented.
In traditional Russian herbal medicine, saponin extracts from the roots of various varieties of Dioscorea villosa are believed to be anticoagulant, antisclerotic, antispasmodic, cholagogas, depurative, diaforetic, diuretics, and vasodilatators.
The roots of this plant, as well as other species of the same genus, contain diosgenin, which is generated from the steroid saponin disokin.
This substance is widely used in modern medicine to produce progesterone and other steroid drugs. These are used as contraceptives and in the treatment of various disorders of the genital organs, as well as in a host of other diseases such as asthma and arthritis.
Other constituents are starch, alkaloids, tannins, and phytosterols.
The following actions include antispasmodic, anti-inflammatory, antirheumatic, cholagogue, diaphoretic, analgesic, antitussive, antiasthmatic, expectorant, antidiabetic, vasodilator, cardiac sedative, bitter, hepatic and diuretic.
Among the major applications for medicinal use are the uses for inflammatory conditions of the gastrointestinal tract, joints, uterus and ovaries. This plant reduces inflammation and pain associated with intestinal cramps. This may occur as a result of inflammatory bowel disease, flatulence, diverticulitis, nausea, and vomiting. It has a specific use for biliary colic and acute phases of RA. It will help in all types of arthritis, joint / muscle pain, neuralgia and inflammation.
The anti-inflammatory action is believed to be due to steroid effects.
It is unclear whether the body can convert dysogenin into progesterone or other hormones.
In the intake of this substance no toxicity is reported but at high doses they may have nausea, vomiting, diarrhea.
To date, there is little clinical research on Dioscorea villosa and the only study on a cream containing extracts of this plant, for the symptoms of menopause, failed to find any value from this therapy. Furthermore, according to the American Cancer Society, there is no evidence to support that wild yam or diosgenin are safe or effective in humans.

Preparation Method –
The root of Dioscorea villosa is harvested in the fall and dried for later use. The root should not be stored for more than 1 year, as it is likely to lose its medicinal virtues.
Caution is advised, however, in the use of this plant; when taken fresh, it can cause vomiting and other side effects.
The root, harvested in September, is used to make a homeopathic remedy.
Its main use is in the treatment of infantile colic.