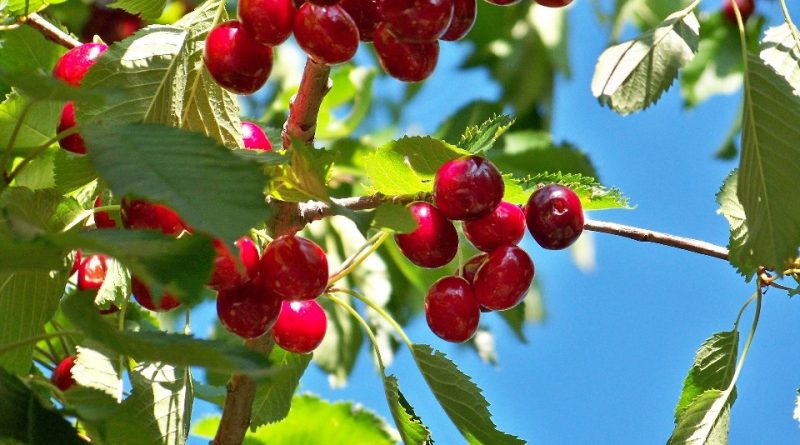 When pruning the cherry tree

The cherry tree (Prunus avium (L.) L., 1755) is a tree of the Rosaceae family, native to Europe, in a vast area ranging from the British Isles to Russia, including France, the Iberian Peninsula, Italy, Germany up to throughout the east and Asia Minor.
The cherry tree has a high cold requirement and is sensitive to water stagnation, conditions that oblige its cultivation in areas at higher altitudes or latitudes and in suitable soil conditions.
In fact, in Italy it is naturally present from the high hills to the mountainous areas, sometimes on the border of the typical area of ​​broad-leaved trees, presenting a good resistance to cold.
This species, together with the sour cherry (Prunus cerasus L., 1753), which has fewer needs in cold and soil conditions, is one of the two species of wild cherry that are the origin of cultivated cherry varieties.
Among the varieties we mention: White Piedmontese Graffione, Black Durone di Vignola, Bigareau di Conversano, Ferrovia, Early lory, Giorgia, Adriana, Van, typical southern, Lapins, early, Sweet Heart, late in the center-north and others recently introduced.
The propagation of the cherry tree occurs mainly by cuttings, while rootstocks are obtained from seed and offshoot.
The pedoclimatic needs obviously do not affect only the latitude and altitude and the types of soils where the cherry tree can be grown.
The cultivation technique with, in the foreground, the period and the pruning technique are also important.

Pruning period –
In the cherry tree, as in other fruit trees, the two pruning techniques must be distinguished, namely that of breeding and that of production.
Breeding pruning, also called training pruning, must be practiced in the first two years of the tree’s life. This is the period in which the desired shape is given to the plant. The ideal period for this pruning is between the end of spring and the beginning of summer. Furthermore, in younger trees it is advisable to prune during the summer, because the mild temperatures facilitate the healing of wounds.
The breeding pruning should be performed, approximately, up to the fourth year of life of the tree, as this tends to bear fruit starting from the fifth year.
Production pruning takes place from the 5th year onwards. With this technique you can also intervene in winter, practicing the so-called dry pruning. In this case, the optimal period is from the end of January to the end of February.
Recall that at this moment we intervene with back cuts, that is, with the shortening of the branches that seem to show signs of poor production. However, if the plants are grown in colder climatic areas, it is advisable to intervene in winter and to postpone the intervention. However, it is never pruned in freezing conditions.
In fact, production pruning can be practiced even at the end of summer, obviously avoiding the vegetative season and the periods that coincide with the development of the shoots, with flowering and fruiting.
Always remember to make light cuts, in an oblique direction and made with clean and disinfected tools, both before and after use. This will prevent the introduction of molds or other pathogens.
A final mention should be made of the time when the cherries were harvested. These must be harvested when fully ripe as once detached from the tree they no longer ripen.
The harvest takes place over a period of time ranging from May to July, depending on the variety cultivated and the latitude and altitude where the plant is grown.