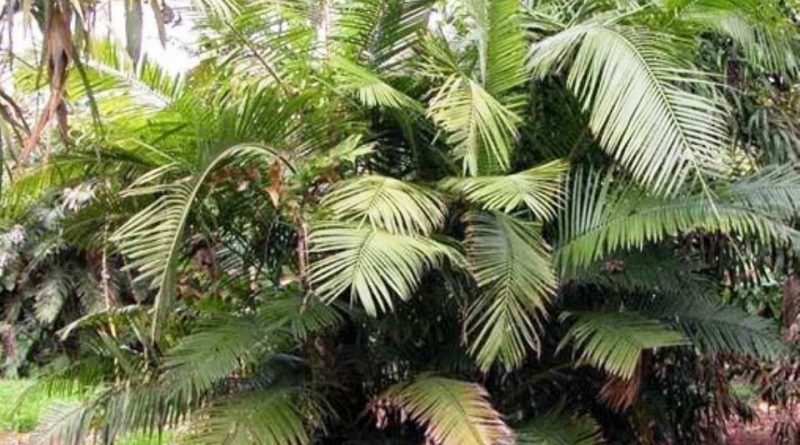 Etymology –
The term Daemonorops derives from Daemon which is the Latin word derived from the ancient Greek daimon (δαίμων: “god”, “divine”, “power”, “destiny”), which originally referred to a minor deity or guiding spirit.
The specific epithet propinquus comes from própe close to, next to: close, similar, closely related to similar species.

Geographic Distribution and Habitat –
Daemonorops propinquus is a plant native to Southeast Asia where it grows spontaneously but is cultivated in some parts such as on the island of Sumatra.
Its habitat is that of forests with an equatorial climate, with hot and humid temperatures and rainfall throughout the year. In these areas the average annual temperature is around 30 ° C and over 1000 mm of rain fall in a year. 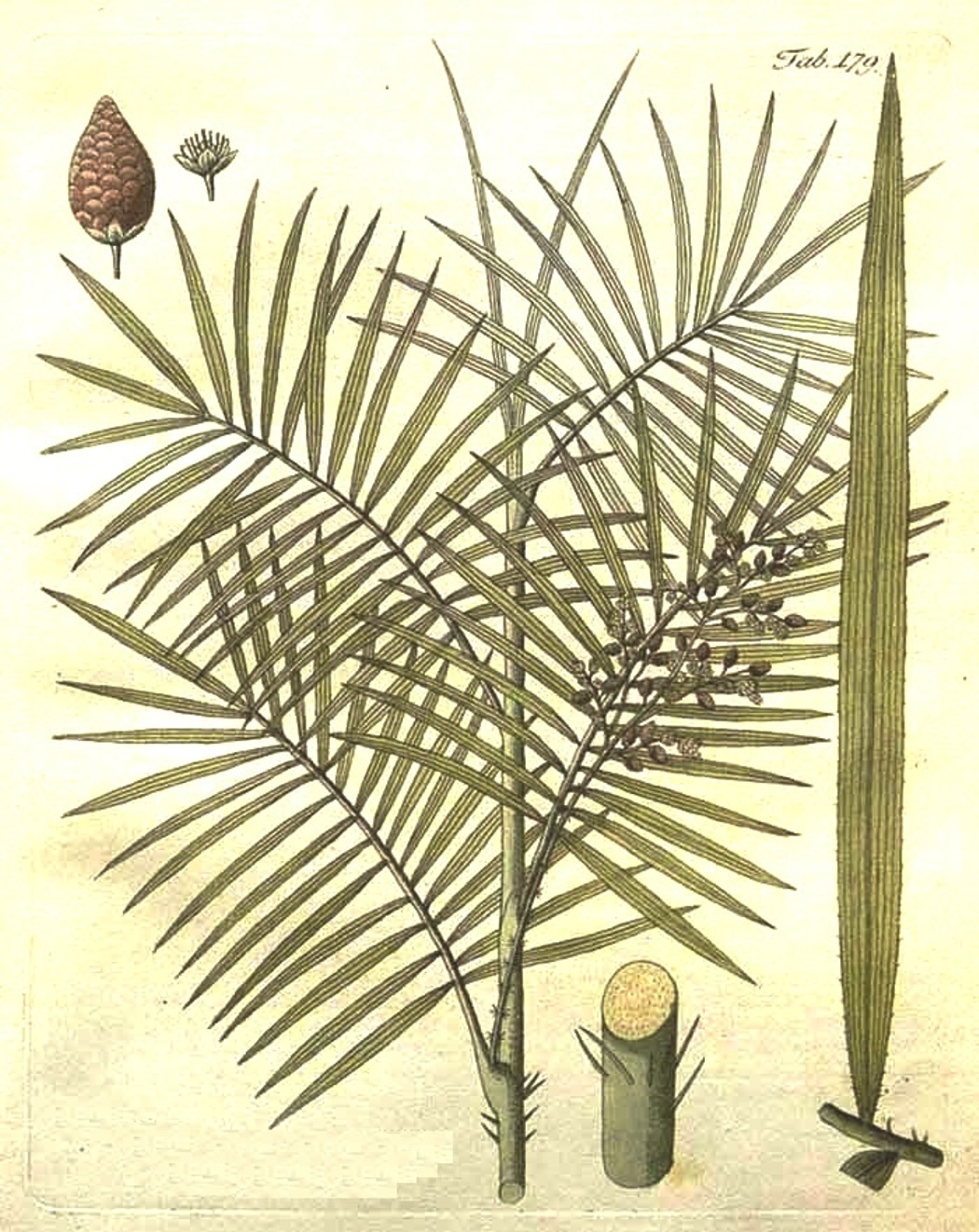 Description –
Dragon’s blood is an evergreen palm that carries a cluster of unbranched stems up to 15 meters long in a terminal position that can climb into the surrounding vegetation.
It is a dioecious plant so it is necessary to cultivate both the male and the female form if you want to obtain fruits and seeds.

Cultivation –
Daemonorops propinquus is a plant from the lowlands of tropical wetlands.
They grow best with their roots in the shade but with enough space for their foliage to develop in the presence of light.
They benefit from the presence of humus-rich soils.
Propagation is by seed and harvesting is done by climbing a tree near the plant and picking the fruit by hand. Older fruits contain more resin.

Customs and Traditions –
Malayan dragon blood is a resin obtained from D. propinquus and other species.
In the past it was used in medicine as an astringent, but it is almost or completely inert and is now no longer administered internally. It is sometimes used to add color to plasters.
Dragon’s blood is an odorless and tasteless resin, insoluble in water, but soluble in alcohol, ether and volatile and fixed oils, with which it forms red solutions. According to Herberger, it consists of 90.7 parts of a red resin, which he calls draconine, 2.0 of fixed oil, 3.0 of benzoic acid, 1.6 of calcium oxalate and 3.7 of calcium phosphate. Tschirch (Harze und Harzbehälter, 1900, p. 189) carried out an elaborate study on dragon’s blood and found 2.5% draco-alban, C20H4O4, which is a white substance that dissolves with decomposition at about 200 ° ; 13.58 per cent draco resen, a yellow resinous substance of formula C26H4 4 and 56.86 per cent draco resin, a resin ester or a mixture of tannol esters, benzoic and dracoresin esters and benzoylaceticdraco-resinotannol ester, and, finally, 18.4 per cent of insoluble substances.
On the surface of the fruit, when ripe, there is an exudate, which is separated by rubbing, or stirring in a bag, or by exposure to the steam of boiling water, or finally by decoction. The finer resin is obtained by the two previous methods. It comes in two forms: sometimes in small oval masses (the so-called dragon’s blood tears) varying in size from that of a hazelnut to that of a walnut, covered by the leaves of the plant and connected in a row like beads in a necklace; sometimes in cylindrical sticks, 45 cm long and of variable diameter from less than one cm. to 1.3 cm., and thickly covered with palm leaves and tied in round with thin strips of reed.
According to traditional medicine this resin has the following indications:
– to stop diarrhea;
– maintain the digestive system also to treat dysentery;
– relieve the symptoms of canker sores such as chapped lips, etc .;
– used as an astringent to prepare toothpastes;
– as a treatment for eye pain due to irritation such as red eyes and sore eyes;
– to treat pus and blood in the urine;
– to reduce abdominal pain;
– prevent infection and accelerate wound healing;
– anti-inflammatory property that allows you to treat inflammation such as swelling or bruising;
– to stop bleeding especially on wounds;
– as a powerful analgesic to reduce various pains;
– to reduce trauma due to fracture injuries;
– to increase tissue consistency and prevent rotting wounds.

Preparation Method –
Dragon’s blood, for medicinal purposes, is usually taken by using boiled fruit and then drinking water. This traditional way has long been used and has even become a recipe for generations.