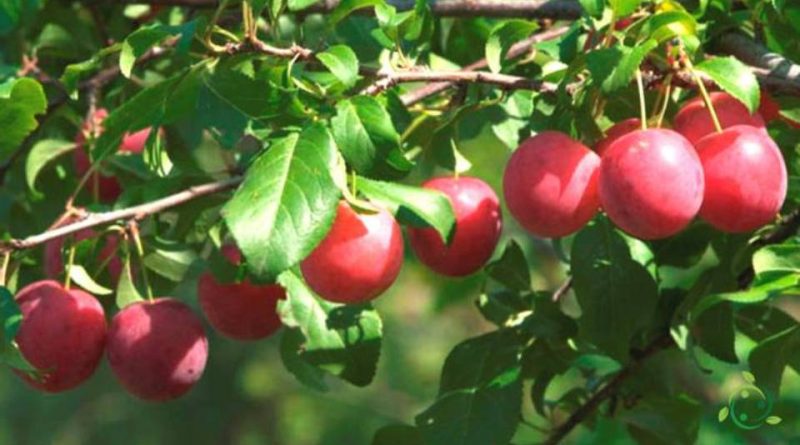 How to prune the Cherry plum

Cherry plum, also known by the names of amolo, brombolo, marusticano or simply rusticano (Prunus cerasifera Ehrh., 1784) is an arboreal species belonging to the Rosaceae family.
It is a plant of interesting development, typical of central and eastern Europe and central and south-western Asia.
In Italy it is found mainly in the wild and is a fruit tree often used as an ornamental tree.
The myrobalan is a rustic tree, resistant to many parasites, does not fear the cold and is adaptable to different soils. It is mainly used as a rootstock plant for some cultivated species of Prunus. In France there are fruit crops, while in Italy the Cherry plum has only an ornamental function, especially with the “Pissardii” cultivar which has dark red-purple leaves and a beautiful pink bloom.
It is also a plant that is melliferous, with flowers heavily harvested by bees.

Pruning technique –
The Cherry plum can grow freely, without even the need for pruning, especially if bred for ornamental use. Whatever the case may be, it is advisable to carry out cesori interventions to reduce the foliage, especially if the goal is to produce fruit, damaging a vase shape. In the latter case it will be necessary to prune the myrobalan only after flowering, only after the plant has assumed the adult conformation and therefore towards after 10 years.
The myrobalan is a plant that must be bred in its natural state therefore the pruning interventions must be done only to contain the growth in height and to give harmony of shape to the foliage.
In general, given its use as an ornamental plant, pruning is more similar to that of ornamental plants, rather than real fruit. In fact, it tends to be allowed to grow freely so as not to alter its natural appearance.
Even if it is grown with the aim of producing fruit, too intense pruning could reduce flowering which, in addition to being one of the major attractions of these species, would decrease production.
The moment of pruning is the one following the fruiting (remember that the harvest of fruits is gradual and generally goes from June to July depending on the variety), when the plant has lost its leaves; at this time, the longer and more disordered branches, the internal ones, are shortened to favor ventilation in the innermost parts of the canopy.
It is advisable to sharply prune dry branches and those damaged by resinous cancers. Pruning is easily done as the tree stripping leaves the flower buds and wood buds clearly visible.
A few cuts are enough, limited to the removal of dry or very weak branches. Eventually, if it is necessary to reduce or contain the growth of the plants, a pruning can be carried out after flowering by eliminating the most developed buds with some “back cuts” which is the technique with which the three-four-year-old branches are cut. at a lateral branch.
One last piece of advice concerns the need to intervene constantly, and therefore moderately every year, in order not to force the plant for more than a year to have to reconstitute the subtracted vegetative part.
Clearly this pruning technique is valid if the plant has been grown in the form of a tree, therefore with a central trunk from which 3-5 branches are impaled at a height of 1-1.3 meters.
Since the Cherry plum is cultivated for different purposes, other forms can be obtained such as: isolated bush, for ornamental purposes, as a windbreak hedge.
In this case, all the branches will be allowed to grow from birth, not limiting the growth of a single stem.